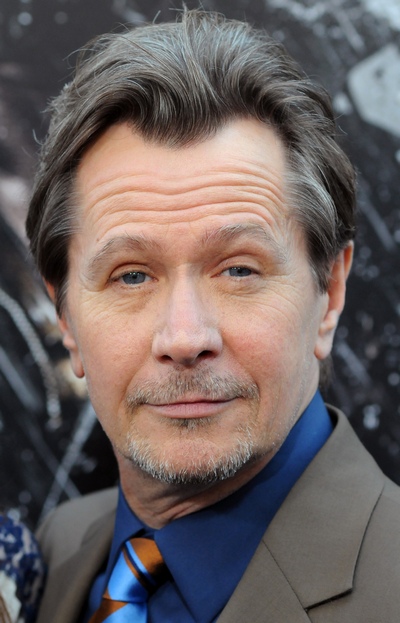 First up is what he had to say to E! Online about another villain possibly appearing from Batman's history.

I think it’s a villain from one of the old, old, from way back from the old comics. It is a Batman villain… It’s not going to be the Joker.

The other thing he had to say, was when he talked with FlicksandBits.com. They asked the question about putting on the Commissioner Gordon uniform to which he replied,

My drab greys and beiges (laughs). I went to the production offices the other day and there’s all these fantastic pictures across the wall, Catwoman, this, that, and I thought where’s my wall? I don’t have a wall, I just have a rack of very very dull clothes (laughs). I’m looking forward to working with the gang again, Academy Award winning Christian Bale, I bet he won’t get my coffee anymore (laughs).

So could Catwoman show up in the film? And whose the other villain? The Dark Knight Rises starts shooting in May.