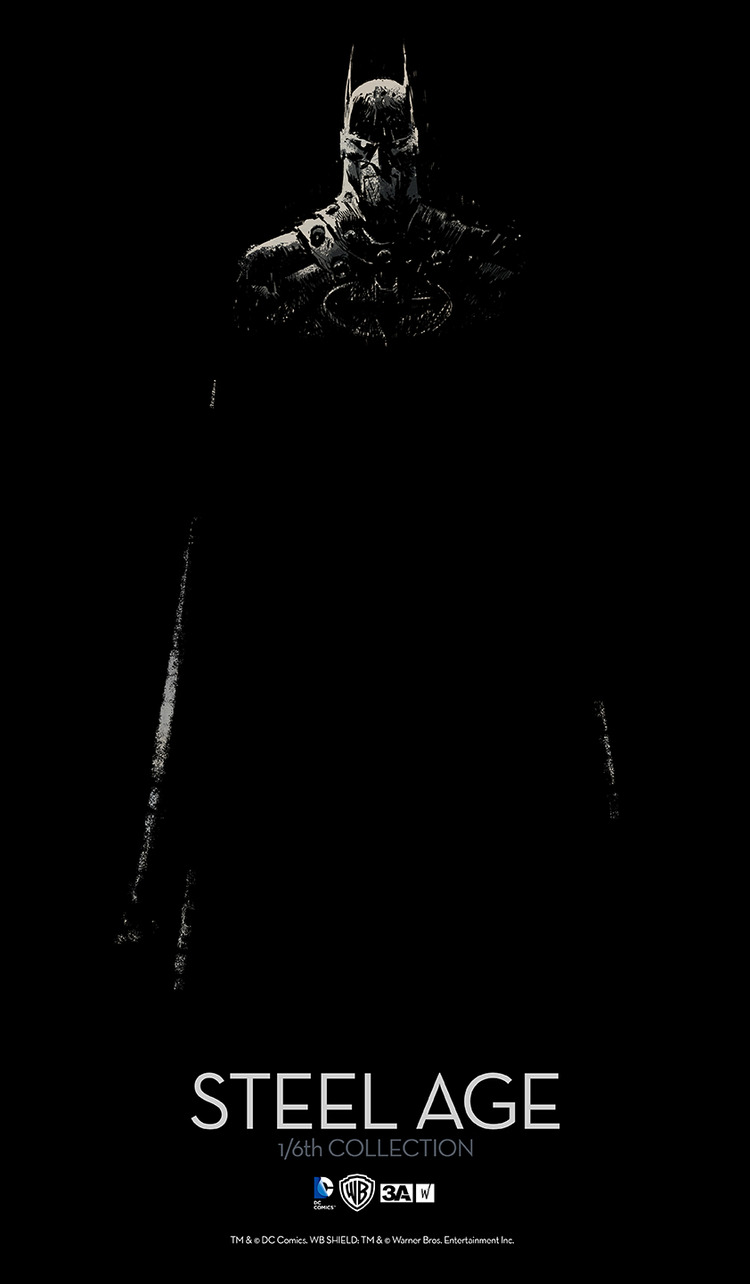 3A has announced that they have partenered with Warner Bros. and DC Entertainment to create Steel Age. The description of what it entails is as follows:

The Greatest DC Comics Super Heroes as you’ve never seen them before! Ashley Wood has envisioned a new universe where the villains have won. The rebirth contingency plan is initiated – Steel Age. Robotic versions of the fallen heroes are forged. Constructed to wage war on crime. A new League to carry on their legacy of Justice.