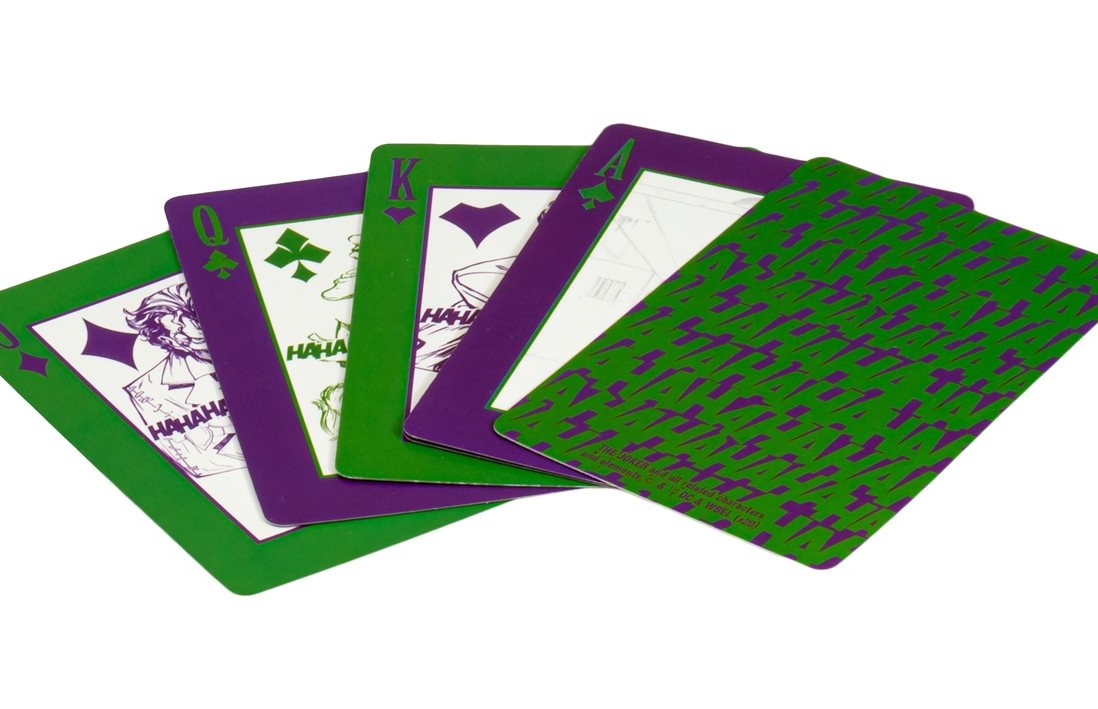 Aquarius has released details for their latest sets of playing cards, which feature Harley Quinn and the Joker. Each set features a variety of depictions of these two villains. They are priced at $6.99 each and are expected to ship in April 2020. You can preorder either set at Entertainment Earth now by following the links below. HAHAHA! Channel the Clown Prince of Crime and cause a little chaos in Gotham City with this officially licensed deck of The Joker themed playing cards.
Price: $6.99
Preorder at Entertainment Earth