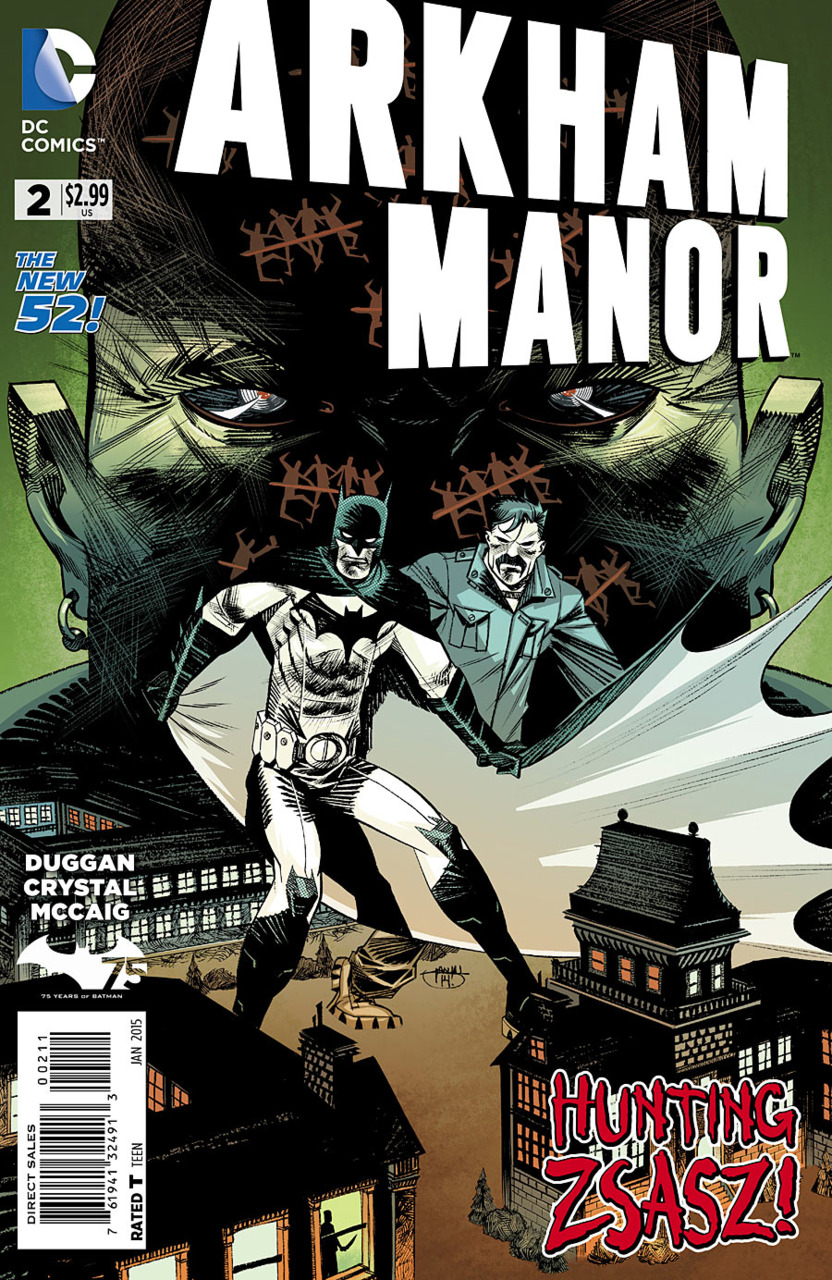 I can easily see Arkham Manor being frustrating for a lot of Batman readers. The premise itself is so heavily rooted in the aftermath of recent events in Batman Eternal that if you aren’t following that book weekly you might be going into this Arkham Manor completely scratching your head. Like Matthew McConaughey figuring out the identity of the Yellow King, you can drive yourself mad trying to piece together the timeline between all of the Bat-books and trying to find where Arkham Manor fits in. But my advice for anyone going into Arkham Manor #2 thinking about making all of this fit?

Not only are you going to want to pull your hair out but you’re going to be disservice to what is turning out to be a really fun read. This issue we find Bruce, disguised as Jack Shaw, still in Arkham Manor investigating the murders from issue #1. The investigation is taking Bruce a little bit longer than he initially anticipated which is to his detriment because as time continues to go by the bodies begin to pile up. Bruce’s initial belief is that Zsasz is behind the two murders but at this point that seems like such an obvious plot beat that we all know that there will be another twist in the coming issue.

Because writer Gerry Duggan has momentarily stripped Bruce of being Batman we are finally getting the grizzled detective that we haven’t really had too much of an opportunity to see since the New 52 began. A Bruce that is forced to rely on his wits as opposed to the Batcomputer. It’s nice to see and Duggan’s writing, in this case is almost reminiscent of Raymond Chandler, services the material admirably. The writing is lean, the dialogue is tough, and the twists are frequent.

In issue #1 Shawn Crystal’s art was a little inconsistent, character models made some characters indistinguishable in some panels. That is not a problem here. In the first three pages of Arkham Manor #2 Duggan and Crystal do something that is pretty incredible. They introduce a character (Seth Wickham). They make us fear Wickham on page one and then immediately make us sympathize with him on pages two and three. It’s no small feat but the strength of this opening scene and Duggan and Crystal’s ability to round out a character in such a small amount of time is reason enough to get me excited about the future of Arkham Manor.

●    Mr. Freeze is used as comedic relief in this issue. There aren’t any obvious cold puns thankfully but there definitely a lot of one liners. To be frank? The characterization kind of sucks.
●    I know I said not to freak out about the continuity and to try and enjoy the issue on its own but the inclusion of Eric Border combined with Mr. Freeze saying things like “Inform Batman we have a real Joker here.” will have your wheels turning regardless.
●    Who is this geezer and why is Bruce so afraid of him? I have no clue where this is going.
●    Also, how does this remain an ongoing series? Obviously Wayne Manor can’t stay like this forever right?