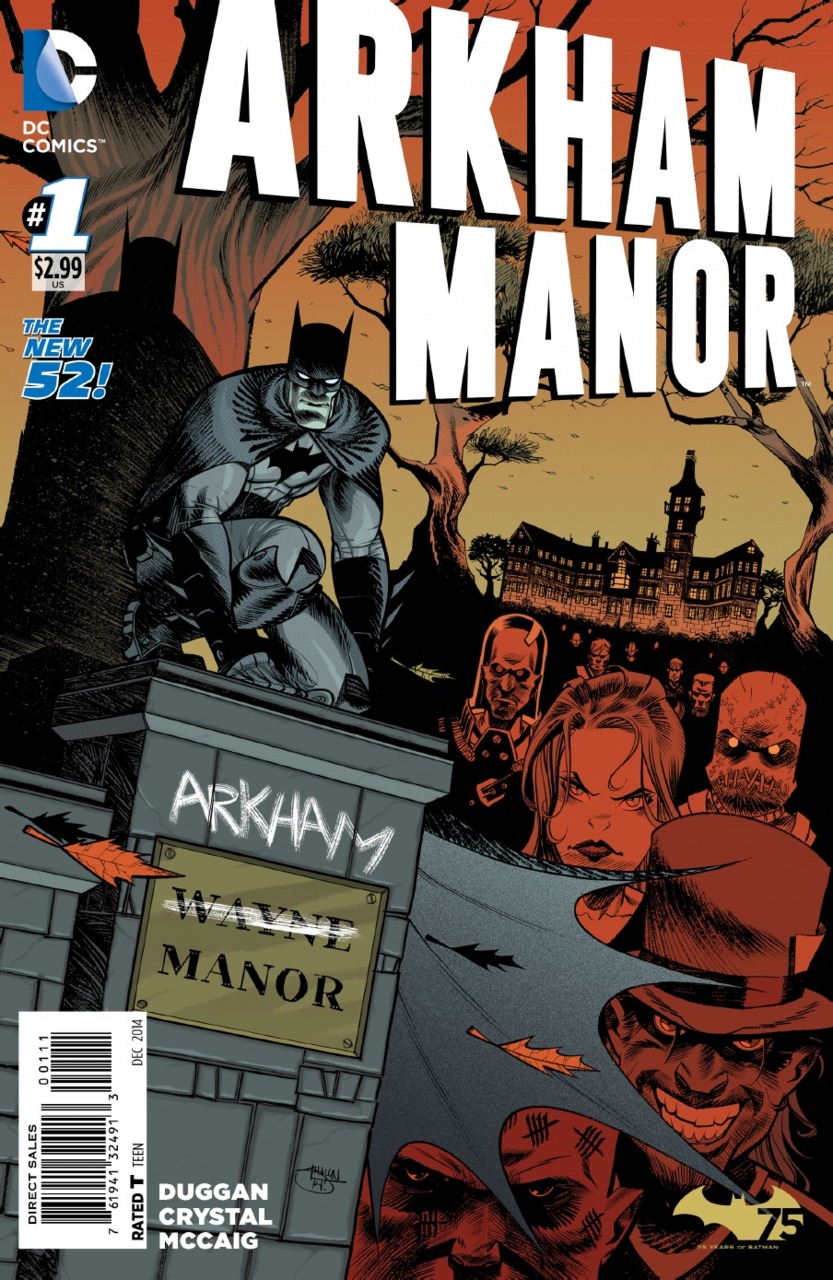 Gerry Duggan is now writing Batman. This is a welcome to me after seeing what he can do on Batman #34. That was a fantastic issue, and it really made me look forward to what he would do with this book. Although this issue wasn’t as good, it was solid enough, and made me excited for this new title. It’s not a one-and-done, so maybe that made a difference. Of all the changes made in Batman Eternal, I feel like this one shows the biggest difference. This takes place after #30 of Eternal, so apparently next week will be a big week, with some of the teases here. If you are wondering why they would release this a week before the issue this takes place after, I don’t know that it would have the same effect. It has some surprising reveals that wouldn’t do anything for you otherwise.

Shawn Crystal has a very cartoony style. He did some work on Deadpool, if that gives you an idea. It’s kinda dirty in tone, but clean in majority of his lines. It fits well, and I’m liking the new shift for the same boring art we were getting in every issue of every title.

Gotham Joe, a news station, is reporting on the new implications regarding Arkham. As we just read in Batman Eternal, Arkham is now a gateway to Hell. The Asylum has caved in on itself. Inmates are everywhere, and a new home for them needs to be found. Major Hady decides to use Wayne Manor, since Bruce has recently lost the family fortune, and the house no longer belongs to him. They begin work on the place. Tearing a home down, and making it into an Asylum.

Below, in the Batcave, Bruce isn’t happy, as we all probably would be. He would rather blow the place, than let it be turned into a home of psychopathic killers, but he knows it’s what his parents would have wanted. He has sealed the entryway through the clock with concrete. No one will find it.

After his usual patrol, he makes his way back to his new home… His apartment. Alfred, being the loyal dude that he is, is still there taking care of him. They have received a call, and Batman is needed at the Manor.

An inmate has died. Batman is investigating it, when Bullock tells him that they were actually called in for a different murder. Batman rushes back, and they locate the other body. They delete the man’s record, so that he is buried in Potter’s Field. Bruce then uses the digital mask, to infiltrate the Asylum as this man – Jack Shaw… To be continued.

A good solid beginning of a story, I look forward to seeing how this plays out. Duggan and Crystal do a great job of showing the emotional fallout Bruce and Alfred have of loosing the family home. It keeps hitting him in a way that they are constantly reminded of what they lost. All-in-all, it was a great read. I’m looking forward to this book.