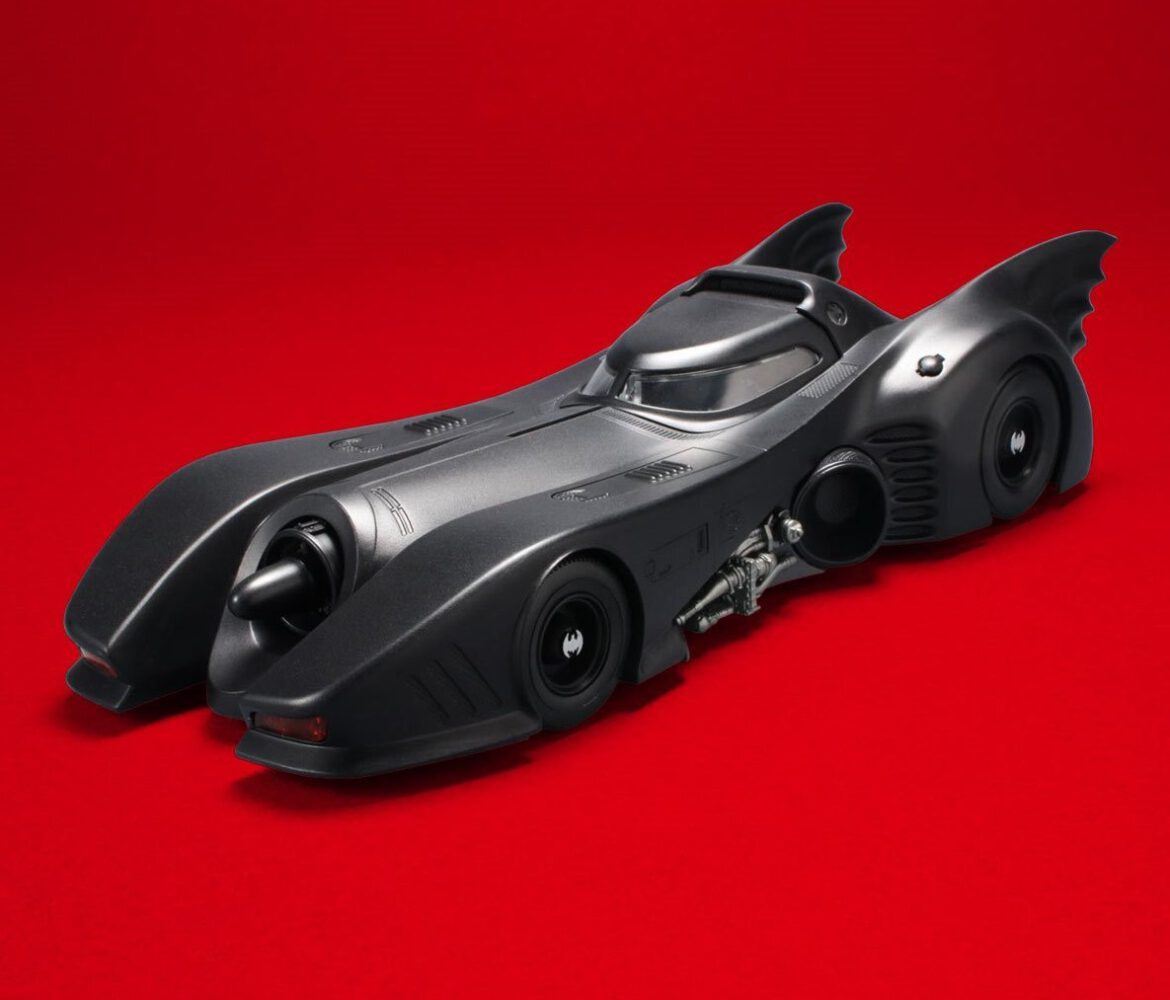 Bandai has released details for a new one-to-thirty-five scale model kit that features the Batmobile from Batman (1989). The model measures about fourteen inches long and features movable and hidden components. The set is priced at $47 and is expected to ship in July 2022. You can preorder the model kit at either Entertainment Earth or Sideshow Collectibles. 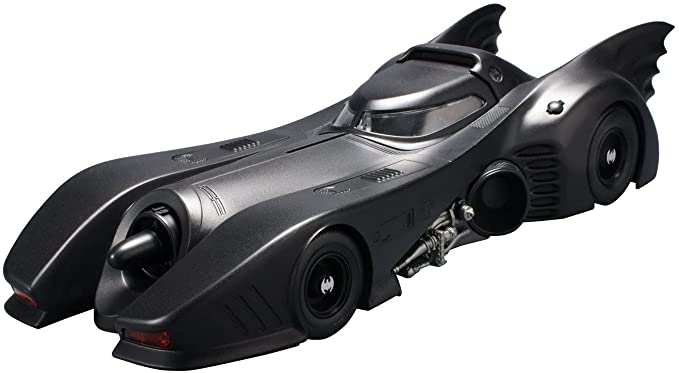 The Batmobile’s signature black color scheme truly stands out with parts made of metallic-colored materials and an exterior that has been changed to have a matte surface. The result is an authentic, scale model kit with engravings faithful to its film counterpart.

The interior has also been intricately recreated, with details such as the sliding and moving turbine engine and roof section of the cockpit that can slide to open and close! Recreate your favorite Batmobile scenes with the machine guns and rocket anchors deployed or in a stored position by changing up the parts.

Heroes of Gotham and beyond, add the legendary Batmobile to your collection today!