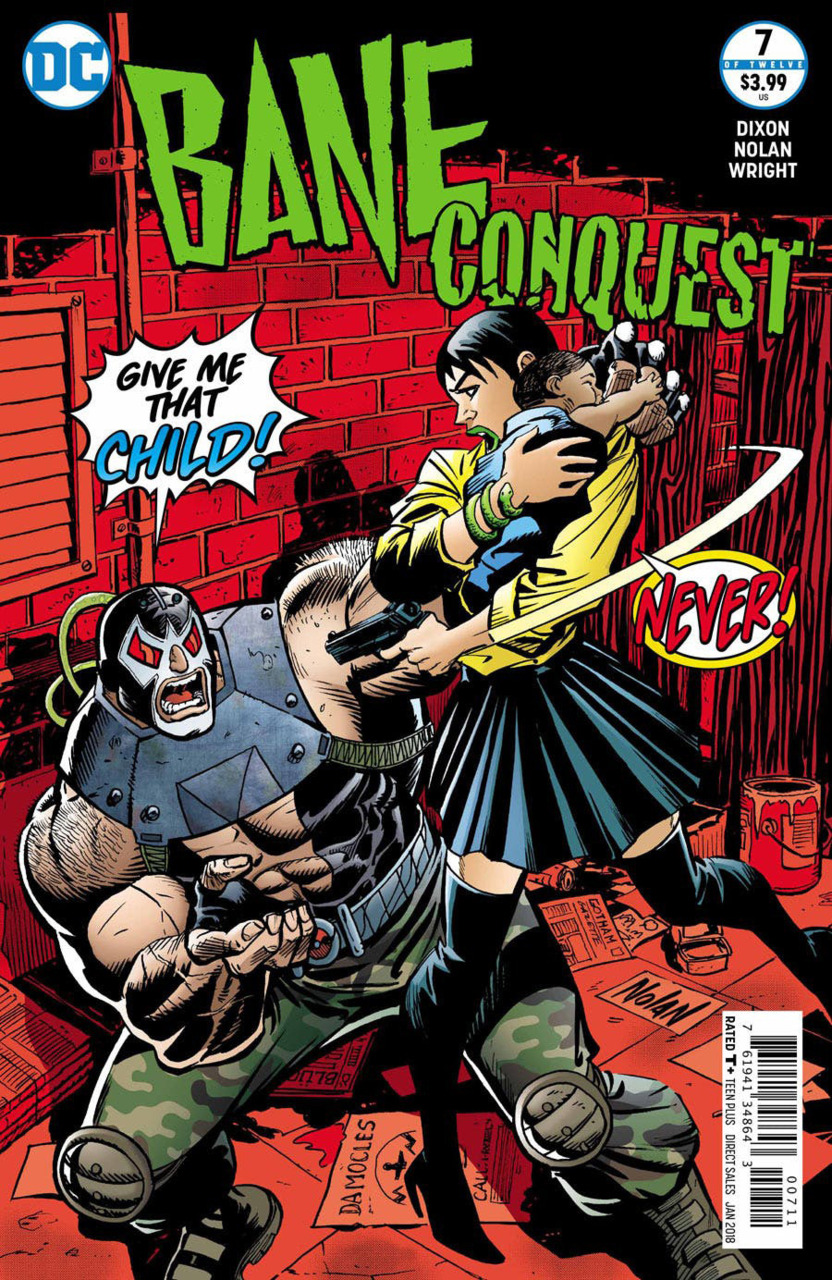 Overview: After the demise of the Naja-Naja, Bane and his crew are in a race against time to find the next Naja-Naja, in direct competition with the Kobra Cult!

Synopsis (spoilers ahead): Fresh off the incidents of the last issue, Bane and his crew have washed ashore atop of a Kobra submarine! They quickly lose their captiove, the Naja-Naja, and narrowly escape the gunfire of the Kobra fanatics. Unfortunately for the Naja-Naja, once “safely” back in the hands of Kobra, he slips on a submarine ladder and breaks his neck! See ya later, Naja-Naja.

This sets off a mad search for Bane and his crew, guided by the devious Dionysus and his Herod computer program, which tracks the births of infants who were born in the same instant the Naja-Naja died, as the mystics in the Kobra cult seek to ascertain the position of the Naja-Naja newborn.

Infighting is breaking out amongst Kobra members as they fight and struggle for position with the vacancy up top, while the mystics are busy with the burial of the previous Naja-Naja and attempting to find the next one through ritual trance and prayer, and Bane and his crew attempt to use that to their advantage.

After Dionysus’s initial predictions prove incorrect, a single mother in Bludhaven posts a picture of her newborn’s birthmark on the internet, putting the next Naja-Naja on the grid and to the attention of Bane and his crew. Together with Bird, Bane crashes the house of the newborn babe, but sadly, Kobra is already there, in the form of one of their mysterious female assassins! Hijinks ensue, and she almost escapes with the baby before Bane captures her, pinning her by the throat. When she pleads she wishes only to be with the child to train and guide him, Bane shows some unexpected mercy and releases her – only to find she only needed a few seconds for her kill team to arrive!

Analysis: Bane: Conquest is an effortless read, the pages sing with action and sly humor. Fan’s of Chuck Dixon and Graham Nolan’s distinguished work on Detective Comics during a long stretch in the 1990’s will doubtless enjoy the fast paced, clear storytelling style, which also serves to deepen the character of Bane and his crew. I want to draw attention the art in this review, in particular the striking cover image by Nolan which grabbed me as if I was a kid back in the news-stand!

There’s a sense of fast, adrenaline-fueled drama in Bane: Conquest which activates the inner child, the lover of the pulpy comic adventures which the superhero industry was built upon. Although this comic exists on the periphery of The Batman Universe, submerged in the murky motivations of Bane and his crew, there’s a refreshing clarity and directness to the action that draws in the reader. Bane doesn’t waste time worrying about his inner struggle, he’s a focused and capable individual pushing his team toward an objective. Dark humor lurks on the outside of the action, such as when Bird slyly back talks Bane as he pounds his fists on slabs of meat. And there’s a quietness lurking beneath the pulse of the action. When the Naja-Naja dies by complete accident, Bird wants to celebrate, but Bane intones “Luck is for the weak. Luck is for the ignorant.” When he collapses in his seat, on the come-down of a Venom rush, Bird notes “Venom is God’s own high. But the crash is unforgiving.” Given space to plot out this return of Bane in this maxi-series, Chuck Dixon gives readers both the action-high and a nice slice of character. Bane: Conquest is a title that constantly gets in the team photo for best comic on the shelves. Grab it now, kids, before Bane comes to break you!

Final Thoughts: A highly energetic and fun addition to the Bane Conquest series, this book is cooking with real gas! Highly recommended.