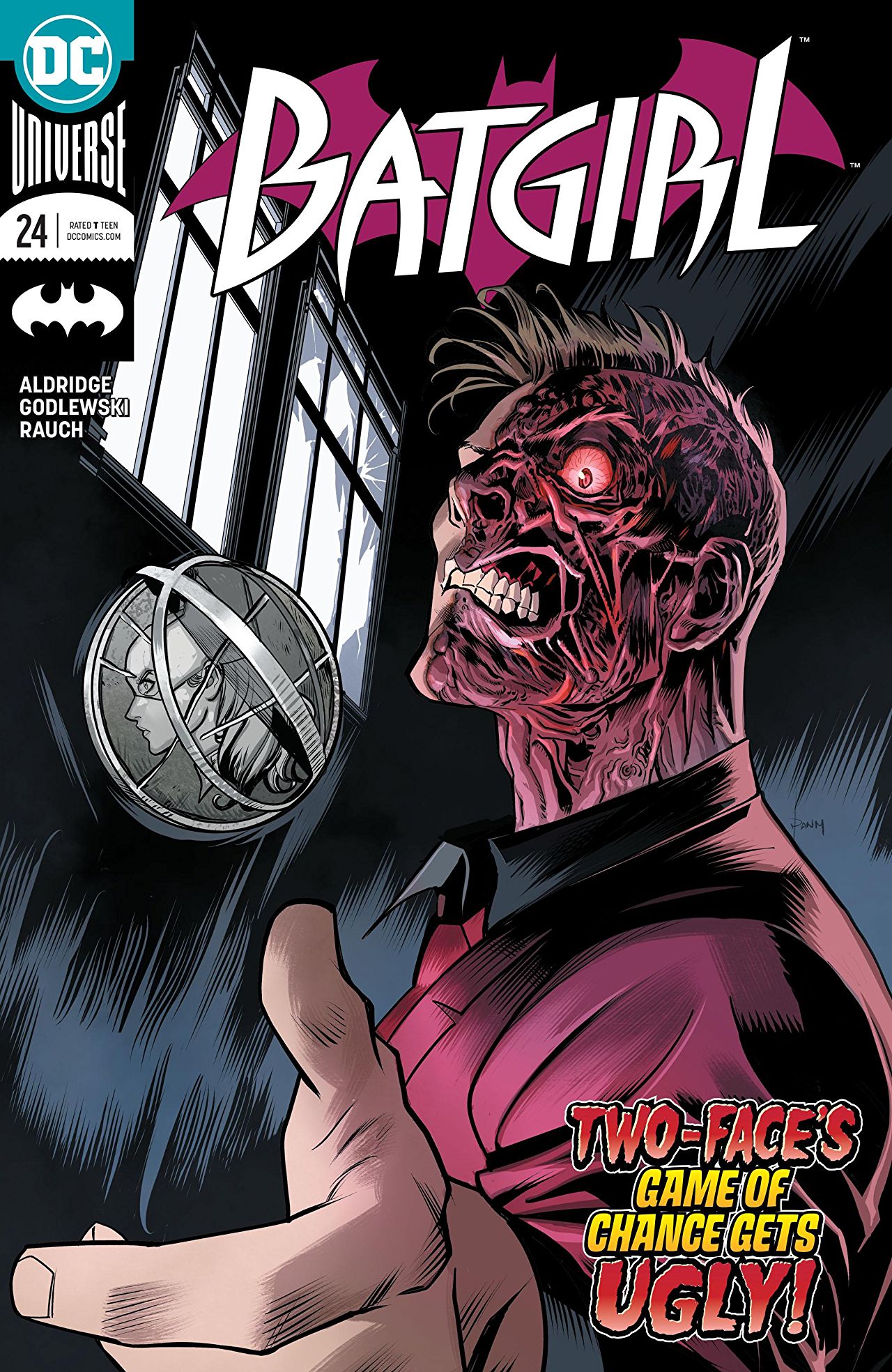 Overview: Batgirl is on the trail of a drug-dealing gang when she is called in to save an old classmate. Things go wrong. Can Batgirl save the day?

Synopsis (spoilers ahead): Someone is selling drugs to school kids. Two students have already died. Batgirl crashes a campus drug deal and arrests the dealers.

The next day Babs meets an old friend and pre-Med student Melissa over coffee. Melissa is concerned for one of their old classmates, Jacob Cesaro. Jacob, who was the second best programmer in college, has come into the hospital very beat up several times. Melissa hopes Babs can talk to her father to get him help.

Barbara agrees to help Jacob and heads out as Batgirl to do some detective work. She tracks down Jacob and follows him into a building that houses a computer server farm. There are several armed men guarding the building and Batgirl takes them out as she follows Jacob at a distance deeper into the building.

Finally, she reaches the computer room where Jacob is working. She tells him that he shouldn’t be working with these crooks and he needs to choose to be good. However, their talk is interrupted by Two-Face and his goons. Two-Face is running the whole crime show.

Batgirl shoots a gun that disables the goons. Two-Face is planning on shutting down Gotham’s computerized services (water, electricity etc.)  and then set off bombs throughout the city. Jacob hits Batgirl on the back of the head with a computer and then does the same to Two-Face.

The pair wake up tied to chairs. Jacob’s father was a cop and was killed by Two-Face’s gang. He wants revenge and doesn’t want Batgirl to get in his way. Jacob goes to shoot Two-Face but Babs has freed herself from the ropes and deflects the gun. She explains that he shouldn’t do this because this is a decision he can’t undo. However, Jacob sets the bombs to explode. He wants Gotham to suffer loss like he had to.

Batgirl leaps into action, breaking through all the security in record time to disable the bombs and save Gotham.

Batgirl meets with Commissioner Gordon on a sidewalk. He tells her that the GCPD computer guys say she did something amazing shutting down the bombs. She says that she likes to choose what is possible and that her father taught her that. Gordon says her father sounds like a good man and Babs agrees.  She thanks him for being alive before she disappears.

Analysis: Writer Shawn Aldridge delivers a story that moves quickly and is pretty much by the numbers. The scene progression is very tight and moves efficiently. There isn’t a wasted page or panel in the book. However, the plot is not particularly compelling. Things may be a bit too cut and dry. The one twist, where Jacob turns out to be out for revenge, does work. However, it does take a close inspection of the art to tell exactly what is going on as Jacob uses his laptop as a club. Also, the peak of the action where Batgirl saves the day is done behind a computer screen as she defeats the collection of firewalls. It is somewhat underwhelming.

Where the book does shine is the relationship Babs has with her Father. It is very clear that she loves and respects him to a great extent, and that is worth the price of admission.

Scott Godlewski is the artist with John Rauch on colors and Deron Bennett on letters. This book has many terrific faces. Even side characters are full of personality. The title page has three distinct looking bad guys which is amazing for some unnamed baddies that are off the book by page five. Also, there is a wonderful panel of Batgirl swinging from the rooftops under a moonlight Gotham night sky. Nice.

However, there are a few action panels that take inspection to understand what is going on.  It took me a few passes to figure out the laptop-smacking action between Jacob, Two-Face, and Batgirl.

Final Thoughts: Solid first outing for the title in the post-Larson Batgirl. There are a few places that could be improved alongside some terrific elements. But overall a good book.