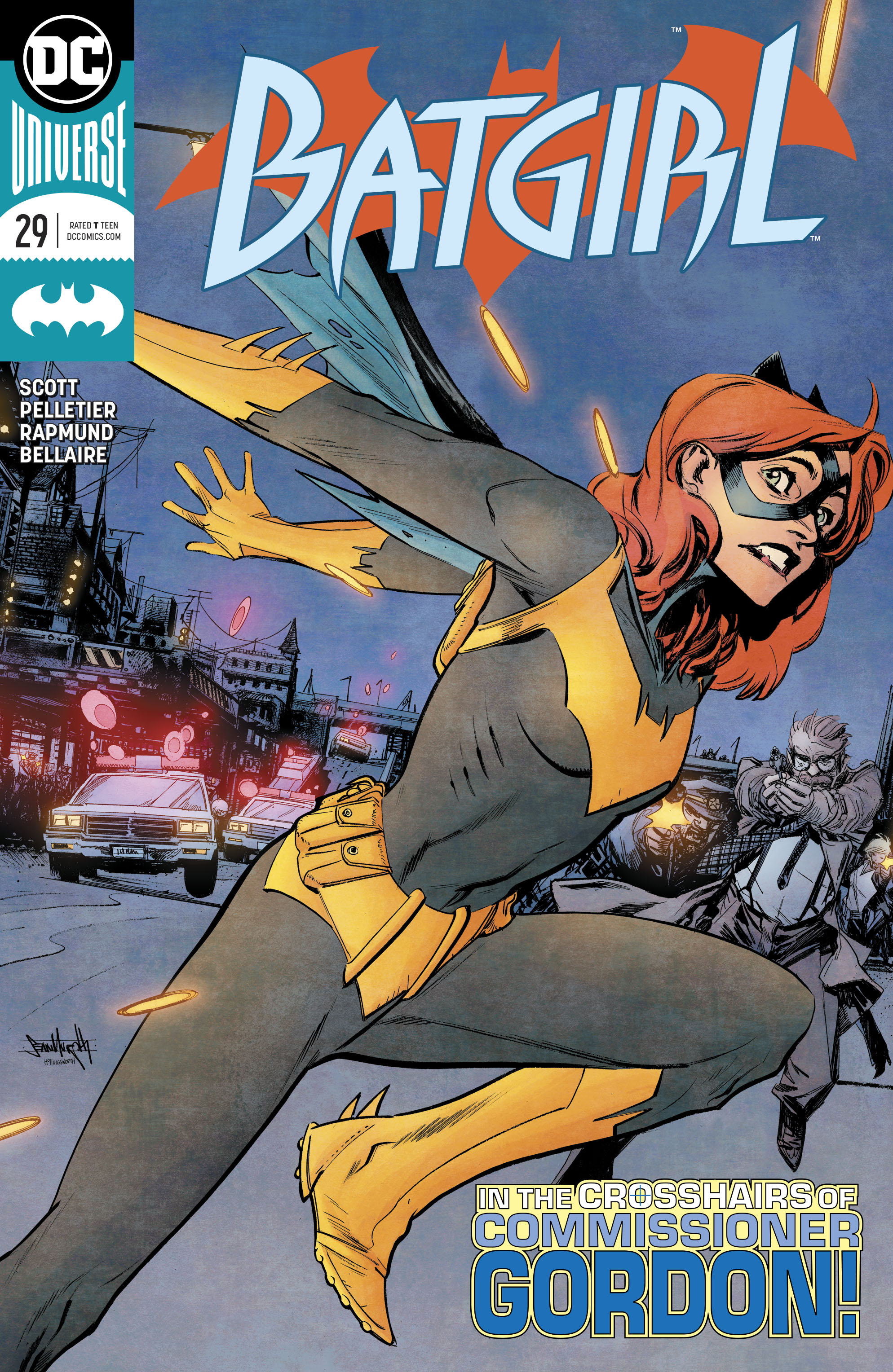 Overview: Barbara Gordon realizes her father and much of Gotham’s elite are in danger from Grotesque’s museum bomb. Can she save the day?

Synopsis (spoilers ahead): Batgirl races to the Gotham Museum of Antiquities to stop a bomb she believes is going to be set off. A fancy dress party for the Gotham City upper class is being held at the museum. Turns out Wyrm, the devil of the Dark Web, had previously stolen all the real art and replaced it with fakes. He has enlisted Grotesque, the nom de crime of GCPD Detective Evan Douglas, to help him blow up the museum and destroy all the fakes so the theft will not be detected.

When she arrives at the museum she changes into a nice dress and uses her familiarity with the cops and her father’s influence to gain access to the gala. She scopes out the crowd to see how many people have the telltale Phantasm wrist implants. Many cops and attendees have them.

Detective Douglas, who is a tad sweet on Babs, sees her at the party and implies she should leave. Guess what? She doesn’t.

Instead, she Batgirls up and pulls the fire alarm to disrupt Wyrm’s plan. She finds Douglas, says she knows about him being Grotesque and asks for his help in finding the bomb. This surprises him because he is a horrific serial killer after all. She explains that he probably isn’t all bad and she has figured a way to block Wyrm’s abilities.

Douglas decides to not help her, initiates the Phantasm implant, and turns into a creepy looking android creature. All of Wyrm’s people planted in the museum make the same transformation. Batgirl fights them. She is knocked to the ground along with her father. Douglas orders his Phantasms to evacuate the building before he detonates the bomb but they aren’t listening because Barbara has turned on the Wyrm blocking device and uses the confusion to bust off his leg. Douglas decides it all isn’t worth it and gives Batgirl the detonation device and tells her where the bomb is. She finds it and destroys the bomb.

Wyrm, unhappy that his plan has gone awry, arrives. Batgirl says she has defeated him but he points out that he already has all the art, this was just a cover-up. Wyrm also electrocutes Douglas. The other Phantasm guys return to normal.

As Jim is recovering in a hospital bed, the father and daughter commiserate on how hard their lives are at the moment. After a few days Jim leaves the hospital only to be met by some FBI agents bearing questions.

Analysis: Mairghread Scott wraps up her first story arc in her Batgirl run.

The first line of the issue, and presumably the thought foremost in Barbara’s mind is “My father’s in danger.” Scott is making the relationship between Jim Gordon and Barbara extremely important to each of them. In this arc, we have dealt with issues surrounding disappointment, support, and anger between them. This isn’t done in a heavy-handed or melodramatic way, it feels organic and I am rooting for the pair to be best of friends and earn each other’s respect.

In the book, as Barbara changes from her Batgirl suit to an evening gown there is a panel where we see stitch scars which presumably are from the surgery that allowed Barbara to walk again. Scott has raised the possibility that she could return to the wheelchair before. Is this panel a further foreshadowing of that eventuality? While that raises the stakes for Babs and some of her fans, other fans may hope for a return to her Oracle persona.

The pencils are by Paul Pelletier, inks by Norm Rapmund, colors by Jordie Bellaire, and letters by Deron Bennett. I love how the art team depicts the Gordons. They have matching hair color and the two just look good together. Babs has a very expressive face and there are many interesting background characters in the museum scenes. The panels are mostly bright, clear and clean. There are background details but never so much as to distract from the main thrust of the story.

There is one fantastic panel where Jim Gordon says that you don’t have to fret about Barbara’s health, Gordons always go their own way. Jim, who is the only one in the conversation that doesn’t know what is going on, has a brash, proud look on his face. Barbara side-eyes him with a barely discernible grimace. There is a lot of subtle storytelling going on in this panel that has been set up over the course of this story. It is a sign of a writer and art team that are working together to tell a story.

One last note, this issue contains another editor’s note. Yay.

Final Thoughts: Mairghread Scott and team’s first arc of their Batgirl run comes to a successful conclusion. It has been an engaging story that looks at Babs’ relationship with her father and the threat of physical issues ahead. This mystery explores many interesting facets of Barbara’s character and has solid action sequences.