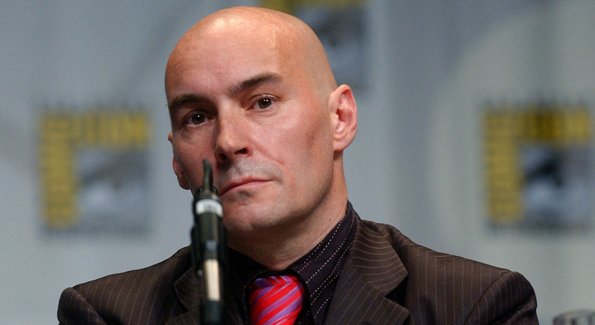 The Future of Batman and the Road That Leads To It

It's been nearly five years since Grant Morrison took the reigns on the Batman books. Starting his run on the Batman title proper, then leading into the new titles Batman and Robin and more recently Batman Inc. With his run has brought about an almost irrevocable change in the Bat-Books, with the supposed death and return of Bruce Wayne, the coronation of Dick Grayson succeeding his mentor as the Dark Knight Detective, and several other key figures in Batman's network changing roles and identities. Character dynamics have been altered, several new characters villains have been introduced, and the very motives of Batman has changed in its methodology with the invention if Batman Incorporated and Bruce Wayne's not-so complete reveal of his involvement with the Caped Crusader's…crusade.

Every major Batman storyline within the past twenty years has had ramifications that have been talked about by fans almost endlessly, and the majority of those only had one or two factors that made them memorable. Morrison's tenure has several, thereby seemingly forever inducting him to the Bat-Legends Hall of Fame for creative output alone. This current era of Batman has certainly been solidified as one where the most changes to the character occurred almost all at once or within a short amount of time.

With all of that being said, there's still a question that begs to be answered by Morrison and time itself.

Where is it all going?

Like the handling of the current Batman movie franchise, both that and this current storyline must have an ending. All eras do. A Lonely Place of Dying told the story of a violent Batman needing a Robin and ended with a Robin eager to earn the role. Knightfall began with the physical deconstruction of Batman, and ended with the psychological deconstruction of what the mindset of the protector of Gotham needs to be. Bruce Wayne: Murderer/Fugitive began with the dissonance inside the Bat-Family in relation to their personal relationships with Batman and ended with Batman back on the up side of his allies good will.

Morrison's storylines tend to be similar in function, somewhat. His initial Batman run was more straightforward that recalled Silver Age stories and set them up in this Post-Infinite Crisis continuity or "New Earth". (or whatever the term is, it can honestly get confusing at times.) His Batman and Robin run seemingly began with the intent to define the dynamic between Dick Grayson's Caped Crusader and Damian Wayne's Boy Wonder, (another callback to the Silver Age where imaginary future stories tended to have Dick Grayson and the son of Bruce Wayne as the Dynamic Duo) yet ended with the return of Bruce Wayne and the Dr. Hurt/Black Glove arc he began back in Batman. Batman Inc. is as of this writing on it's fourth issue and is seemingly entering a new direction with further establishing past elements from the Silver Age as opposed to setting up Batman across the globe.

What sets Morrison's arc apart is that it has changed from year to year into something different from the last bit. There seems to be no emotional or psychological underpinnings in the transitional storytelling that he's set up. It's almost as if he's a kid in a candy store going from one section to the next, not deciding on which one to choose and stick with. That's not to disown Morrison's Batman work or speak bad of it. But there is a discernible difference in the thematics of all his stories as opposed to stories of year's past having an underlying theme that ties everything together.

My hope is that by the end of Morrison's tenure as head Bat-Honcho, there is a revelation that all of this was indeed leading to somewhere that connects it all together besides it just being written by the same writer. Morrison's way too good of a writer for it not to be the case, and it's a little unfair to judge him before he's finished with Batman. Then again, it has been five years. Maybe I'm being curious and impatient at the same time.