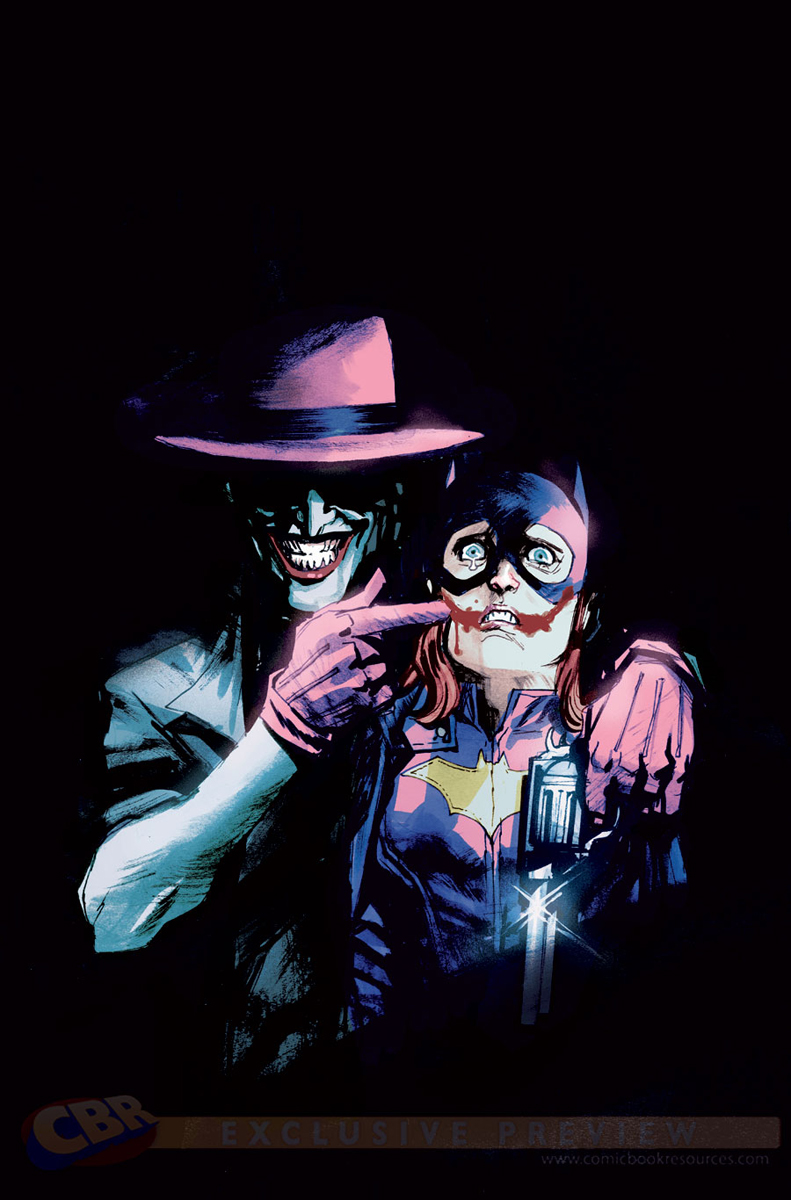 The highly criticized variant cover for “Batgirl” #41 will not be published by DC Comics. This move was made at the request of the cover’s artist, Rafael Albuquerque.

“My intention was never to hurt or upset anyone through my art,” Albuquerque, the acclaimed artist of “American Vampire,” said in a statement. “For that reason, I have recommended to DC that the variant cover be pulled.”

The image was released Friday, as one of 25 Joker-themed variant covers scheduled for release in June. Albuquerque’s “Batgirl” variant took inspiration from Alan Moore and Brian Bolland’s famous 1988 story “Batman: The Killing Joke,” in which Barbara Gordon/Batgirl was shot and paralyzed by the Joker. It has been commonly interpreted, though not definitively established within the story, that the character was also sexually assaulted.

The “Batgirl” #41 variant quickly received criticism for highlighting a dark period in the character’s history, especially when juxtaposed with the current youthful, more optimistic direction of the series under the creative team of co-writers Cameron Stewart & Brenden Fletcher and artist Babs Tarr. Multiple websites ran editorials critical of the image, and the hashtag #changethecover drew hundreds of posts on Twitter and Tumblr asking DC to not release the variant.

In DC’s official statement on the situation, it’s indicated that “threats of violence and harassment” were made following the release of the image. Both Albuquerque and DC Entertainment’s full statements on the cancellation of the cover follow in full.

My Batgirl variant cover artwork was designed to pay homage to a comic that I really admire, and I know is a favorite of many readers. ‘The Killing Joke’ is part of Batgirl’s canon and artistically, I couldn’t avoid portraying the traumatic relationship between Barbara Gordon and the Joker. For me, it was just a creepy cover that brought up something from the character’s past that I was able to interpret artistically. But it has become clear, that for others, it touched a very important nerve. I respect these opinions and, despite whether the discussion is right or wrong, no opinion should be discredited. My intention was never to hurt or upset anyone through my art. For that reason, I have recommended to DC that the variant cover be pulled. I’m incredibly pleased that DC Comics is listening to my concerns and will not be publishing the cover art in June as previously announced. With all due respect, Rafa

We publish comic books about the greatest heroes in the world, and the most evil villains imaginable. The Joker variant covers for June are in recognition of the 75th anniversary of the Joker. Regardless if fans like Rafael Albuquerque’s homage to Alan Moore’s THE KILLING JOKE graphic novel from 25 years ago, or find it inconsistent with the current tonality of the Batgirl books – threats of violence and harassment are wrong and have no place in comics or society. We stand by our creative talent, and per Rafael’s request, DC Comics will not publish the Batgirl variant. – DC Entertainment