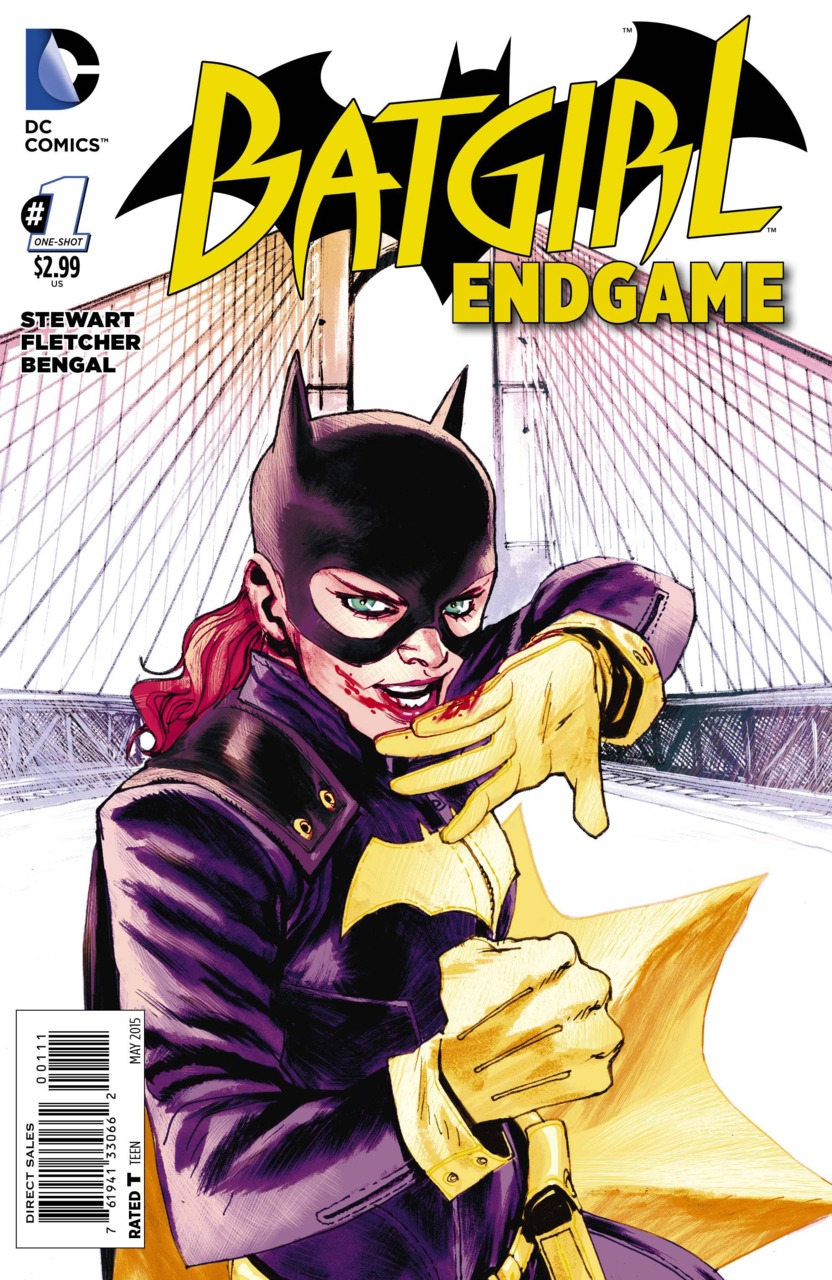 THE PLOT: Batgirl must make her way through a sea of Jokerized Gothamites to save a lone little girl before she’s turned into a giggling maniac, or killed.

MY THOUGHTS: Welp…that sure was a comic.

This is a silent issue, “’Nuff Said” if you’re a Marvel reader, where there hardly any dialogue and it’s the penciller’s job to carry the reader through the story more so than usual. The story itself is essentially one scene. Batgirl must fight, leap and swing her way across a bridge to rescue a small girl. There’s not much to really investigate beyond the premise.

I did really enjoy Bengal’s artwork in this however. He’s an artist I’m hoping will be tapped should Babs Tarr ever need a break or moves on from the Batgirl title. His was fairly light-hearted with Babs’ Disney-esque facial expressions, but his command of anatomy and camera angles were top-notch. I wasn’t hot on his colors, but that’s because due to the story they were very warm and gave the imagery of the city burning down. The storytelling through his skills kept me engaged in the comic, not because I wondered if Batgirl would fail, but because I wanted to see him render the next scene in an interesting way. With this one issue, he might be my favorite Batgirl artist in…a very long time. I’m honestly thinking since Damion Scott way back to the first run of Cassandra’s series. We’re talking fifteen years then. There have been good artists who’ve worked on Batgirl since then, but this was very enjoyable to look at.

If I’m being honest, Bengal’s art is the only reason to pick this up, and although it’s good it may not be worth the full price. Check this issue out through any discount mailing service or online store, because it’s as slight as it gets but is moderately entertaining. Not a bad issue, but hardly essential for anything.