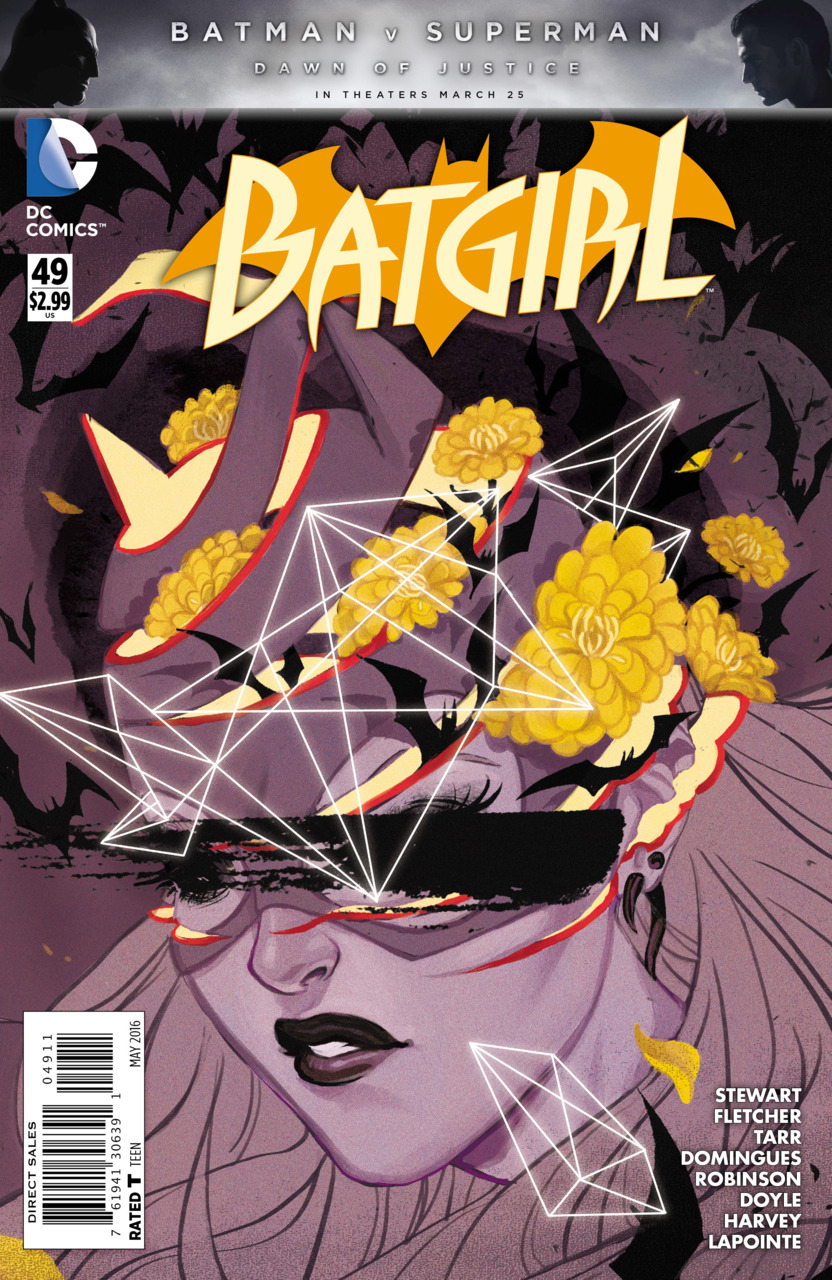 THE PLOT: Frankie must dive into Babs’ brain and help her out of her hypnotic induced coma!

MY THOUGHTS: This is a very good follow-up to the cliffhanger in issue #48, with a great showing of Frankie’s skills and how valuable she is to team Batgirl. I liked that she wasn’t perfect and made a pretty big mistake in bringing back the evil A.I. Batgirl in the hopes to save the real Barbara. That’s something I could see her doing to someone else with Babs protesting all the way through.

With this being a straightforward yet solid issue, an immediate talking point lies in the different artists featured throughout the story. Like the Black Mirror storyline in Detective Comics, I like the use of different artists to portray different moods and tones within the same story. One involving a dream state with fluctuating states of mind is perfect for this type of experimentation, so unlike some of the previous issues where Babs Tarr just wasn’t present (Which could be for any number of reasons. She’s generally consistent so there’s no intended resentment directed towards her), this one kept her art style the heart of the issue and explored different styles in each part of her dream state. Concerning the artists themselves, it was an interesting dynamic. Because Tarr’s art is so stylized in the way that it is, it’s odd for more realistically rendered styles like the likes of Roger Robinson to represent a dream or a fixing of reality. I don’t know if that actually works as well as it should. I love Roger Robinson and haven’t seen much of the man since the days of Gotham Knights WAY back when in the pre-War Games days, but it was difficult for me to see if his selection was a premeditated choice, or if it was a situation where the editor just needed bodies. He wasn’t featured for very long.

The other artists were good in their own ways in this issue. I feel that this type of story demanded more of the work from James Harvey compared to everyone else. His avant-garde layouts and surreal could’ve made this wonderfully confusing. As it is, this feels more like a showcase of artists to ease the workload of the main one. A good idea is still a good idea, but it could’ve have been executed with a lot more precision.

Credit however must be given to Fletcher and Stewart for turning in a truly awesome new villain in Fugue. A past “no-name” bad guy that Babs once put away out for revenge made ten times deadlier is a great concept, and I love that Batgirl’s eidetic memory was the target of his attack. That bit was brilliant and very effect, especially during the flashback when he brags that he keeps telling Batgirl about his plan every time because he always makes her forget. The fact that he not only was the bad guy the entire time as “Greg”, but he was hiding in plain sight by repeatedly mind-wiping Babs, going so far as to forge an identity as her oldest friend…that’s diabolical! His design is pretty slick too, recalling for me Spellbinder from Batman Beyond. He’s a terrific new villain for Batgirl and my favorite thus far.

Finally I’m wondering if the parts of the A.I. Batgirl now fused into real-world Batgirl will come back to bite Frankie. As smart as she is, she’s shown to be a bit short-sighted in predicting threats from the menaces she goes up against. It’d be an interesting turn for that character, seeing as how her baptism of fire was assisting in bringing the A.I. Batgirl down.

This story started off slow, but has been building over the last few months towards a very strong climax. Looking forward to seeing how it all ends!