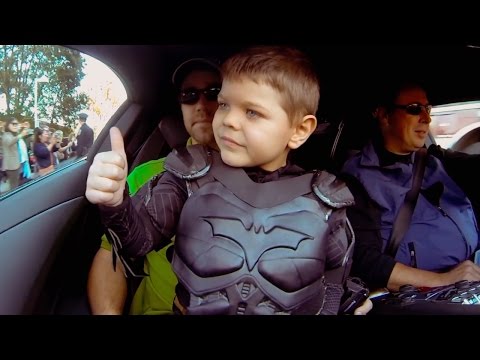 Late in 2013, the city of San Francisco became Gotham City for a day to make a wish come true for a little boy who was suffering from cancer. The boy saved Gotham and took the world news streams by storm as a uplifting story as how people can come together to do something remarkable. The entire event was filmed as a documentary and now Warner Bros. has releases a trailer for the film.

The film is set to release in select theaters on June 26.