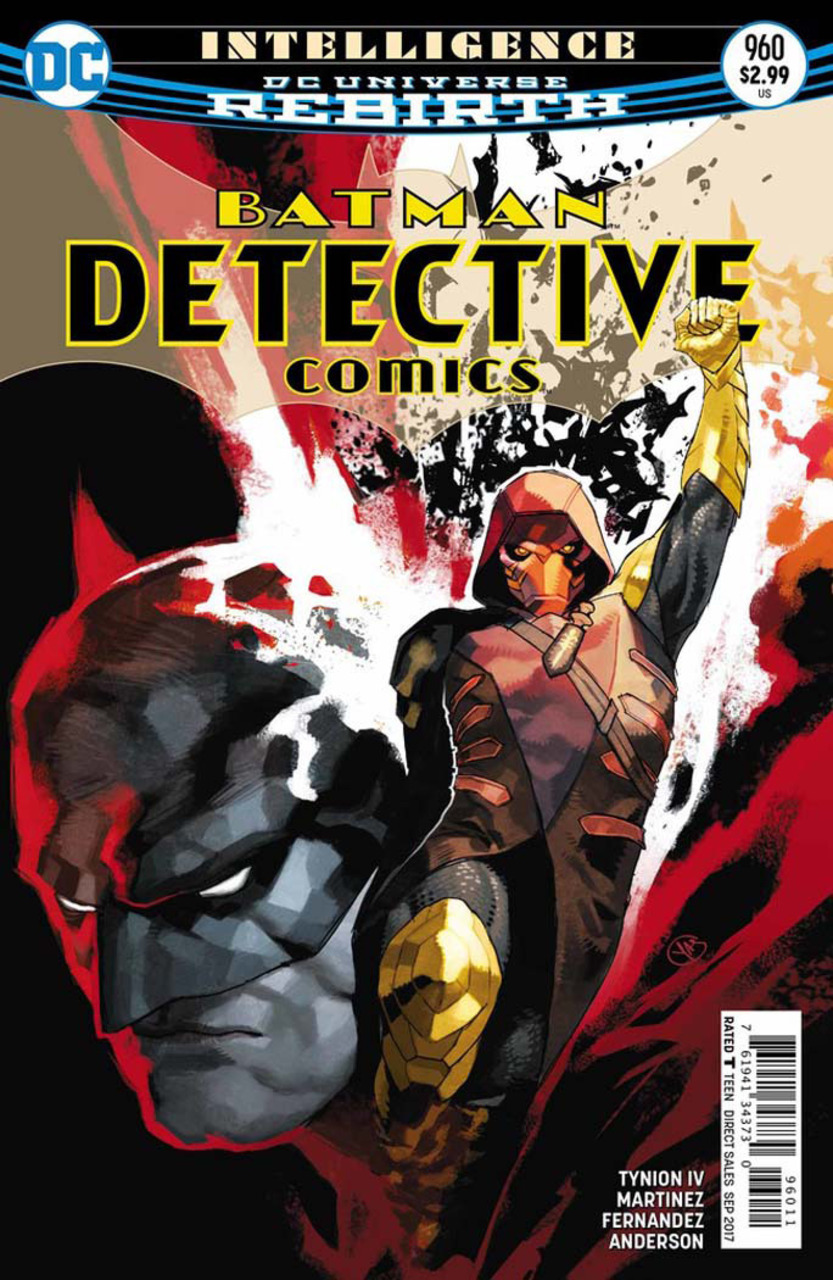 In Brief: Batman and Zatanna struggle with magical questions, while Jean-Paul’s own internal conflict could spell doom for his teammates.

Summary (Spoilers): Years ago, a young Bruce and Zatanna break into her father’s office, where Zatanna tells him of a way to know impossible answers, including the future. In the present, Zatanna tells Batman she can’t share that with him. Batman tells her of his restored memories, the clash between the Colony and the League of Shadows, and the consequences of not knowing. She responds by showing him the difficulty of remaining human and moral when you have so much power, but Batman still asks for the knowledge of the Sphere.

In Switzerland, Ascalon bows before the new saint of the Order of St. Dumas, who ordered the murders committed so far. The AI struggles with encountering Azrael, the similarity but difference between itself and Jean-Paul. The mysterious saint removes Ascalon’s restraints and sends it back to Gotham, plotting to bring Jean-Paul back to the fold.

Meanwhile, Jean-Paul himself seeks Nomoz’s help in the Belfry, to resist the System in the form of a monstrous vision of Azrael we saw at the end of last issue as he meditated in response to Ascalon’s attack. Nomoz remains unconscious, and Batwing (Luke Fox) and Batwoman (Kate Kane) call him to Foxtech to bring the Suit of Sorrows for analysis. The System tempts him to put it on and “awaken”…

In her hotel room, Zatanna shows Batman the Gnosis Sphere, the God Machine, telling him its destructive effect on everyone who’s tried to use it. She tells him his questions about Tim, Ra’s, and Metal would consume him if he tried to use the sphere.

At Foxtech, Luke runs the Ascalon AI through his Batwing suits and a secret project, when Ascalon itself shows up, ready for round two. As it takes control of Luke’s technology, Azrael arrives in the other direction, trapping Kate and Luke between a rampaging kludge-mind AI bent on murder, and an insane angel of death with a flaming sword.

In Depth: Alvaro Martinez knocks another issue out of the park, his polished lines, clean and appealing designs, and finely rendered panels astonishing on every level. The differentiation between young Bruce and Zatanna and their older current selves, the little jokes like the question marks in Rookie’s faceplate in response to Luke’s Frankenstein jokes, to the scales on Azrael’s armored legs in the final panel are a treasure trove of artistic richness. This reviewer hopes he stays on Detective a long, long time with his collaborator Raul Fernandez on inks, as they brings a level of artistic polish and distinctiveness within the standard superheroic style not often seen. His work is only complemented by Brad Anderson’s colors, switching from the muted greys, browns, and blues of a rain-soaked Gotham, to the violent reds and yellows of Azrael’s attack.

James Tynion continues to spin his dual narratives of Azrael vs. himself and Ascalon alongside Bruce petitioning Zatanna for magical answers to his questions. One can’t help wondering if the imbalance between the two – the failure to completely connect Bruce’s quest and what’s happening to the rest of the team – to the tangle that happened around The Button crossover between Batman and The Flash that seems to have required last minute changes to Detective Comics, potentially including the last minute writer switch between co-writer Christopher Sebela and Genevieve Valentine. Though we can’t know the answer to these speculations, it’s definitely certain that the two quests are currently not connected in a satisfying way. Perhaps they will in the next two issues, but right now, Azrael’s moving struggle to avoid becoming the obsessive, deadly angel of death we came to know so well during Knightfall is obscured by a confusing setup for the future of the struggle between the League of Shadows, the Colony, and Batman, not to mention the upcoming Metal event. However, Tynion’s gift for characterization moments, like Luke’s aforementioned Frankenstein joke, and the relationship between Bruce and Zatanna, shine through these minor problems, leading the reader to hope that the arc will coalesce into a coherent whole.

Pick up/Pass? Despite a bit of a hiccup in melding the two main plotlines, the art and characterization keep this firmly in the pick up realm.

In Conclusion: A solid, if a bit disconnected, middle issue of an arc chock full of fascinating questions.