The Shadow and Batman Team Up Again This October 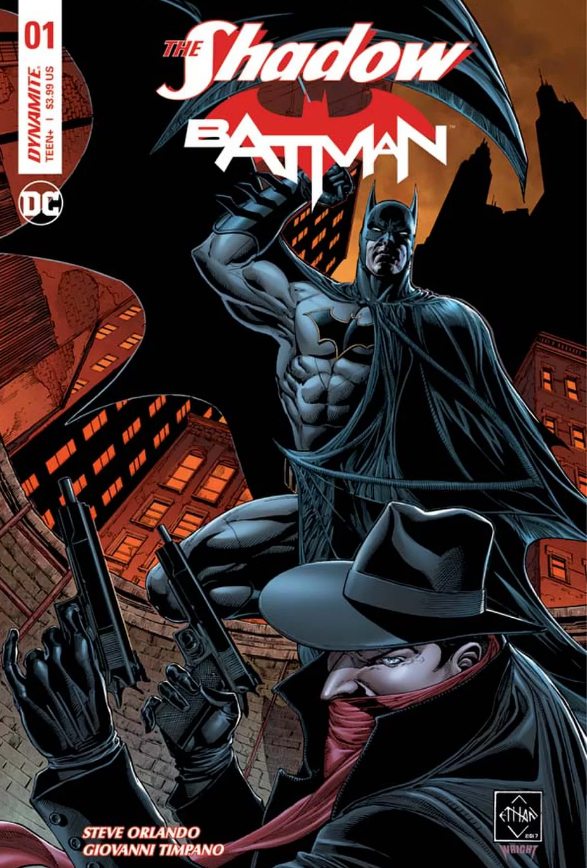 The Shadow may know what evil lurks in the hearts of men, but the red-masked, fedora-wearing vigilante is going to need to re-team with Batman if he wants to strike fear in these men. Luckily, Newsarama is reporting that a sequel to this past April’s Batman/The Shadow crossover is due to hit shelves in October. The new six-issue miniseries, flips the top billed start with the title The Shadow/Batman, and will see Steve Orlando (Supergirl, Midnighter) as the sole writer, he previously teamed with Scott Snyder on the original, with art by Giovanni Timpano (Cyberforce, Eclipse).

The plot, according to the official solicit, is as follows:

The first issue is due to go on sale October 4 for $3.99. With the success of Batman’s team-ups with pulp heroes, can a Phantom/Batman crossover be far behind?