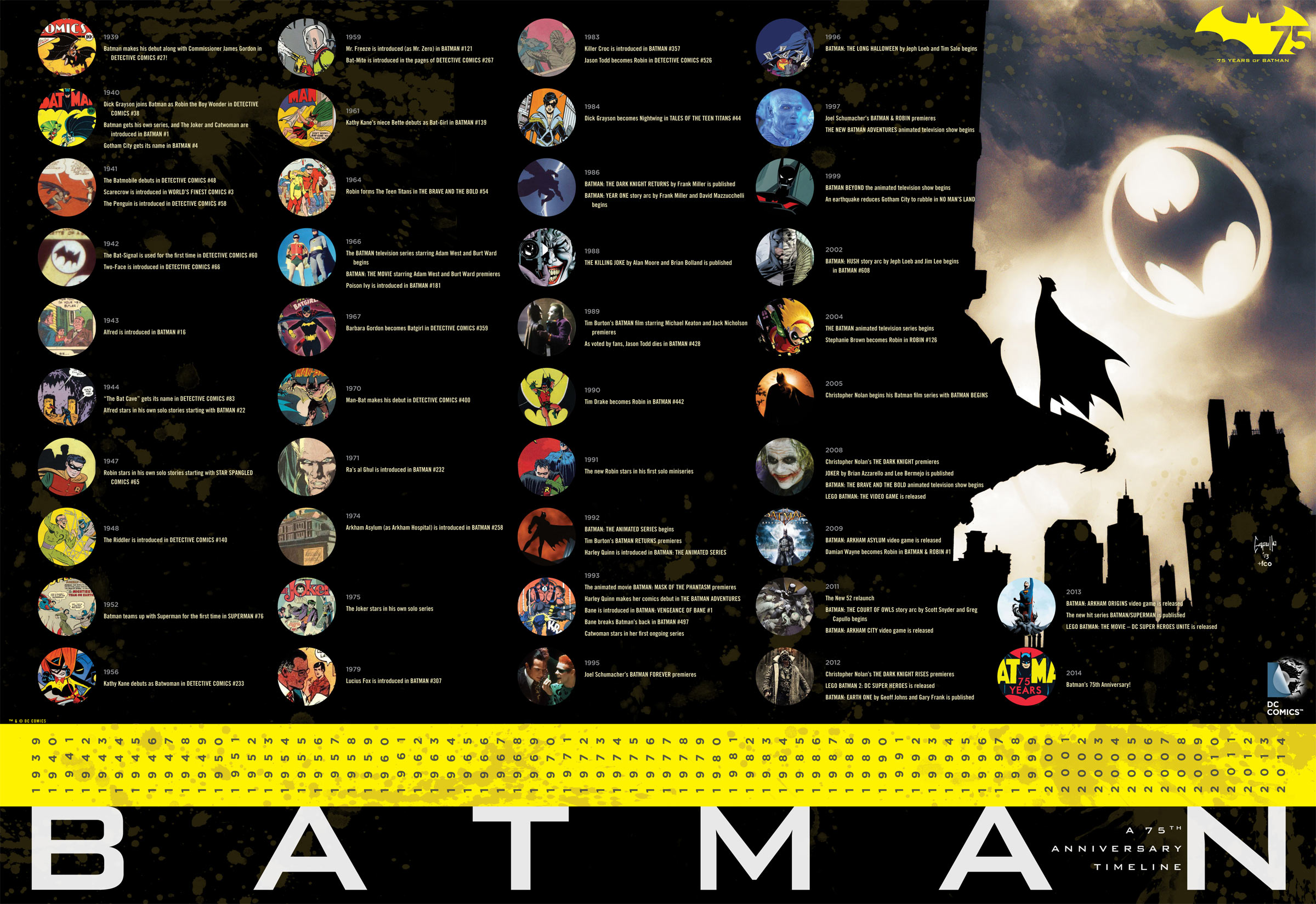 Batman fans keep getting more information and previews about DC's plans for the Batman 75th Anniversary celebration.  This year-long celebration is going to include the already announced "Batman Day" at comic book retailers across the United States on July 23.

Part of the Batman Day releases will include both a special poster for retailers (not available for sale to the general public) celebrating various milestones across Batman's 75 years as well as a special free Batman Detective Comics #27 Special Edition issue.  The special issue is being solicited as crediting Bob Kane, Bill Finger, Brad Meltzer, Bryan Hitch, Scott Snyder, Sean Murphy, and Chip Kidd.

Presumably, these credits mean that the issue will include the original appearance of Batman in the original Detective Comics #27 as well as the reimagining of that story by Meltzer and Hitch from the New-52 oversized special of Detective Comics #27, along with the "Twenty-Seven" story by Snyder and Murphy from that same New-52 issue.  It is also interesting to note the specific crediting of Bill Finger on this issue, as many fans and contributors alike have been vocally in favor of including Finger alongside Bob Kane as having created the foundation of the character.

These special releases will join the releases of Grayson #1 and Robin Rises: Omega as scheduled for July 23 as well as free capes, masks, and bookmarks that DC is making available to retailers to distribute for free.