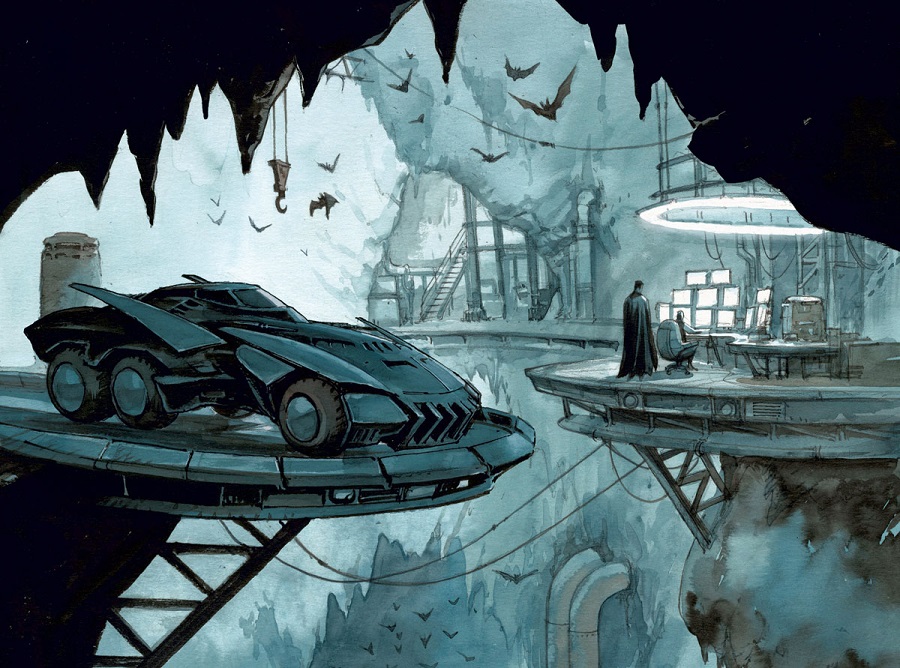 Any fairy tale that includes Batman and the Joker is definitely going to be grim. The two have always shared a twisted bond and, come this November, that connection is going to be taken to a completely new level in DC’s recently announced Batman: The Dark Prince Charming, a duo of graphic novels written and drawn by Enrico Marini. This is the same project that we showed off a couple weeks ago in The Week in the Batcave.

Acclaimed European comics master Enrico Marini makes his American comics debut with an original, two-part graphic novel starring the Dark Knight! What secret connection do both Batman and The Joker share with a strange and mysterious young girl? After she’s kidnapped by The Joker, Batman must plunge deep into the underworld of Gotham City and race against time to find out where she’s being held. The stakes are high, and for Batman, it’s personal!

While relatively unknown in the world of super hero comics, Marini is an Italian artist known for his work on Gipsy and Le Scorpion. His work runs the gamut from period pieces to more modern settings, so his take on Gotham City and its denizens is going to be one to watch out for.

The first of the two graphic novels will be released on November 1, 2017, with the second hitting in the spring of 2018. Who do you think the title is referring to? Batman, Joker, perhaps a brand new character? Sound off in the comments.