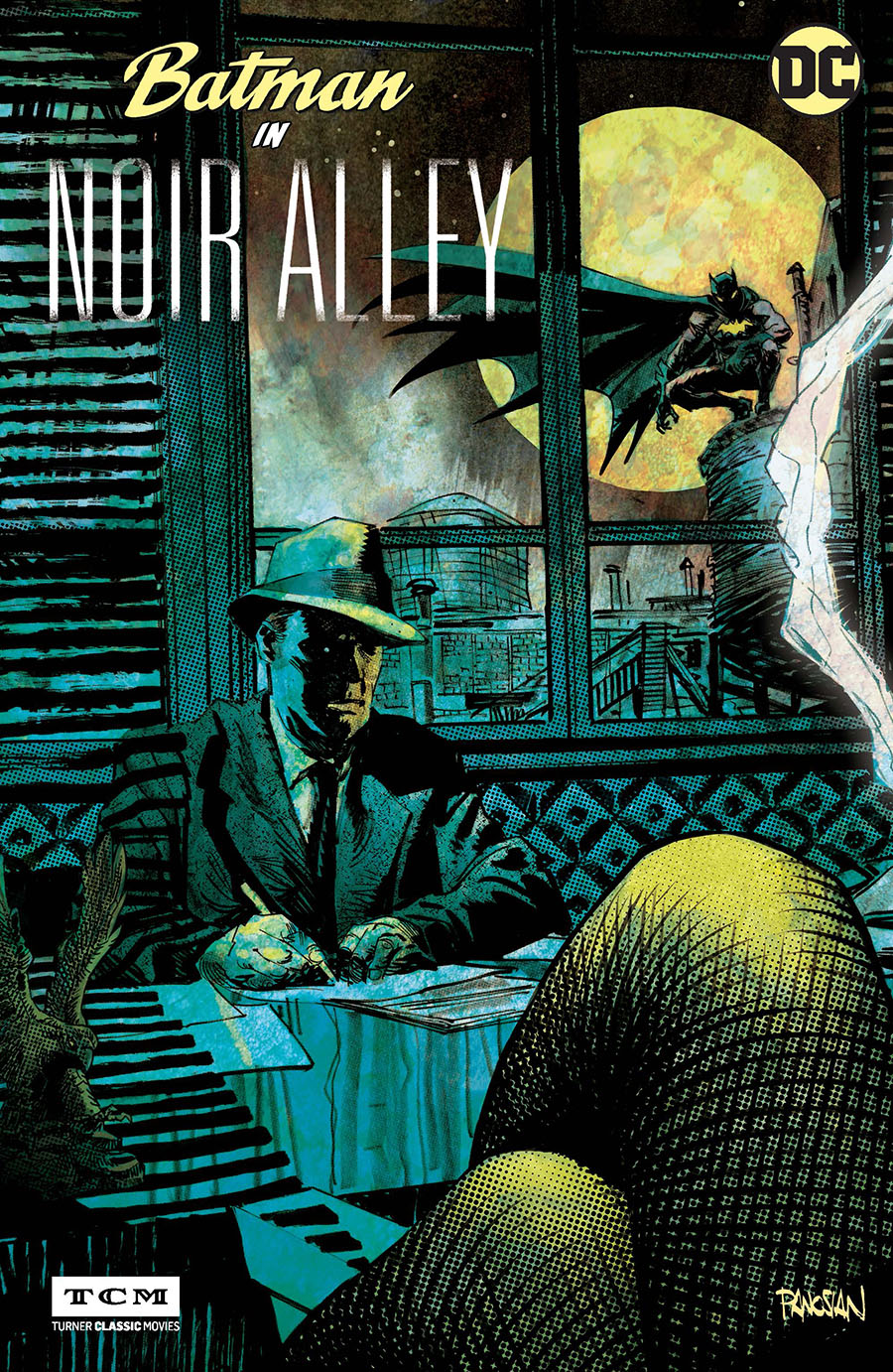 Batman has teamed up with The Shadow, the Ninja Turtles, and the Scooby Gang, but has he teamed up with a cable TV host? Well it’s about to happen as Turner Classic Movies (TCM) and DC Comics have joined forces to have Batman team up with Eddie Muller, host of TCM’s Noir Alley.

The two will join forces in Batman in Noir Alley, a free comic book available today, to solve the case of the missing Moroccan Raptor, in a tale penned by Stuart Moore with art by Dan Panosian. The cover art of the book immediately brings to mind the pulpy stories of the 40’s and 50’s, where a fedora, three packs of smokes a day, and a stocked bar were the only tools a detective needed.

For those unfamiliar with TCM’s Noir Alley block of programming, every Sunday at 10AM EST the channel broadcasts a classic film noir flick such as The Maltese Falcon and Detour. During the movie, host Eddie Muller educates the viewer on the genre including slang of the time, tropes that pop up in all the movies, and also provides a cocktail recipe to get viewers into the hard boiled-detective mood.

What other genres would you like to see Batman tackle? Or more accurately, what genre has Batman not tackled yet?