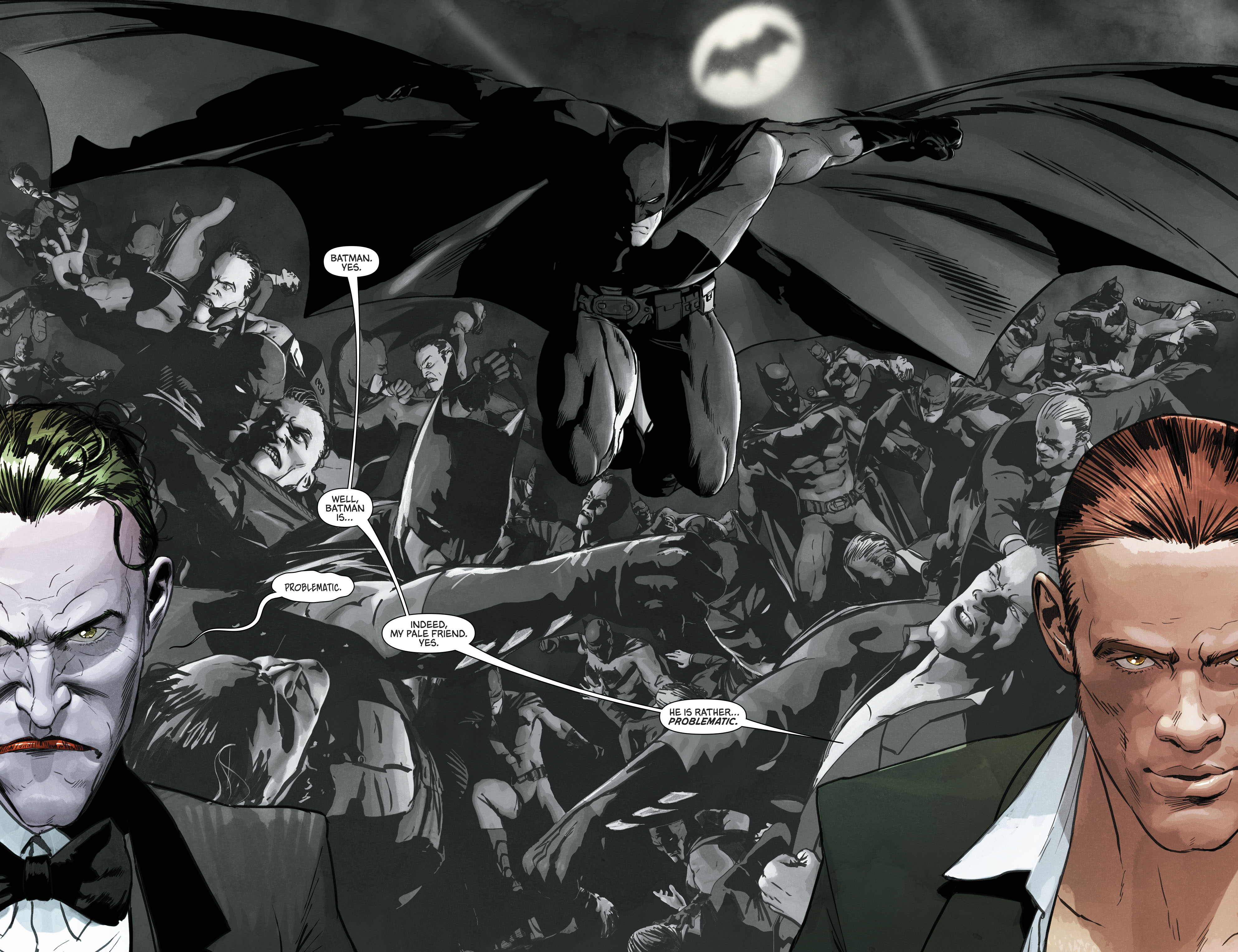 New York Comic Con always brings the comic creators out and about and we were able to talk with Tom King the same week that the War of Jokes and Riddles wrapped. There has been some discussion about the ending of the arc and King gives us his own thoughts on what the ending really means. Plus he dishes on what to expect in the next issue since he had fake solicitation for Batman #33 to throw off readers to what would be happening next. All that and a certain character’s mother is returning in less than two weeks.

On the War of Jokes and Riddles finale and what the twist was supposed to be:

The War of Jokes and Riddles reveal was not about Batman trying to kill Riddler. True Batman fans know that he has tried to kill people in the past. Bob Kane had him kill people. Jim Starlin, in Ten Nights of the Beast, has [Batman] lock those guys in the basement to have them starve. The shock here was the Joker stopped Batman [from killing Riddler] and that he has to live with that.

On how Batman and Catwoman made it from the rooftops to the bedroom:

In my mind, there are two answers here. The first “good answer” is that it has to exist in the reader’s mind to decide. That’s the whole point of comics. Your imagination makes the movement. We are writing little moments and you are filling in everything else.

Now the “bad answer” or what I think that happened is that she hesitated and thought “What is he doing?” She knows Batman better than everyone else. “This is not you. You are not someone who proposes to someone. You brood and fight crime. I’m a criminal. The last time we talked I was accused of 237 murders.” And in that hesitation, he decides he needs to confess something. That sort of moved everything to a different spot.

On whether the reaction’s of the Bat-Family are going to be shown:

Yes. That is all going to start in the very next issue. The next seventeen or so issues are called Rules of Engagement. Well seventeen or more. I am aiming for a hundred issue run on the title. And no we are a third of the way through. I lied for the [solicitation] of the next issue because it is actually called the Rules of Engagement. In the next issue we see the reactions of Jason, Duke, Dick and Damian as well as Ace.

But to spoil some stuff, going back issue #13 of my run, it was revealed that Holly Robinson was actually the one who killed the people that Catwoman was accused of murdering. She went to the Middle East to get away and ends up with Talia al Ghul. So the next arc is Batman confronting the mother of his child in the next arc about the engagement.

On whether or not Gotham Girl will appear in the future:

Gotham Girl’s name is Claire Clover and she is named after my own daughter Claire. The character truly has a personal connection and there is a reason there is a big mystery of where she got her powers from. It is part of the hundred issue plan. Who could give someone the powers of Superman? That answer is going to drive a lot of what happens in the book over the next bunch of issues.

Batman #32 which features the answer to Bruce’ proposal is in stores now. You can read our review of the issue here. Batman #33 which kicks off the next part of King’s story releases on October 18.