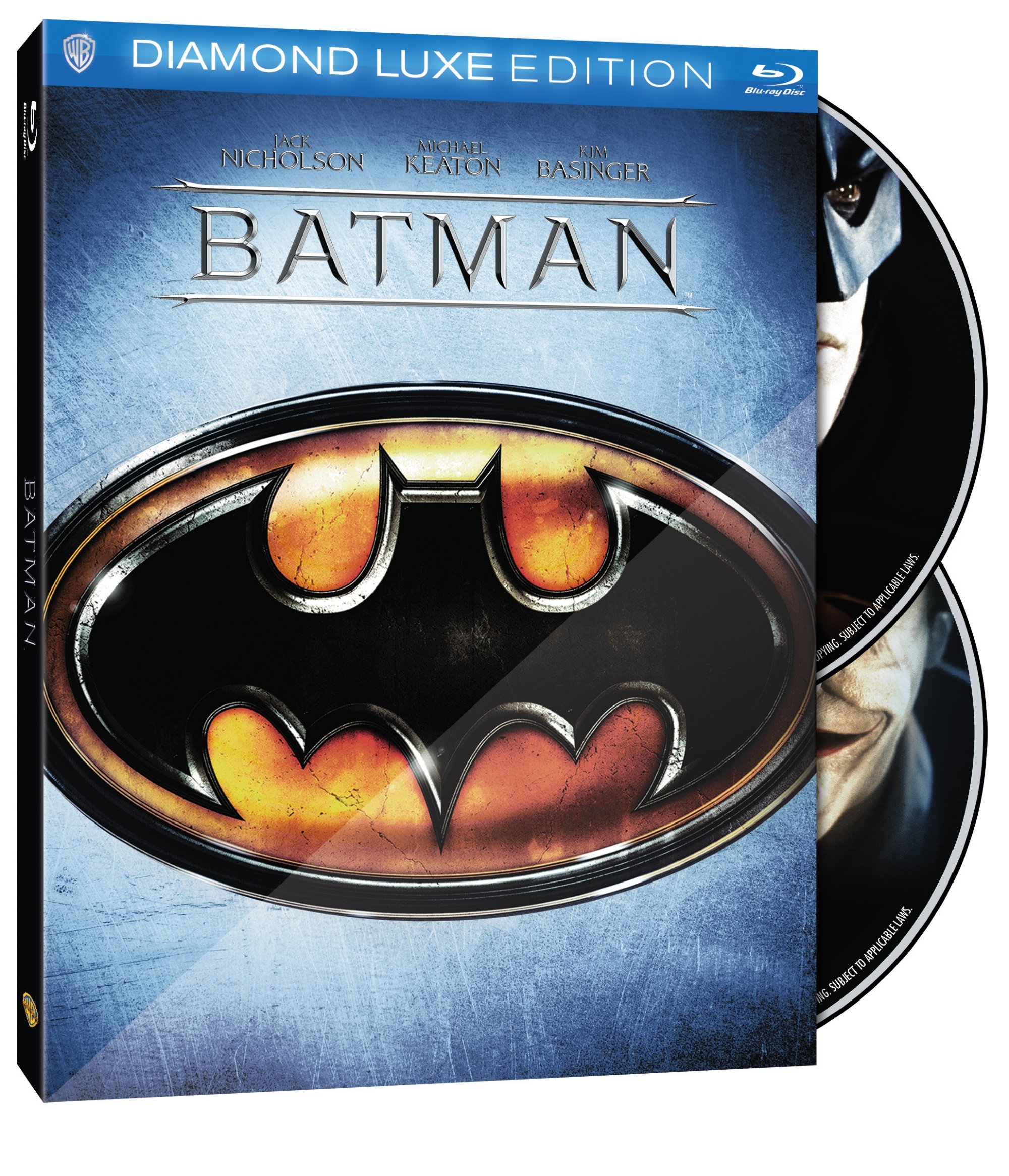 Warner Bros. has announced, the previously announced Diamond Luxe Edition of Batman (1989), which was supposed to release on November 11, is now delayed.

The release was announced back in August and would have fell in line with not only the release of LEGO Batman 3: Beyond Gotham, but also the Batman: The Complete Television Series. Now it appears that Best Buy will have the Diamond Luxe Edition available as an exclusive on November 11, with all other retailers having it available on December 9.

To help mark Warner Bros. Entertainment (WBE) and DC Entertainment’s milestone 75th anniversary of DC Comics’ popular Batman character, Warner Bros. Home Entertainment (WBHE) will release Batman 25th Anniversary Two-Disc Edition, a new Blu-ray™ edition debuting December 9 (at $24.98 SRP) in the studio’s distinctive new sleek Diamond Luxe collector-style packaging. With its state-of-the-art sophisticated and durable design, the new packaging is perfect for those wishing to add this edition to their home libraries. Also included is Batman: The Birth of the Modern Blockbuster — a look at the phenomenal marketing, extensive merchandising and franchise foresight that set the template for the next 25 years of tentpole pictures.