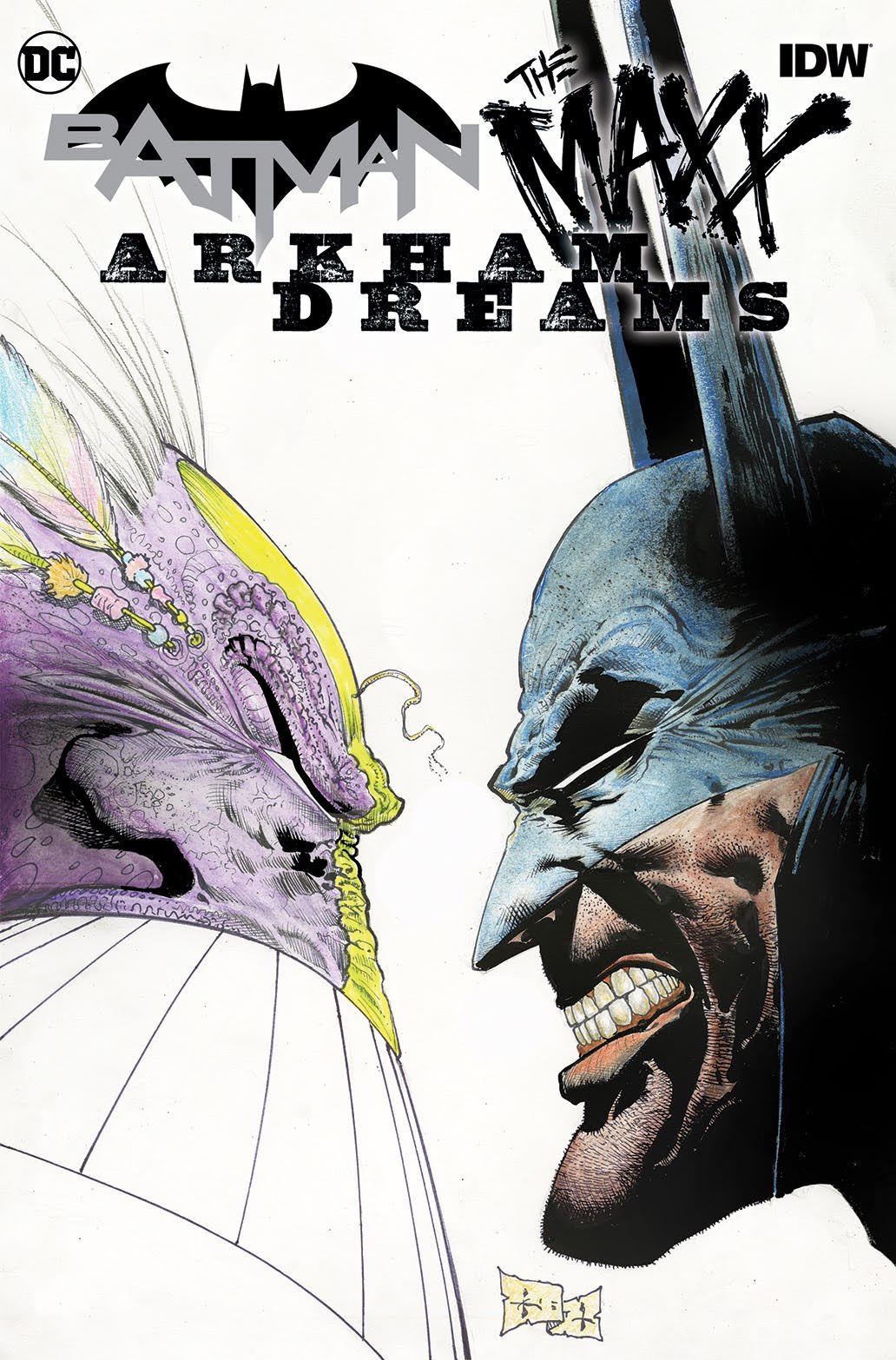 It’s been 20 years since The Maxx wrapped up its thirty-five issue run courtesy of creator Sam Kieth, a run that also spun off into an animated series on MTV in 1995. Now Paste Magazine is reporting that Kieth is returning to the 90’s anti-hero with Batman/The Maxx: Arkham Dreams, a five-issue mini-series starting in September as a joint venture between IDW Publishing and DC Comics. Keith will serve as the writer and artist on the series with Jim Lee providing alternate covers. According to the official description:

When a devious new doctor at Arkham Asylum conducts unconventional forays into the human psyche, he kicks off a disastrous chain reaction by experimenting on Arkham’s newest patient: The Maxx! The city of Gotham soon begins to merge with the Outback, The Maxx’s psychedelic mental landscape. It’s up to Batman to save Gotham and all of reality… but only by joining The Maxx on a trip into the darkest depths imaginable: the twisted minds of Batman’s greatest enemies!

The premise sounds suitably outlandish and should hopefully serve to tell a fantastic story between the two characters. There’s been no word yet on if this will kick-off a new solo series starring The Maxx but pairing him up with Batman is sure to give him a boost in popularity.

Batman/The Maxx: Arkham Dreams #1 will be available digitally and in print this September.