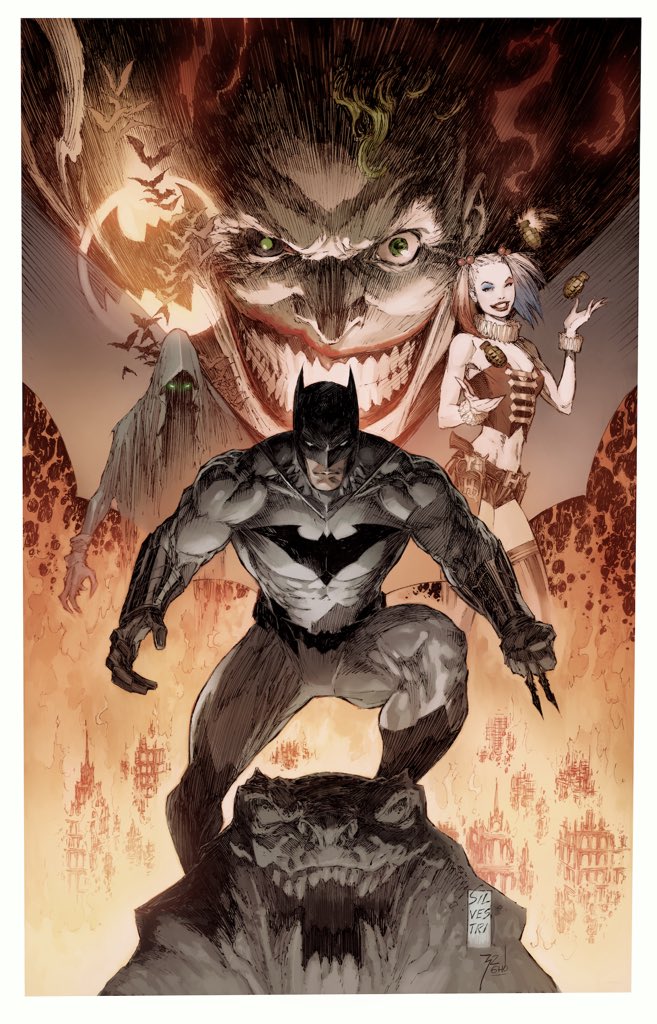 The first panel from DC Comics was the “Meet the Publishers” panel to discuss new projects. While the majority of the projects were projects already announced or revealed, one project mentioned was a new series written and drawn by Marc Silvestri and published under the DC Black Label imprint.

The project, called Batman/The Joker: The Deadly Duo, has been in development for several years and was even featured in our Last Week in the Batcave last July. Silvestri was on hand to talk about the challenges he faced when teaming up Batman with his greatest foe. The plot will feature an unknown enemy who has his sights set on the Joker while also kidnapping and torturing Commissioner Gordon. The series was initially hinted at in 2014 before being revealed as a six-issue miniseries last year. Now, it looks like the series will be seven issues long, or as Silvestri put it “seven and a half,” which will most likely translate to eight issues featuring some sort of epilogue.

No word yet on a release date for the project but it’s been a long time coming so we can wait a little longer before getting our hands on the book.