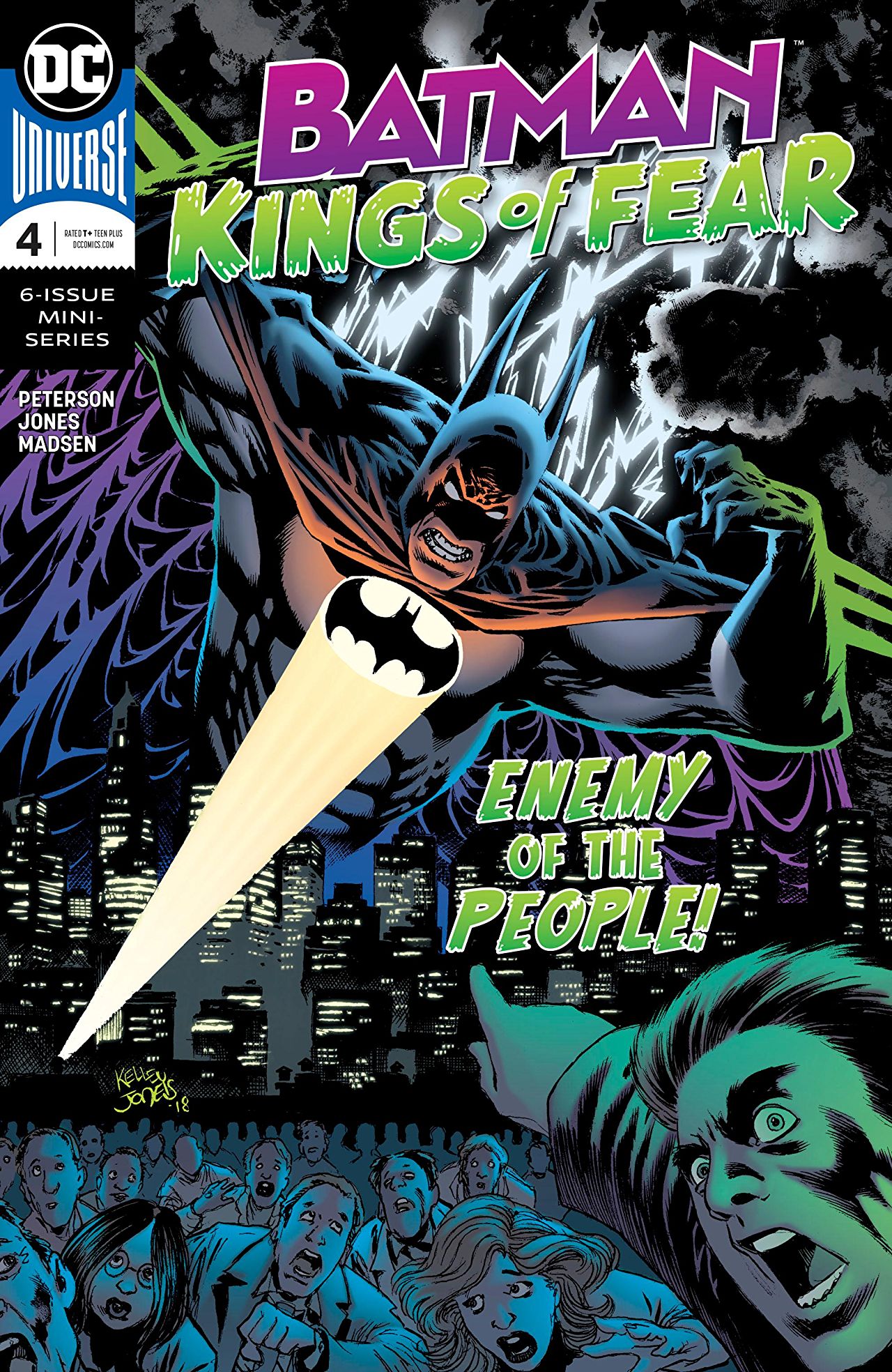 Overview: Scarecrow sits Batman down for a session, and learns a bit about him.

Synopsis (spoilers ahead): Dr. Crane (that is Jonathan, not Frasier. I know, bad joke) has Batman laying down on a couch and asks him to tell him about his childhood. He asks him if he remembers the first time they met. Batman mentions that the gas is different this time. Scarecrow agrees, thanking a colleague at Arkham that has experience in chemicals. He used cleaning supplies.

Elsewhere, Gordon tracks down the gang he was tailing into an apartment. He’s able to incapacitate multiple men until one pulls a gun to his head, but Gordon matches him. Just then, the bat-signal is lit. Gordon tries to talk the man down, but the man pulls the trigger and misses. Gordon doesn’t. He approaches the last man standing and the guy refuses to give any information. He’s not about to get on Scarecrow’s bad side. Gordon arrests him and tells him he’s going to Arkham, and then the guy quickly changes his tune.

Scarecrow asks Batman how he views himself. He tells him to be honest. In his mind, Batman transforms into some amalgamation of Superman and Batman, bullets bouncing off his chest. When suddenly he collapses to the floor, now completely Batman again. Scarecrow asks him what his main goal is, and Batman admits it is to save every child – one that he admits is unattainable. Scarecrow asks him about his love life, not his fake one. As we see Catwoman and Talia on the page, Scarecrow mentions how these aren’t quite right either. Something is missing. Finally, they find it. Gotham City – Batman’s true love. It’s an abusive relationship for both parties, but you always end up hurting the ones you love most. Scarecrow shows him a dark secret, one that Batman refuses to accept. It is the bright, clean, healthy, beautiful version of Gotham City without Batman.

Analysis: Scott Peterson does an excellent job with the script. The pacing is well done, the story beats playthrough, and I like how he continues to play with Batman’s psyche. Now, we are four issues in, and I can’t say that Peterson is introducing anything new to the character of Batman. We’ve seen many of the ideas in this story played out. However, with so much change happening in the DC Universe over the last few years, it’s kinda nice to get back to the roots. Some will have a problem this type of approach. However, I am still enjoying this series and I can’t wait to see what else the story touches on.

Kelly Jones continues on art this issue. It feels redundant for me to continue to mention this, but I still don’t care much for his style. However, the mood that he establishes on the page is amazing. The guy really knows how to play with your head. His storytelling is incredible. I appreciated the sense of normalcy when we switched to the scene with Gordon. It didn’t really stand out until we went back into Batman’s trippy ride. I also enjoyed his dynamic panel layouts. There was lots of variety, but it didn’t take away from the story. He’s also heavy on the inks, which pairs nicely with the colorful pages.

Michelle Madsen has been a standout to me for this series. I appreciate how much she times it down when things go to normal, but when we are experiencing Batman’s hallucinations the colors get really crazy, having a rainbow effect. Rob Leigh letters here and does a great job. Letterists tend to be the unsung heroes of comic books, and this guy is one. He doesn’t do anything that makes him stands out or makes you think of the lettering in any way; which is exactly how it should be. Generally, if you’re thinking of the lettering, it ain’t good.

Final Thoughts: This particular issue moves at a faster pace, there isn’t much to chew on, and it doesn’t add much of anything to the Batman mythos. In fact, it plays up storylines from the past. However, instead of being dull, it’s actually quite the palate cleanser.