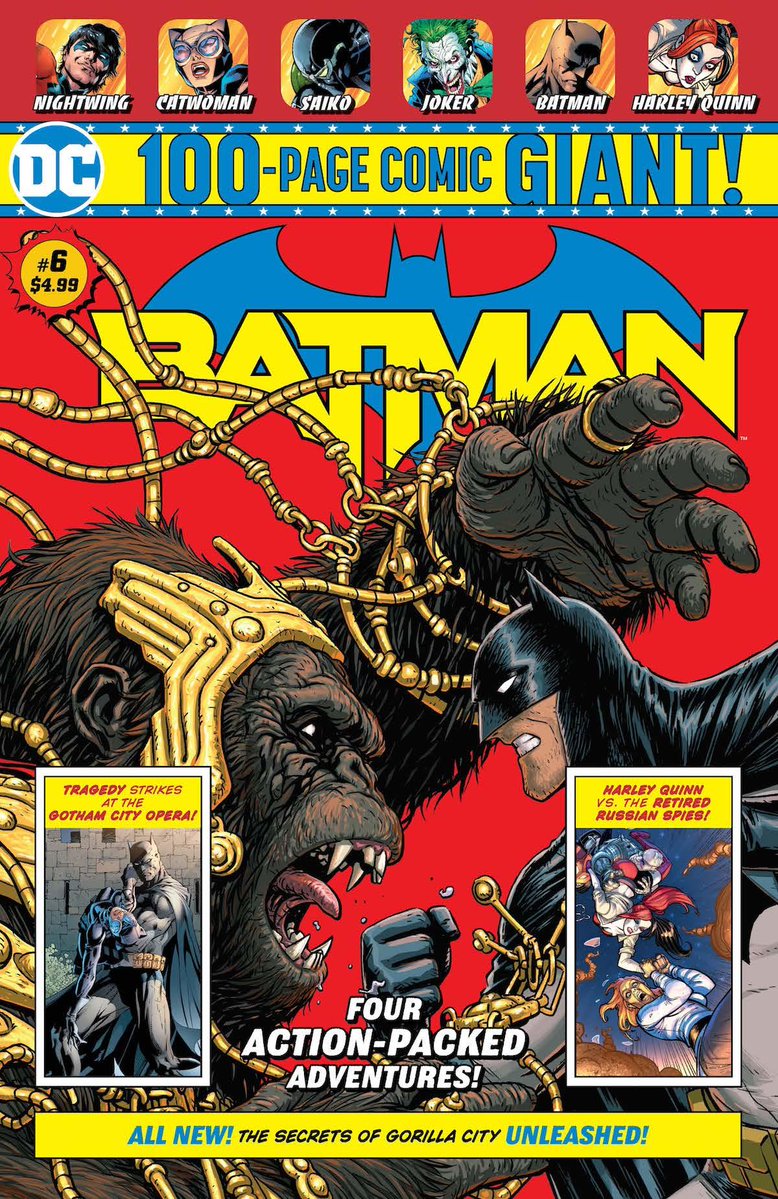 Overview: Batman’s pursuit of the Riddler and the mysterious egg leads him to increasingly bizarre locations throughout the DC Universe.

Synopsis (spoilers ahead): Batman sits in the Batcave, reviewing the facts of his hunt for the antique jeweled egg once owned by Jonah Hex. Alfred assists remotely and offers caustic commentary. Batman theorizes that the egg is alien in origin, then turns off the Batcave simulation, revealing that he’s been following Riddler in the Batplane. Though Alfred warns of starting an international incident, Batman leaps out of the Batplane into Gorilla City. Though he attempts stealth, the gorillas find him and bring him to King Nnamdi. The King is still angry with Batman from a previous encounter, but Batman asks to speak to the Riddler, and the King grants his request. They find the Riddler asleep with the egg, mysteriously having gotten past the gorilla security. As Batman analyzes the egg with a computer scan, he finds himself transported to the planet Thanagar, home of the Hawkpeople!

Analysis: Brian Bendis’s first major foray into writing Batman continues with this fourth installment. The twelve-page story throws Batman into TWO strange and pulpy worlds, first, the mysterious and beautiful Gorilla City, second, the strange planet of Thanagar. Though Bendis’s banter between Batman, Alfred, and the gorillas is as polished as ever, nothing really seems at stake beyond Batman’s adventuring. It feels like a travelogue of the DC Universe, rather than an intense mystery.

That being said, Nick Derington’s art in the series takes a dramatic uptick in drama and energy from the last issue, back to the first two issues level of stunning quality. His Batcave is exciting, his diamond Bat-symbol on Batman’s extra armor provides a lot of visual interest, and his rendering of Gorilla City’s reveal is truly breathtaking. Veteran colorist Dave Stewart highlights the grandeur of Derington’s thick, beautiful lines with solid, well-chosen colors and shading. The scene in which Batman leaps around Gorilla City also combines the energy of classic Nightwing comics with Bendis’s trademark zig-zagging dialogue balloons showing the progression of the character.