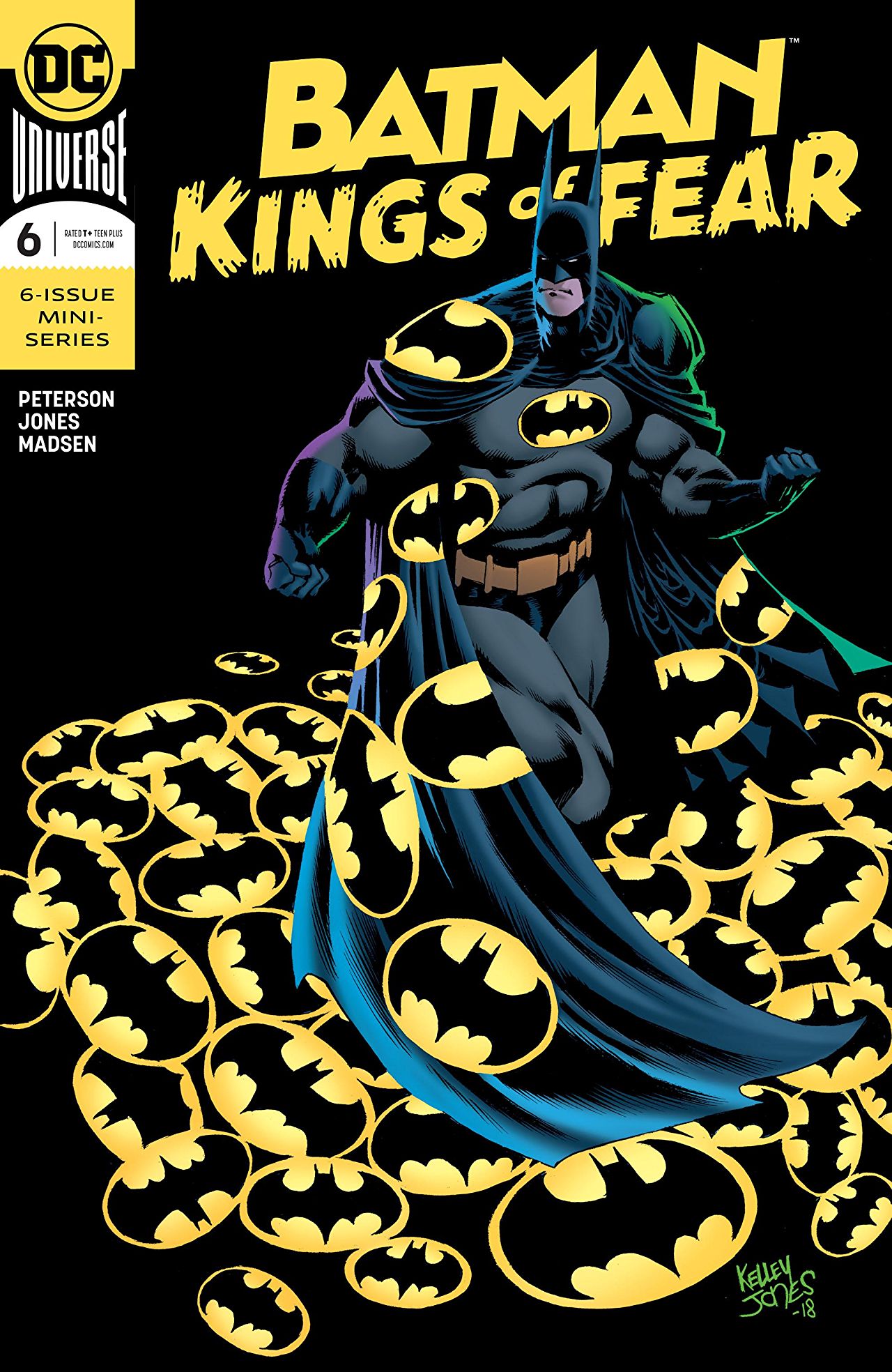 Overview: Scarecrow may have dethroned Batman. How will our Dark Knight respond?

Synopsis (spoilers ahead): Batman is about to punch Scarecrow’s face in when he finds Crane’s captive – tied and gagged inside a closet. Batman asks him, “Why?” Crane admits that he wanted to do away with the Batman. He attempted to cure him, but instead, Batman just stared straight ahead for an hour, never saying a single word. Suddenly, he started thrashing around the room, finding the adrenaline, and Scarecrow realizes Batman had a breakthrough, didn’t he? It drives him mad. He has to know – MUST know his greatest fear. What was it?!

Batman knocks him out. He has to admit, he gets a bit of satisfaction in not answering Crane. He unties the hostage just as Gordon and the GCPD make their way inside. Gordon notices Batman acting strange and asks if he’s okay. Batman tells Gordon that he may need to find an opening for Rhee on the force and then tells him that he saw things that made him question everything he does. Gordon opens up to him, saying that if not for him, he’d be dead. Gordon thanks him. Batman disappears.

Batman is taking Rhee back to Arkham so he can be evaluated. Batman asks him why he did it. Rhee is ashamed, but Batman understands why he was helping Scarecrow; his family was threatened. He was protecting them. Rhee claims to have helped him in the end. Possibly with the adrenaline (it’s not really clear on that), but he knows Scarecrow is going to have it in for him now.

Batman gets out and pulls Scarecrow out of his trunk. He complains, but Batman tells him he thought he’d see the metaphor in it. He leaves him in a cell inside Arkham. Joker asks how the rest of their night went.

Coming around the corner, Batman startles a doctor working there. She says how she’s been hoping to run into him, to thank him. He doesn’t remember her at first, but as she explains it comes to him. He saved her and not just her, but her husband too. He worked for the Riddler. He wanted out but was stuck in that life. Batman gave him a chance to turn things around. He took it. Now they have a baby girl who wouldn’t exist if not for Batman. She informs him if a statistic he wasn’t aware of – after a run-in with Batman, only 2% of criminals return to a life of crime. She thanks him. Again, he disappears.

On his way home, he sees two guys attempting to break into an abandoned building, and he scares them off.

He gets home, exhausted. Alfred checks on him. He admits the same thing to Alfred – that he’s questioning everything. Alfred admits that he hates the idea of Batman. He hates how much Bruce risks every night, but he tells him not to dare say that this is all for nothing. Alfred disappears (upstairs…).

Bruce sits in silence when a police scanner comes alive. At least two dozen inmates have escaped Blackgate. He pulls down his mask and races away. All hail the once and future King of Fear.

Analysis: Scott Peterson has given us a fine character study of Batman and Gotham City itself. Coming into this last issue, I wanted Peterson to do something different and bold, mostly just because it’s out of continuity and he can. But what he gave us was endearing to the character of Batman. It broke down a character that is known for being fundamentally broken and then built him back up – making you understand why he does what he does. It addresses questions that some nerds have had arguments about for years. Although, I’m still trying to piece together how that first issue fits and it’s relevance to the rest of the story. I may have to reread this in collected form. Regardless, Scott Peterson gave us a wonderful Batman story.

Kelley Jones continues to do an excellent job of storytelling. I’m still not sold on his style – as his dimensions and perspective are WAY off at times and his characters lack any form of consistency – but the guy knows how to pace a story. He had some spectacular page layouts. The shattered glass panels looked amazing. There was a page when talking to the doctor in Arkham, where I got lost for a second because of the page layout, but then realized I read it in the correct order and continued on without another hiccup.

Michelle Madsen does an amazing job coloring. She even has some moments where she takes the reigns of storytelling and casts ominous colors when a character is feeling negative emotions. She does this multiple times and each time it stands out on the page. Her work has been amazing through this entire series. Her vibrant rainbow effect across the page makes this book stand out among other Batman books. Rob Leigh letters here, and again, has a moment where he shines at the beginning of this book. His lettering in the background of the art has the effect that the scene called for. Was it difficult to read? Yes. Did that make me stop and try to read it anyway? No. I carried along and it read as a background whisper that I didn’t fully catch, which seemed very much intentional and amazingly well done. He was very consistent and did a solid job the rest of the book.

Final Thoughts: This series had been great. Still considering myself a noob when it comes to comics, I was skeptical about this book. But it’s been a fantastic read. And I can’t wait to see more from these creators in the future.