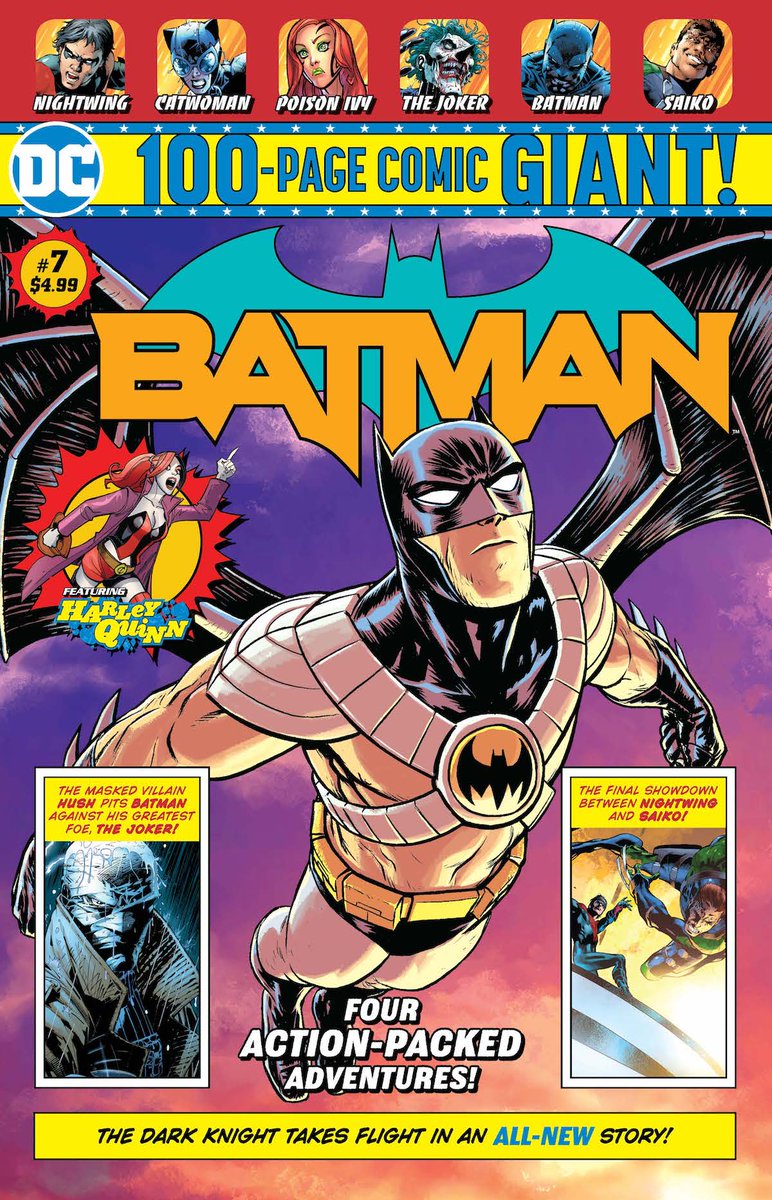 Overview: Batman’s pursuit of the Riddler and the mysterious egg leads him to Thanagar, homeworld of the Hawkpeople.

Synopsis (spoilers ahead): Batman wakes up in the dark, sitting in a chair. A disembodied voice tells him to take off his cowl and armor. He complies, saying that he was a friend of Katar Hol and Shayera Thal, knowing he is on Thanagar. He tries to convince the Hawkpeople that he is law enforcement, like them, and they reveal that he’s actually in the middle of their city. Their chief of officers, Jixsa Hol arrives and shakes Bruce’s hand in welcome. He asks how he can get back to Earth, and they take him to their science center, giving him wings to help him along. On the way, Batman says he believes the technology of the jeweled egg concerns him, and the Thanagarians say it sounds like an unstable quantum core. However, an Onimar Synn, a Sin Eater, attacks the group as they fly, and Batman snaps back to Earth in the confusion.

On Earth, Batman finds himself in the city of the gorillas again, but it lies in flames in the aftermath of an attack by Vandal Savage, who has taken Riddler and the Egg.

Analysis: Brian Bendis produces a fun, pulpy adventure here, with Batman having some fun conversations and a tiny bit of adventure with the Hawkpeople. Again, Nick Derington’s artwork steals the show – the images of Batman flying with the Hawkpeople are magnificent, and really play to his bold linework. All of the characters, familiar and new, shine. Bruce’s facial expressions display a vulnerability that really endears us to him, and the Hawkpeople leap off the page in personality. The plot seems to be fairly episodic at this point, with the throughline of Riddler and Vandal Savage containing the continuing tension. Unfortunately, the danger of the egg feels very nebulous, as does its power, so the reason Savage wants it doesn’t feel very intense to us.

This issue also continues the serialization of Batman: Hush and the New 52 run of Nightwing. The Harley Quinn serialization comes to an end with #7, and Gail Simone’s New 52 Batgirl run will begin serialization next month.