Review: Batman: The Court of Owls 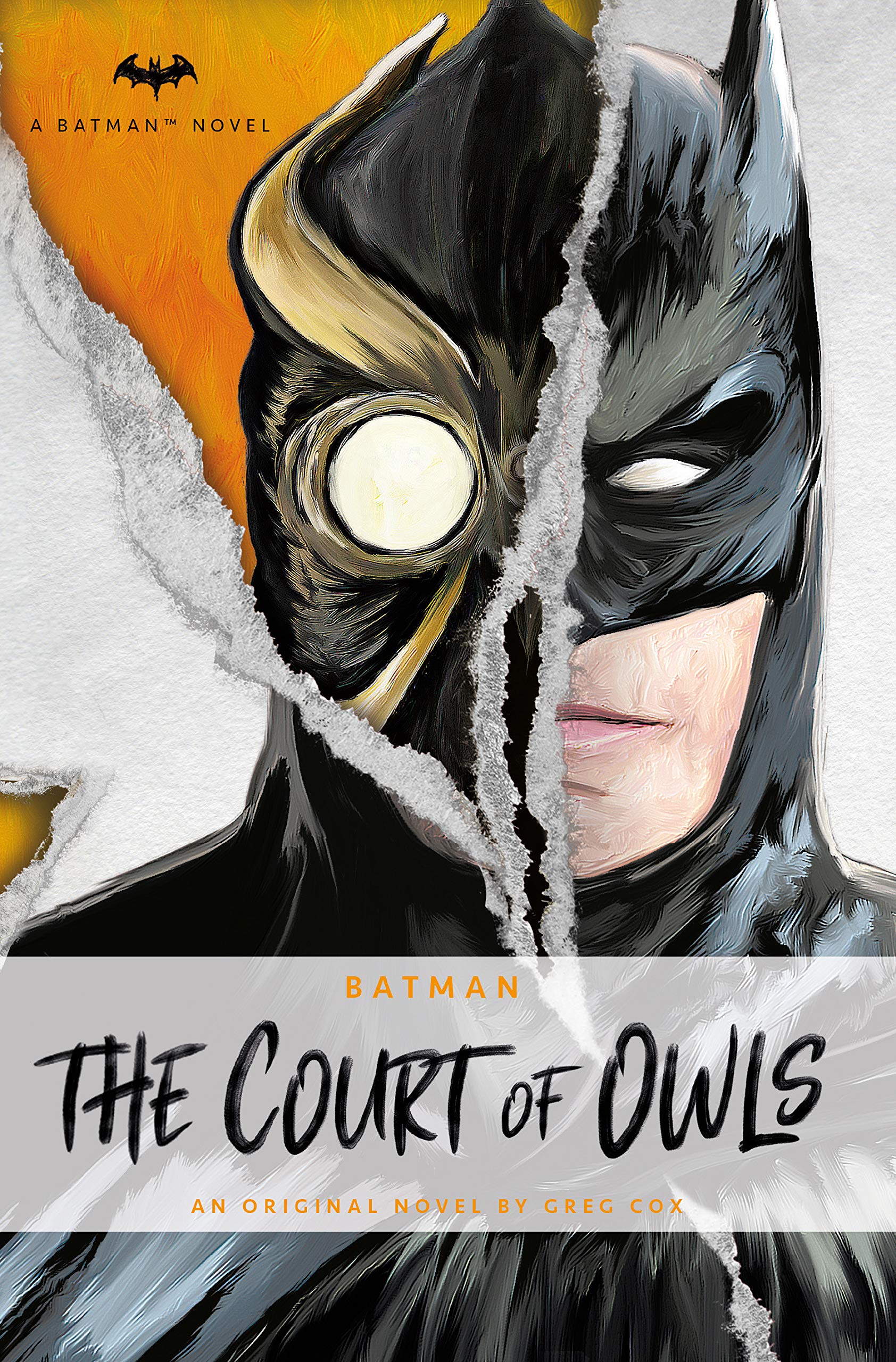 Overview: In this sequel to Scott Snyder and Greg Capullo’s Court of Owls storyline from the Batman comics, Batman races against the Court of Owls’ latest assassin to find a missing graduate student who is the key to uncovering a deadly secret from Gotham’s past.

Analysis: In 2011, when DC decided to reboot the DC Universe, writer Scott Snyder and artist Greg Capullo led the charge for the Batman line of books with an epic twelve issue story that pitted Batman against a secret society that had been controlling Gotham from the shadows for generations. What I like the most about this storyline, is how it played on Batman being a victim of his own hubris and being taught over the course of the story that maybe he doesn’t know Gotham as well as he thinks he does.

When I reviewed the Harley Quinn: Mad Love novel, I took issue with the fact that the writer was clearly not interested in retelling the events of the graphic novel of the same name, but still covered them anyway in such a haphazard fashion that it felt like the cover band version of a hit song.  Writer Greg Cox has taken a different approach and I was delighted to find that I was reading a direct sequel to the events of the original Court of Owl Story. It’s funny that for a story that was such a phenomenon when it was released, the Court of Owls hasn’t really shown up in any meaningful way since that first storyline and I can’t help but appreciate that Cox has decided to take up the challenge of writing a follow-up to that story and I think that he has crafted a successful sequel to the original story.

The story takes place several months after the events of the Court of Owls, where the grizzly murder of a college professor leads Batman to discover that the Court of Owls has returned and is after a missing graduate student who was researching the disappearance of Lydia Doyle, a model who a hundred years ago was the inspiration for many of the statues that make up the landmarks of Gotham City.

The narrative jumps between Batman’s investigation in the present and 1918 Gotham City, where the story of Lydia Doyle’s affair with the artist/scientist who sculpted her likeness eventually leads to tragedy. The jumps between the present and the past are well done, with the flashbacks serving to slowly dole out answers as Batman uncovers them in the present. Stories like this sometimes fall into the trap of feeling like the book is just marking time until it gets back to the main narrative of the story, but Cox takes the time to make these sections feel compelling and these sections had a bittersweet quality that I appreciated.

The main story in the present moves quickly and there is a heavy helping of action set pieces as the story moves along. The main antagonist is the Court’s new Talon, and Cox does an admirable job in setting up the Court of Owl’s new assassin as a nigh-unstoppable force that Batman has to deal with throughout the story and the face-offs with the Talon in the story are violent and memorable. There is a sequence between the Talon and Nightwing which I thought was a standout for its sheer brutality alone.

I enjoyed how the story is structured around Batman having to find hidden clues in the statues of various landmarks in Gotham and the mythology of Gotham City that it suggests. There’s a Dan Brown quality to this story that I think is very fitting for a villain like the Court of Owls.

I like Cox’s take on Batman and enjoyed a very human take on the character who feels the weight of every life that he cannot save. I also liked how this Batman is dealing with a touch of PTSD following his capture at the hands of the Court of Owls and how the story eventually sends Batman back to the one place that he wants to be the least, into the labyrinth where he was trapped by the Court of Owls. Cox also makes liberal use of the rest of Batman’s world, with Nightwing and Batgirl factoring heavily into the plot. I also appreciated the references to the larger Batman Universe, with nods to various Batman characters as well as to the larger DC Universe with shout-outs to characters like Superman, Wonder Woman and even a subtle tip of the hat to deeper in the DCU bench with characters like the Spectre.

The only real drawback to this story is that it really doesn’t stand on its own. It isn’t that Cox isn’t successful in recapping the original story, but I think that something is likely missing for anyone that picked this up without having read the comics that this novel is following up. Batman’s apprehension at returning to the labyrinth I think loses something without the knowledge of Snyder and Capullo’s disorienting and amazing Batman #5.

The last act of the story does take a turn into fairly hard science fiction, which depending on how “realistic” you like your Batman, your mileage may vary as to whether you want to go on this particular ride. I for one had no problem with the turn, which I won’t spoil here, as I thought it was in line with some of the other lore that writer’s like Scott Snyder has set up with concepts like reanimating undead assassins and I think it lends to a fun final climax to the story.

Final Thoughts: I really enjoyed this story. With all the visceral fight scenes and the mission sending Batman and his team around Gotham to uncover secrets hidden in landmarks, this could easily have been another entry into the Arkham video game series and I would enjoy seeing this novel adapted into other media. I thought it was a worthy follow up to the original story and I hope that Greg Cox isn’t finished playing in the world of Batman and with the Court of Owls.

Editor’s Note: Titan Books provided TBU with a review copy of this title. You can purchase your own copy by heading over to Amazon.