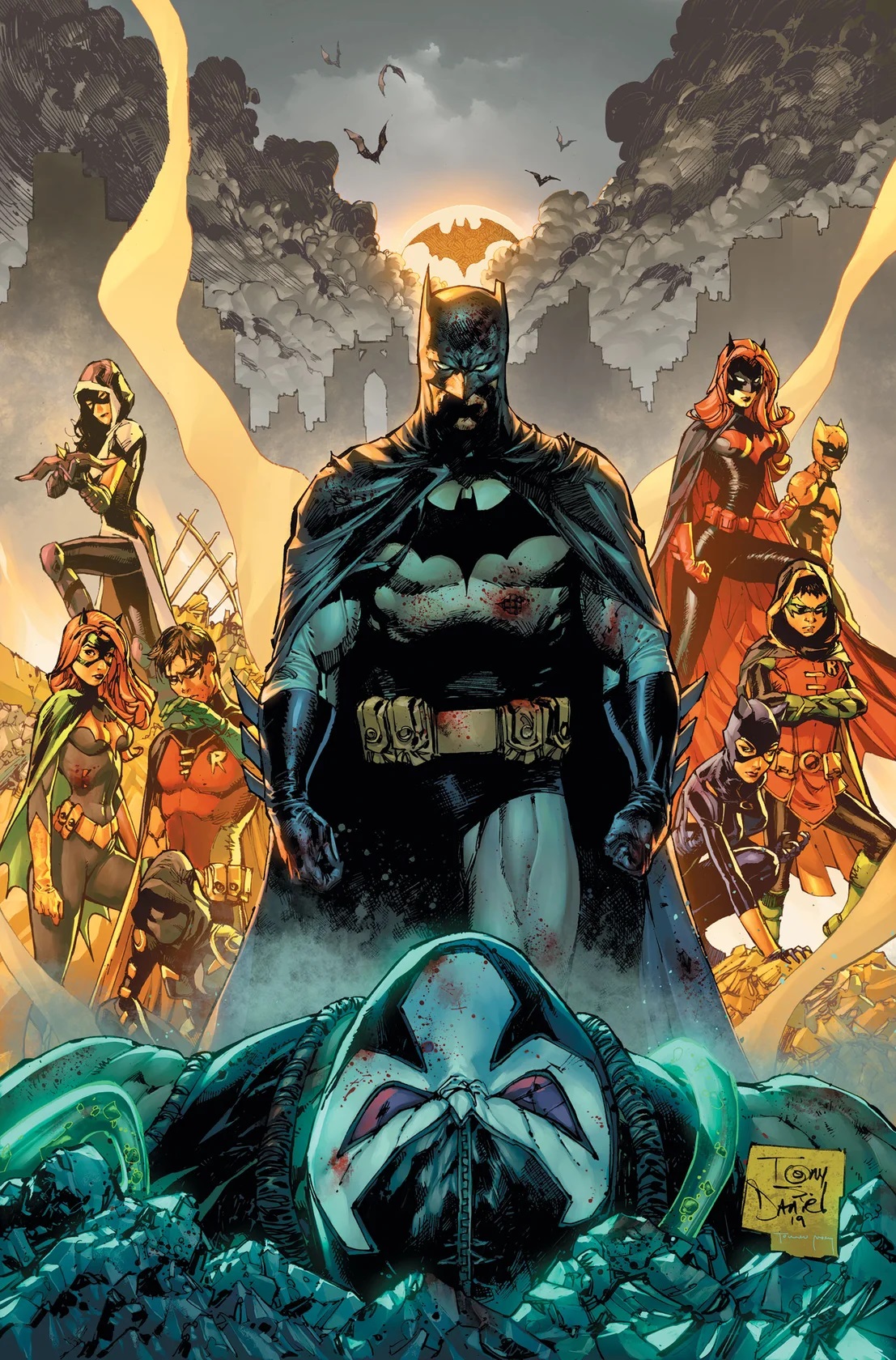 Everyone knew it was coming, as it was just a matter of when it would be announced. Ever since DC announced in May that Batman #85 would be the final issue in Tom King’s run, the question was who would replace him on the main Batman title. Comic Con came and went and nothing was mentioned. Over the weekend, however, DC decided to announce the new team coming to the title at a Barnes and Noble panel in New York in celebration of Batman Day.

James Tynion will be coming to Batman as the writer for the foreseeable future. While DC or Tynion did not state how long he would be on the title (though to be fair, they never announce how long someone is going to be on a title when they take over), it is known that he will be on the title for a while. Tynion stated he would have a chance to tell his Batman story, even hinting that Batman is the title where major events can change the character. Tynion is also not new to the Bat-Books, having previously worked on Batman Eternal, Batman and Robin Eternal, and most recently, Detective Comics at the beginning of Rebirth in addition to the current Batman/Teenage Mutant Ninja Turtles series. Tynion has also worked on a variety of supporting characters within the Batman Universe as well. After his Detective Comics run ended slightly abruptly, Tynion moved over to Justice League Dark and Justice League to work with his long-time collaborator, Scott Snyder.

Joining Tynion on the title will be artist Tony Daniel, inker Danny Miki, and colorist Tomeu Morey. This would also explain why Daniel hasn’t been on Batman after just a few issues into City of Bane. Daniel was originally planned as the artist to tackle the last story arc with Tom King, but that plan changed and Clay Mann, John Romita Jr., and Jorge Fornes are all filling in for the final group of issues before King’s run ends in December.

Tynion gave an interview to The Hollywood Reporter and when asked what if he plans on doing a story similar to his run on Detective Comics including the Bat-Family, he had this to say.

I don’t think you could put me back in Gotham City and not have me play with the Bat-family to some degree, but that is one of the challenges of this book, and one of the things that makes me so excited to write it. I have done so much with the Bat-family, and the entire supporting cast in Gotham City, but the character I have done the least work with, the character I haven’t done a core, emotional narrative with, is Batman. I haven’t told a solo Batman story. Readers out there don’t know what a “James Tynion solo Batman story” is, but I’ve been cooking them up this whole time, and honestly, getting to pull the trigger on all of these great big ideas is the thrill of being in the driving seat of the Batmobile.

When you’re on a book like Detective, you can do a lot of things and you can affect a lot of the characters, but at the end of the day, everyone knows that the main Batman book is Batman. If there’s a main status quo shift to one of the characters, it’s not going to happen in one of the secondary books. Now, given the core [title], I’m able to do some of the things, some of the biggest stories, that I’ve always really wanted to do and tell. That’s the thrill of coming on here.

The first issue for the new creative team will be Batman #86 which will release on January 8. This is also expected to be the first month Batman goes back to a monthly schedule as well.

**Full disclosure: The art attached to the article is actually the cover to Batman #85 by Tony Daniel. This has nothing to do with the new creative team’s issue or story direction. **