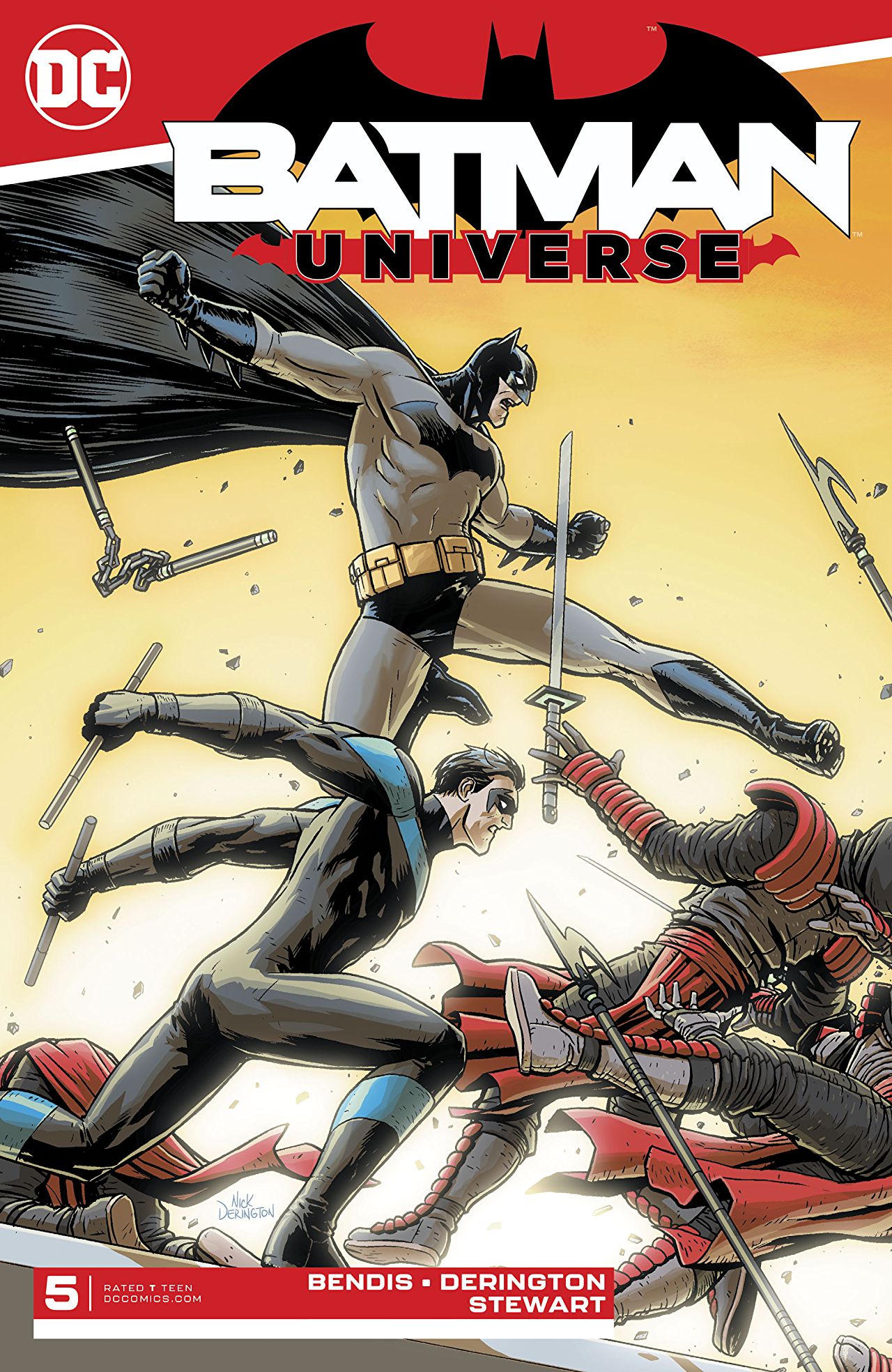 Overview: Batman and Nightwing team up as they go up against ninjas, in search of the Faberge egg! Hijinks ensue!

Synopsis (spoilers ahead): The plot revolves around Batman and Nightwing teaming up to take on the ninjas of Vandal Savage, as they continue to search for the Faberge egg. After defeating the ninjas, they come up against Vandal Savage himself, who has regained control of the egg and offers to give Batman a Viking’s death after his glorious life of adventure along with the ability to pick the time and place of his death. Batman then says he has no fear of Vandal Savage and recites the Green Lantern Oath, at which point the egg breaks open and consumes Batman turning him into a White Lantern!

Batman easily defeats Vandal Savage with his newfound power, but then the Green Lantern Corps appears, demanding he surrenders immediately. Batman appears trapped and not in full control of the Lantern ring, which seeks to defend itself and Batman against the Lantern Corps. The power source from the ring seems to consume everything with white energy, leading to Batman, back in his usual attire, in a mysterious place.

Analysis: It’s hard to believe the dramatic drop in quality in this issue of Batman: Universe – after the relative merits of the prior issue which this reviewer praised, Bendis is back to his all too familiar style of the last decade, giving us the quipping Batman we don’t want and haven’t asked for, along with a wafer-thin storyline, that seems to have run completely out of gas by the fifth part of the series.

I turn to the art in this review because it’s the only thing salvaging this comic. It frankly looks beautiful. The more I read of this issue the more I felt like I wanted to watch this as a silent issue in itself, separate from the chatty, shallow banter which Batman indulges in. It’s not so much an issue with the Nightwing persona but the failure of Bendis to properly characterize Batman means this issue will always fail – if there is one character you have to get right while writing Batman, it’s Batman. It’s not that Batman doesn’t have a sense of humor but Bendis seems to think he’s a one-line quip machine and it’s frankly unsettling. My attention to the story, which is slight and essentially an excuse to traverse the DC Universe, wavered throughout. I shouldn’t have to try so hard to pay attention to such a lackluster comic.

But then we have the art – the beautiful fight sequence spread across two glorious pages showing Batman and Nightwing against the ninjas beats just about any comic book art I’ve seen in the last few years – it’s mind-boggling. How do you score a title with glorious art but a poor central story? Score-wise I’m not sure “buy it” needs to be mentioned, as outside of Nick Derington, there is very little to recommend this issue. I turn as always to the thought that these were in Walmart, going for casual fans of Batman – when I compare this to the book that got me invested in Batman 100%, which was The Dark Knight Returns, I remain amazed that DC think a quipping Batman (who at times sounds like he is directly off the Adam West show) was the right move. There is a way to play Batman with humor and more recently I’d point to the Batman: The Brave and the Bold television series, which was successful in making Batman at times the arrow-straight character in a fantastic fast-paced farce.  Perhaps that is what Bendis was going for and he just fumbled the ball – the storyline has all the trappings of a farce but none of the charm.

Final Thoughts: A dire issue in an inconsistent series, this could be a new low point for Bendis. The art by Nick Derington is nonetheless magnificent. This is for completists only. Read on at our own risk.