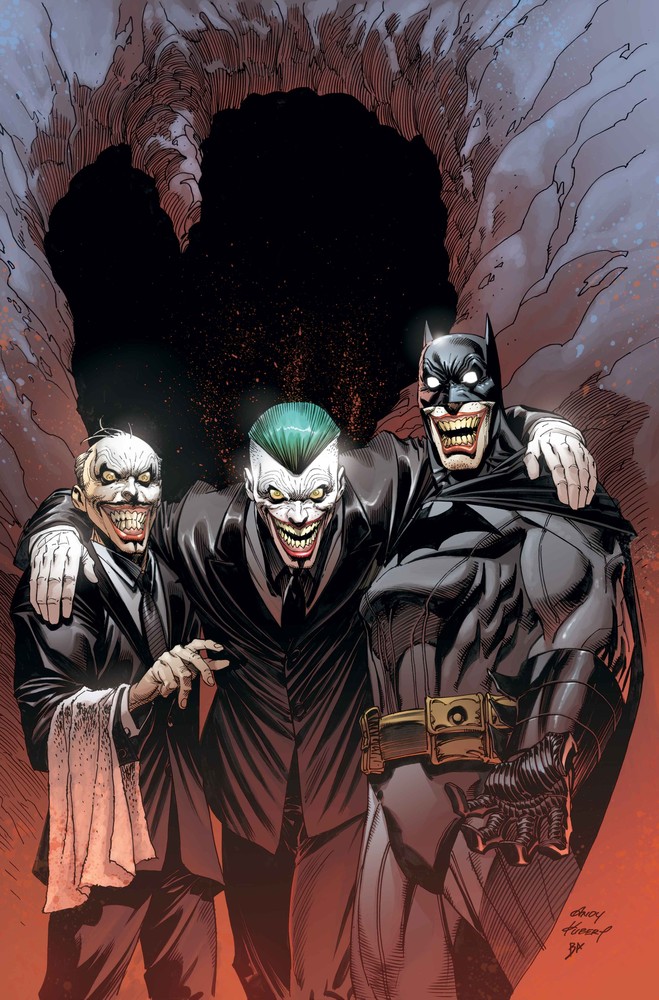 DC has announced that they will be offering a special hardcover trade collecting a variety of stories that are tie-in’s and backups to Scott Snyder’s second epic Joker story, “Endgame.”  The Joker: Endgame Collection will be available in comic shops on September 23, 2015 and will include BATMAN ANNUAL #3, back-up stories from BATMAN #35-39, along with GOTHAM ACADEMY: ENDGAME #1, BATGIRL: ENDGAME #1, DETECTIVE COMICS: ENDGAME #1, and ARKHAM MANOR: ENDGAME #1.

All of these stories from writers and creators like James Tynion IV, Becky Cloonan, Cameron Stewart, Brenden Fletcher, Brian Buccellato, Frank Tieri, among others and art by Kelley Jones, Graham Nolan, John McCrea, Sam Keith, Dustin Nguyen, Rege Antonio, Jeff Stokey Bengal and with a cover by Andy Kubert, will be a companion piece to the eventual trade collecting the main stories from BATMAN #35-39.  And for a price of $24.99, this collection of stories is a great deal.

Look for this collection in September and look for the last of the Endgame tie-ins to come in Gotham Academy and Arkham Manor this coming Wednesday, April 1.