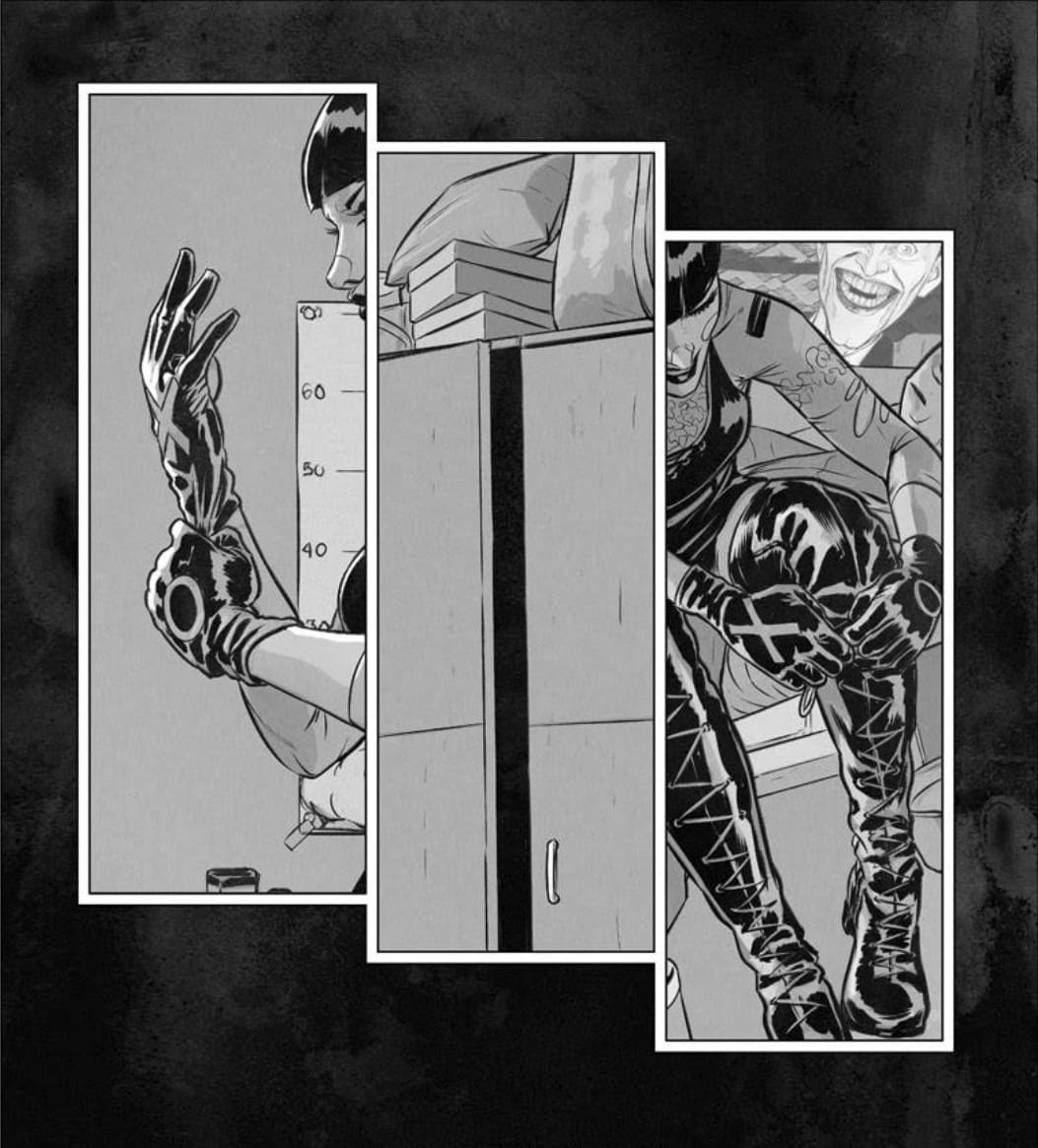 In his semi-regular newsletter, Batman scribe James Tynion let readers in on some more details regarding his current Batman run.

While discussing the upcoming Joker War arc, he announced yet another new character that Batman will encounter. This new character is named Clownhunter, and it is yet to be known whether Clownhunter will be an ally of Batman or a foe. We can assume, based on the name, that Clownhunter won’t be friends with the Joker though. James Tynion writes:

Jorge and I just created a new character named CLOWNHUNTER, who shows up in Batman #96, part two of Joker War. I am very, very excited about him, and the absolutely brutal wrench he’s going to throw into the mix of that story.

The addition of Clownhunter brings the total new character count for Tynion’s Batman run up to four. To date, we’ve finally been introduced the Designer, and we’ve seen glimpses in Batman #89 and Hell Arisen #3 of Punchline, Joker’s newest love interest/second-in-command.

Issue 92 features another new character, The Underbroker (who will continue into Joker War), and features Punchline’s full introduction into the series. Where she actually appears and fights with folks.

Along with this exciting news, the Batman writer dropped more details surrounding Punchline. According to the writer, Punchline was created back in December when artist Jorge Jimenez and Tynion were planning the Joker War arc.

“I knew I needed Joker to have a lieutenant in that war. A Number Two,” Tynion wrote. “We started cooking up the idea of a polar opposite to Harley Quinn, and Jorge designed Punchline. The design was [f***ing] awesome and I didn’t want to wait to use her in a comic.

“I had written in some generic gangsters helping out Joker in Hell Arisen #3, so I emailed my editor on that book and said that rather than a generic person in a clown mask, let’s slip Punchline in there,” Tynion continued. “Then I realized that she was going to appear in Hell Arisen #3 a full month before she showed up in Batman, which wasn’t going to happen until issue #92. Thanks to the joy of double-ship comics, [Batman] #89 hadn’t been written yet, so I decided to slip her in there, because it felt weird for her to pop up in an event mini that didn’t really tie directly into Joker War.”

Tynion also discussed the hype surrounding Punchline and explains that it wasn’t expected. “The real truth is that new characters don’t always equal buzz,” he explained. He then doubled-down on how awesome he promises Punchline will be and expressed that the creative team (including himself) are very intent on making Punchline a character that matters to the greater Batman Universe. They know, going forward, that they need to cultivate a character truly worthy of the explosive Internet buzz.

Furthermore, the Batman scribe let it drop that Punchline will have an origin story attached to the Joker 80th Anniversary special issue scheduled for April 29th. Included in this announcement was a sneak peek image drawn by artist Mikel Janin. These next few months are shaping up to be exciting new shake-ups for Batman. We’re due for new characters, a new Batman-based event with tie-ins, and several anniversary issues. Suffice to say, it’s a great time to be a Batman fan, and our only hope is that Tynion, Jimenez, and the rest of the Batman creative team deliver.