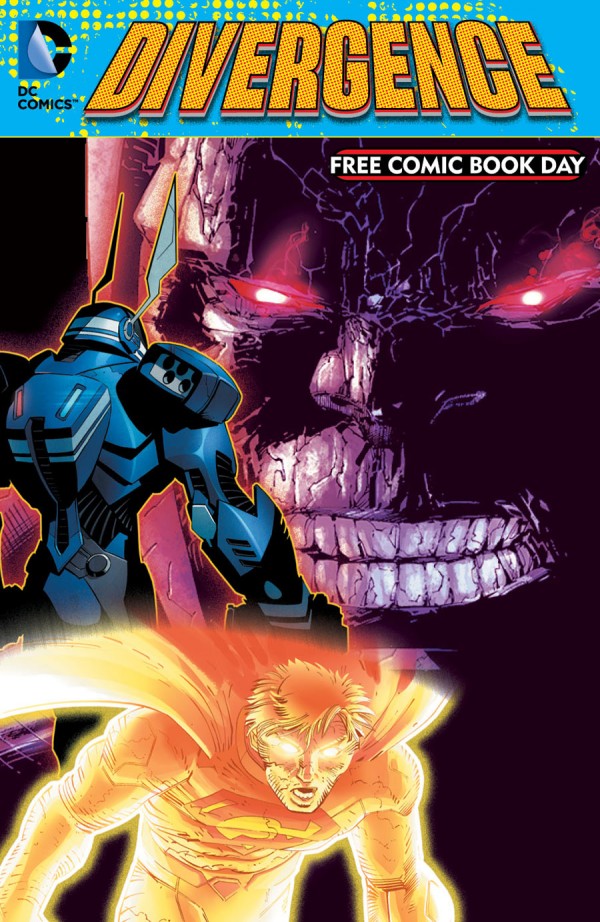 Bleeding Cool is reporting some big spoilers from DC’s Free Comic Book Day special issue “Divergence.”  TBU had already reported that the upcoming preview issue would give us more information about the redesign of the “All-New Batman” and that certainly seems to be the case as the end of the 8-page preview story set after the events of Scott Snyder and Greg Capullo’s “Endgame” storyline in the pages of Batman shows off the story behind the redesign.

Warning:  Do not read any further unless you are willing to read spoilers. It would seem, as many had speculated, that the All-New Batman in the robotic suit is, in fact, ex-commissioner of the Gotham City Police Department Jim Gordon.  According to Bleeding Cool, in the story we see Jim Gordon smoking a cigarette speaking to Maggie Sawyer as she asks him if he is ready to become the new Batman.  We then see the robotic Batsuit, and a Gordon whose head and mustache have both been shaved inside it.

If the reports about the FCBD issue are true, it would seem to be that the rumors were true and we’ll see Jim Gordon don a completely new type of cowl and become the Batman at least for the near future.

Pick up this “Divergence” issue on Free Comic Book Day, Saturday, May 2nd, 2015.

Editor’s Note: We have seen the pages floating around the internet and the report is correct. Jim Gordon is in the robo-bat-suit. We won’t be publishing the images here, as we encourage you to pick up the issue for free on May 2.