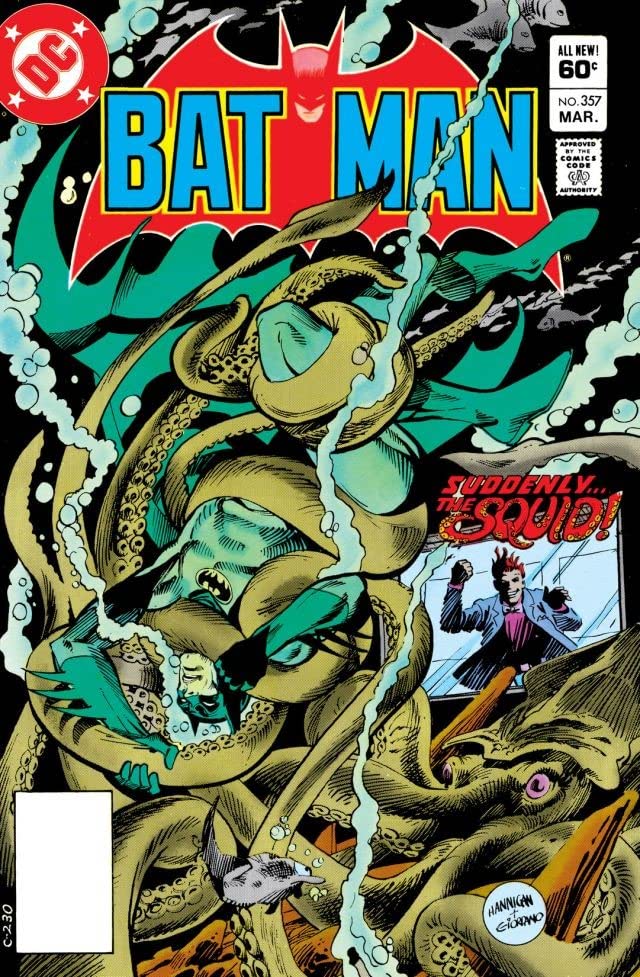 Editor’s Note: With new release comics starting to release, we have decided that we will still occasionally release a review focusing on taking a look at older issues of note. The format of the reviews is the same, but we will be sure to tell you when the issue was originally released and where you can find it.

Flashback Notes: This issue was originally released in March 1983. This story features the first appearance of Jason Todd and Killer Croc. You can find this issue on Comixology for purchase, part of the DC Universe subscription offerings, or in back issue bins at local comic shops or online.

Overview: As someone who considers themselves a comic book historian, I feel it is important to remember that comics aren’t always preserved; rather, they lay the foundation for future stories. As someone who has been covering Jason Todd’s Outlaw run for as long as I have, I think it is important to cover everything that happened in his beginnings.

No, this is not an article covering his post-Crisis appearance. In fact, in this first issue, Jason is nothing more than a footnote, a tease in a subplot going on in the background. That makes this story so amazing in the age where every major reveal will take up the primary slot of a story, and cut off the rest of the world. This story, instead, exclusively cares about the world it lives in and just so happens to include a major earth-shattering change.

Enough set-up; let’s explain a little about what is happening, because so much happens in this comic, and very little has to do with the “story.”

Synopsis (spoilers ahead): The first three pages are simple enough. Batman is taking down a new drug distributor, learning that the man who put him in charge of the operation is a foe by the name of “The Squid”. It then jumps over to a subplot covering Commissioner Gordon getting a physical and Mayor Hill and Gordon having a conflict. This isn’t entirely unrelated to the main story, as this subplot ends with Batman meeting back up with Gordon to explain the details of the Squid case and Batman’s history with him.

Next, we have what looks like another subplot where some money guy who worked for Tony Falco is about to be cut down by some thugs, only for the money guy to be rescued by some shadowy figure, whose goons scare off the attackers with machine guns. We get a small return to Batman and Gordon discussing why the Squid is in Gotham before we cut over to another subplot.

This subplot involves Dick Grayson, who is now mostly retired from Robin duty and working full-time as Nightwing with the Teen Titans, meeting up with an old clown buddy to see a circus act. The clown brought Dick in to show him a new acrobatic act, but who else could be showing up for this kind of scene but Killer Croc and his associate? These two begin a protection racket on the circus owner while Dick and his friend watch the new act. In this new act, they see a mother, father, and a little blond-haired son performing for the crowd, just like another little acrobat family forty-some years ago in publication history. This subplot lasts only three pages, but as we already can tell, this little blond boy is the future Jason Todd.

The rest of the story focuses on the Squid’s attempts to murder Tony Falco and completely take over his criminal operations in Gotham, as part of his mission to destroy Batman. We see another subplot involving a reporter named Olivia Ortega, who Batman enlists to help him protect Falco, but the issue ends with Batman being captured by the Squid and about to be killed by his pet giant squid.

Analysis: It’s truly amazing just how innocuous Jason’s first appearance is. We never even learn the boy’s name, just “Todd.” Killer Croc takes up more screen time in this subplot, and as I said, this entire portion of the comic only takes up three pages. It’s also hard to call this the only “subplot” in this issue. While so much of this story spends a lot more time involved in the lives of its characters, everyone else is directly involved in the plot.

Gordon and Ortega have entire conversations and arguments with people unrelated to the main story, even though their actions and storylines directly relate to it. None of this is what you see nowadays with modern comics. Everything is linear in a modern comic. If the comic is about Batman, then the story will be about Batman. It compacts the narrative, making Batman’s world feel small and isolated. In this comic, however, we see all of Gotham. We get establishing shots in small panels instead of splash pages. We get to see the entire social lives of our secondary cast. And it’s only because of this does the story’s finale actually work in my opinion.

Batman’s plan to protect Falco is to pretend to be him during the court hearing and then get “rescued” by the Squid. If this was any other comic printed nowadays, we’d see the reveal coming a mile away because the Batman stories rarely show anyone but Batman or focus the narrative on him. We spend so much of this comic actually seeing the lives of other people, that when the comic decides to spend FOUR pages dedicated to Tony Falco’s trial and his escape, we genuinely believe that this is Tony Falco. Batman could be tailing him. Batman could have put a tracer or a wire on him. The Squid could even have acted before Batman was ready and this isn’t even part of the plan.

Because we actually spend time without characters, we are tricked into believing Falco is the genuine article, and it only makes the Squid all the more intelligent and threatening of a villain when he exposes Batman’s disguise and defeats him in the end. The Squid is actually smarter than the reader in this case. He is given most of the same information as the reader, and he figures it out before us. Any modern comic nowadays would have Bruce’s plan either be telegraphed to the reader, or just get sprung without set up, or just be very obvious. When the criminals fall for it, it only makes them look incompetent. When they see through the plan, it only looks contrived.

Final Thoughts: Jason Todd’s origin is more about the brilliance of Gary Conway as a writer. In the following issue, we’ll see a bit more dedicated to Jason’s brilliance though.