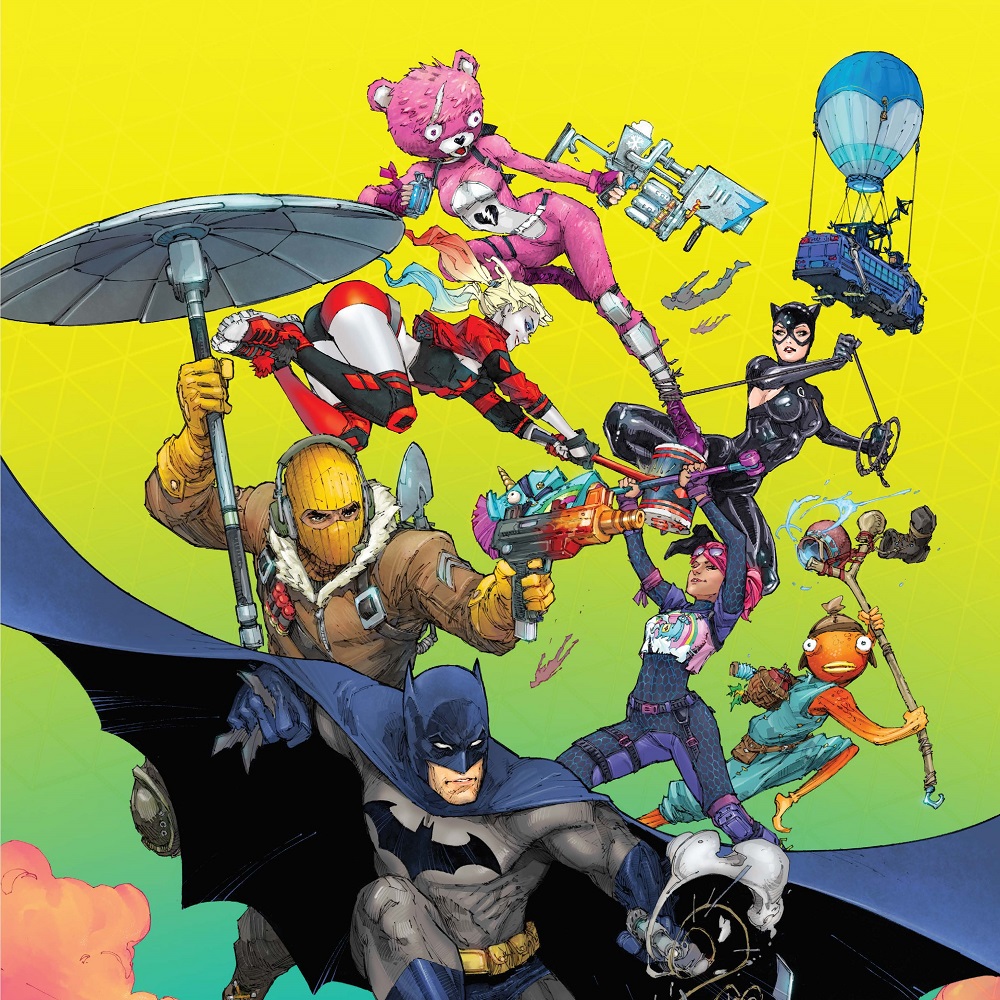 If you are currently alive right now, you are probably aware that one of the most popular games available right now is Fortnite. Obviously, one of the most popular comic characters of all time is Batman. So why not have those two aspects of pop culture crossover? Well, they actually have inside of the game, but now Epic Games has teamed with DC Comics for a new miniseries called Batman/Fortnite: Zero Point.

The six-issue miniseries will debut in print and digitally on April 20, 2021. Print issues will include bonus codes that will unlock in-game items featuring elements from the comic storyline. The first issue will feature a Rebirth Harley Quinn outfit that can be worn in the game. Additionally, if you redeem all six codes (one from each issue released) you will also receive a new armored Batman Zero outfit.

On top of that, if you are a DC Universe Infinite subscriber, the series and bonus items will be free to users in the US. Outside of the US, print issues will release on the same date in North America, Germany, Italy, Mexico, Brazil, Spain, and the Czech Republic and include the codes for in-game use.

Getting back to the comic series, with the first issue releasing in April, May and June will have two issues released and the final issue will release in July. The release schedule is planned to have a new issue every other week after it launches. Each issue will be priced at $4.99, or $5.99 for the card stock variant. Here is a first look a the upcoming series along with the covers and the Harley Quinn bonus item.

The series will be written by Christos Gage based on concepts and consultation from the CCO of Epic Games, Donald Mustard. The series will feature art by Reilly Brown, Christian Duce, Nelson DeCastro, and John Kalisz. The main cover of the first issue will be by Mikel Janin with the variant cover by Kenneth Rocafort. Future variant covers will feature the work of Arthur Adams, Jim Lee, Amanda Conner, and more.

A crack splits the sky above Gotham City… a tear in reality itself. This rift pulls the Dark Knight into a bizarre and unfamiliar world, with no memory of who he is or where he came from…Batman has been drawn into Fortnite!

As he fights to recall his past and escape an endless loop of chaos and struggle, he’ll come face-to-face with the likes of Renegade Raider, Fishstick, Bandolier, and more. While the world’s greatest detective strives to make sense of this strange new world, he’ll uncover the shocking truth about the Island, what lies beyond the Loop, and how everything is connected to the mysterious Zero Point.

Batman/Fortnite: Zero Point uncovers secrets never before revealed in-game or anywhere else! Every fan of Batman, Fortnite, stunning art, and edge-of-your-seat excitement won’t want to miss the Caped Crusader facing off against Fortnite champions on the Island, in a desperate attempt to save not only himself, but other familiar faces from the DCU…and perhaps the Multiverse itself!

Fortnite has done crossovers with a lot of franchises over its existence and this comic series might be the beginning of even more DC content coming to the game in the future. Are you excited about this new series? Or are you looking forward to the in-game items?