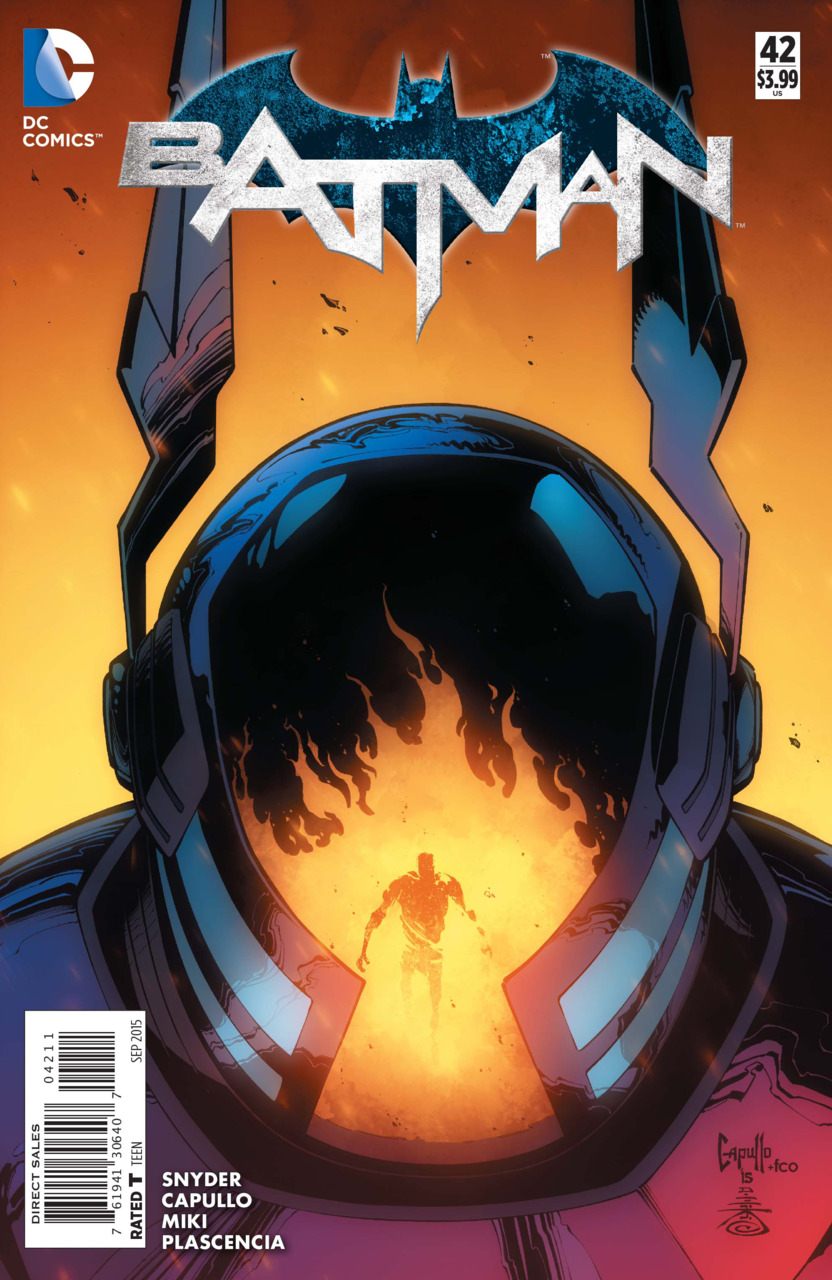 This issue has me sold on Snyder’s new direction. Before I read any of this arc, I was being an optimist. Trying to not let the Internet of today force me into a rage on anything that might be different. I trusted in what the creative team is doing, and at the very worst of it all, I’d get Bruce back in due time. The last issue was a lot of fun. I enjoyed it very much, as you remember I gave it a solid review and recommendation to give it a try. I hope you stuck with it again this month, because it only got better. Snyder has blown me away with his writing of Bruce over the years. Not because it’s anything revolutionary. Not because of the big spectacle. Nor from the over-the-top bombastic craziness that Snyder has fun playing with. It’s always those little moments that he sprinkles throughout the series, and then nails you in the heart at the very end. The moments where he takes this character that you love so much, and shows you something new to love about him. He shows you that Bruce bleeds – what he wants more than anything in the world. What would truly make him happy. He does this in a way that makes you connect with a character that is usually played as the constant – the stone-hearted straight-man.

He’s still doing that with us, even with Bruce “gone”. He is also showing us the guts that Gordon has – the fire that we’ve always seen, but burning with more intensity than ever before. And the most exciting thing about this arc, is that it can go anywhere from here. Want Bruce back by issue 50? Done. Capullo and Snyder want to keep writing Gordon? Sounds great. You guys weren’t done writing Dick Grayson, and want to make him Batman again? That makes sense too, since he no longer has a social life. There are endless possibilities from here on out, and this is a moment we should embrace. How often do you read a superhero comic, and have absolutely NO CLUE how things are going to end? That is something you usually get in today’s creator-owned comics, not in big name superhero comics. Especially not Batman. If this issue doesn’t get you to like Robo-cop-bat… I guess you just like boring, predictable entertainment.

Some kids have their Batmam actions figures out, comparing the new Batman to the old one. A kid says that the new one isn’t really Batman, and he can’t wait for the old one to come back (Snyder channeling the Internet). We will come back to this scene later.

Julia comes down to meet with Gordon, as he is trying to preoccupy his mind so that he doesn’t smoke by practicing throwing some Batarangs. He reveals to her his superpower – he has to constantly shave, because his mustache grows back every three minutes. I KNEW IT! Pretty sure this confirms that Gordon came out of the womb with a mustache. As the guys on The Batman Universe Podcast say: #confirmed.

Julia shows Jim his new Batmobile, because the kids keep knocking him for that. It’s a freaking huge Bat-Truck. Seriously, it’s like a train. It kind of reminds me of the Batmobile on my old lunchbox… Daryl gets a reading on the new Bat-app of some trouble, (Bat-app being 911 for people who are too cool for 911) and he glides down to the Narrows to investigate. However, he is hit by a building that is changing form. Gee Gee Heung, a member of an Asian mafia who now has the superpower to do mold and shape… the city, I guess. Gordon calls the Bat-Truck, and it smashes into Heung, taking him down, as he dies from radiation poisoning from a drug that gave him these superpowers. A drug that grants different people different powers, like the energy guy from last issue. A drug supplied by a Mr. Bloom.

Julia (yes, I know this is the third paragraph starting with her name) meets up with Gordon again, as he is icing his shoulder, practicing throwing Batarangs, and… SMOKING?!… Just kidding, it’s a candy cigarette. Gordon figures out that she worked with Batman before. And she gives him the advice to be true to himself, instead of worrying about the symbol of being Batman. That’s for criminals to worry about.

Back with the kids from the beginning, the argument turns to Duke Thomas to decide – “Is the old Batman gone for good?” He says he has no idea, as a bearded Bruce Wayne drops off bottles of water for the kids, telling the, to call him ‘Bruce’ instead of ‘Mr. Wayne’. He is working with Julie Madison, at some sort of craft place. When he enters the other room, Gordon tells him that he is Batman and he wants to talk with him. Whaaaat?! Is Bruce running off to have the family Alfred always wanted for him? Does he have amnesia? What’s going on?!