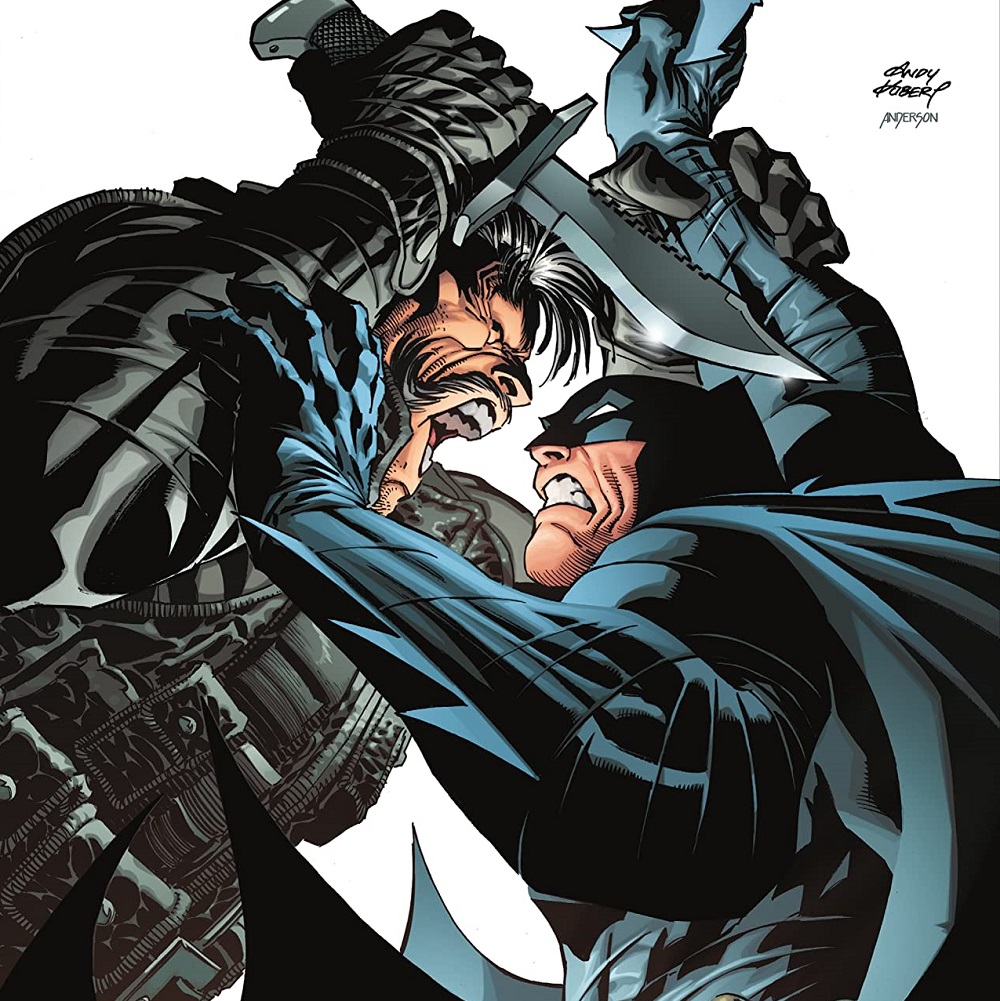 Overview: As Henri Ducard’s life hangs in the balance in Batman: The Detective #3, Batman reminisces about how his former mentor helped him become the manhunter he is today.

Synopsis (spoilers ahead): Years before he became Batman, Bruce Wayne traveled to Paris to find Henri Ducard, hoping the seasoned professional could teach him how to become a manhunter. Ducard trained the seventeen year old Bruce for months, causing the boy billionaire to overestimate his abilities. Seeking to impress his teacher, Bruce began tracking a crime accountant, but bit off more than he could chew. Ducard rescued Wayne, but killed the accountant in the process. Bruce drew the line at murder, and ended his relationship with Ducard. As Bruce begins to recall a later encounter he had with Ducard as Batman, his thoughts are interrupted by the police. As the issue ends, Bruce Wayne is led away in handcuffs, as the officers inform him that he’s being arrested for the murder of Henri Ducard.

Analysis: Batman: The Detective #3 hit all the right beats for me. As a seasoned Batman reader I’ve seen various flashbacks to Bruce’s training across multiple forms of media. The concept usually feels played out to me, but I found myself enjoying this fresh take. Tom Taylor wrote an engaging flashback, and it was refreshing to see a young Bruce Wayne who made mistakes. How often do we see someone catch Bruce trailing them, and then get the drop on him? It was also interesting to see the naivety Bruce had back then. What did he really think Ducard did as a manhunter?

The cliffhanger grabbed my attention, and had me eager for the next issue. Let’s face it – that’s what cliffhangers are supposed to do, so hats off to Taylor again for leaving me hungry for more. Between this limited series and his current work on Nightwing, Taylor might be the next rising star for the Bat-Books.

It helps that this issue was penciled by Andy Kubert, who is still one of the most dynamic artists in comics today. The panels felt cinematic and the action sequences popped. It helps that Sandra Hope’s inks greatly enhance Kubert’s pencils, making this comic a visual treat. The modern version of Bruce looks a little off to me, but I chalk that up to a stylized choice, and it seems to work for the story.

This might seem like a minor touch, but I really appreciated the attention given to Batman’s costume during the flashbacks. The Dark Knight was illustrated wearing his “grey suit, yellow oval, and trunks” outfit, and I can’t help but get nostalgic.

Tom Taylor delivers a fresh take on Bruce’s formative years, while setting up some exciting developments for the present day. Don’t sleep on this limited series.