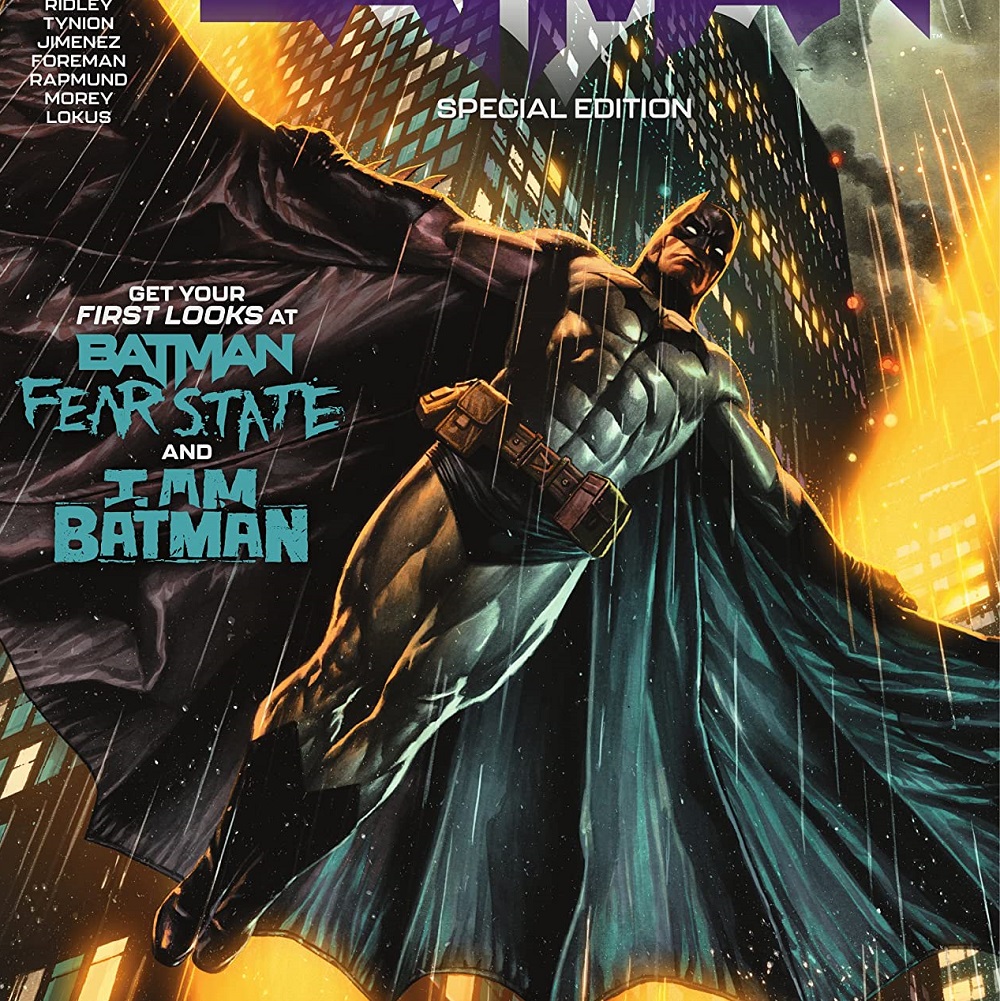 Synopsis (spoilers ahead): We open with a television ad from Saint Industries, claiming to believe in the “New Gotham City”, while Batman calls Oracle for help, as he believes Scarecrow has gotten into his brain, images of a giant Scarecrow chasing him through a deserted field, as Simon Saint introduces Peacekeeper-01 on the television. Batman manages to get to the Batmobile, injects himself with anti-fear-toxin, but continues hallucinating Scarecrow breaking his windshield. Coming to himself, Batman calls desperately for help.

Analysis: Though there’s not a whole lot to be gleaned from an eight-page preview story with Batman Special Edition (FCBD) #1, really more of a teaser trailer than a story, similar to the Batman Day preview for Batman and Robin Eternal in 2015, or the backup feature in Batman #85 in 2019. It gives a taste of the upcoming event, an important piece of information in the idea that Scarecrow is using mind-control technology, not a fear toxin, as his primary weapon, and a conclusion to the flash-forward sections of The Cowardly Lot, the prelude arc for Fear State. We also get some vivid design pages by Jorge Jimenez for Miracle Molly, the Gardener, Mr. Wyze, Peacekeeper-01, and Queen Ivy, plus a brief interview with Tynion. It also gives a really nicely laid-out checklist of titles included in the event from August to December. Rounding out the free issue are selected pages from I Am Batman #0 by John Ridley and Travel Forman, showing a street-level look at the events of Gotham City during Fear State, through the eyes of Jace Fox, continuing the adventures started in Second Son.

Providing an eight-page teaser for Fear State, background designs, interviews, and a checklist for the event, and a preview of I Am Batman, the Free Comic Book Day Batman Special Edition issue is a fun pamphlet for those interested in the next three months of Batman.