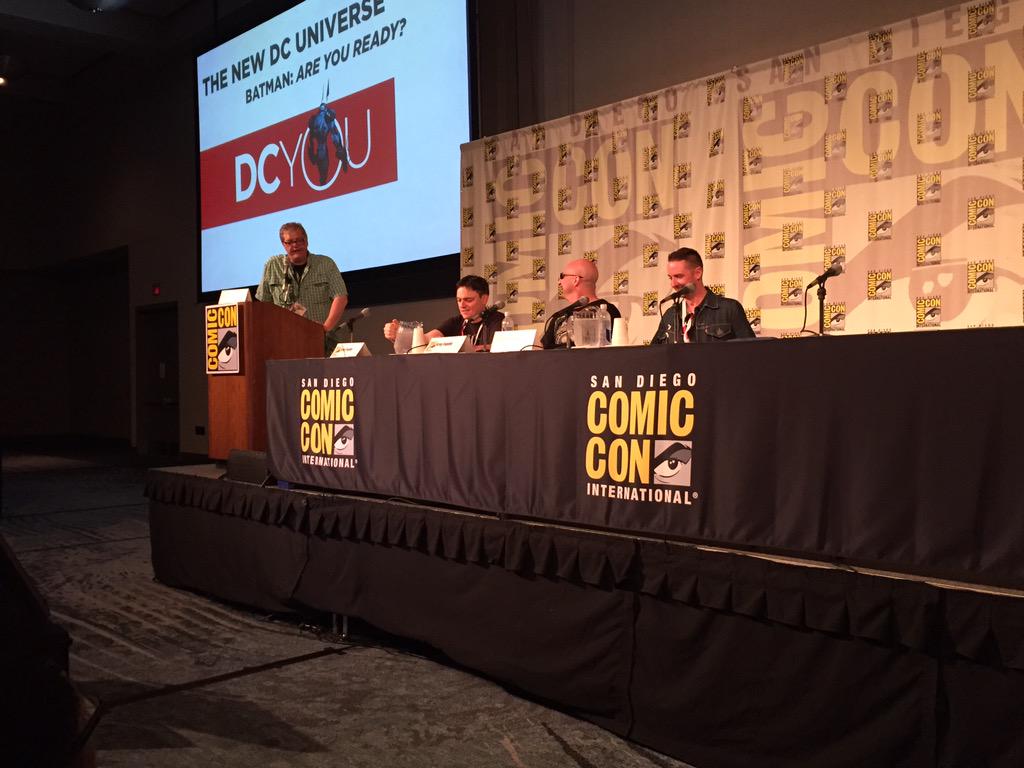 DC and Warner Bros had a packed day at San Diego Comic Con with panels on upcoming films and Grant Morrison’s Multiversity overlapping with the New DC Universe: Batman: Are You Ready? panel which featured Scott Snyder and Greg Capullo (the creative team behind the ongoing Batman title) and Mark Doyle (the Batman group editor).  While there were no big announcements and no discussion of the upcoming Batman and Robin Eternal or Robin War projects announced yesterday, there were a few noteworthy tidbits that came up during the panel that are listed below:

And that’s a wrap. Not any news regarding any of the other Bat-books, but the con isn’t over yet.