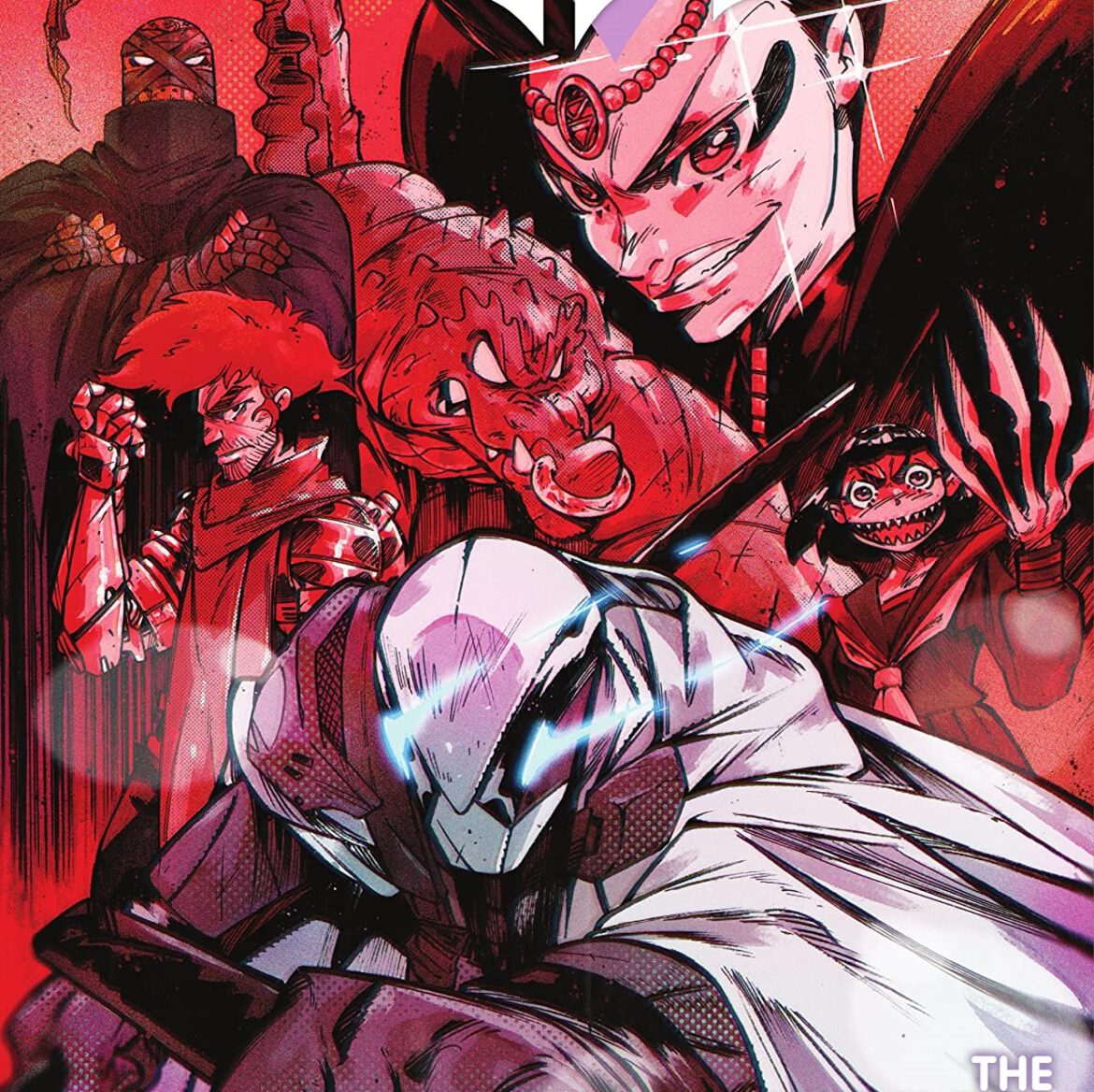 Overview: In Batman 2021 Annual #1, Ghost-Maker boasts about how he defeated Madame Midas while teaming up with Batman to take down Firefly.

Synopsis (spoilers ahead): Batman 2021 Annual #1 begins years ago, at Khan Export Company Singapore, a young Minkhoa Khan, otherwise known as Ghost-Maker, listens in another room as his parents argue about his bad behavior at school. While they argue, some “business associates” with guns show up. One of them taunts young Minkhoa.

In the present, Batman and Ghost-Maker team up in Gotham City to take down Firefly. As they work to save civilians and stop Firefly, Ghost-Maker asks Batman what his favorite feat is. When Batman replies that it’s not about the feats but rather it’s the cases that really mattered that linger with him, Ghost-Maker tells Batman that his answer is boring. Before Ghost-Maker can prattle on too long, Batman interrupts his friend, noting that he sees behind the mask and that there’s more to it than just the glory that Ghost-Maker seeks. Ghost-Maker then tells his story of how he toppled Madame Midas and his other rogues on Devil Skull Island, which started as a backup story beginning in Batman #107 and continuing through Batman #111.

After having fought Midas’ army of automatons and escaping rubble brought down upon him, Ghost-Maker advances in her lair. He defeats Kid Kawaii and Razorline next. Afterward, Ghost-Maker has his rematch with Brainstorm, bringing Midas’ tower down upon the villain. At last, reaching the top of the base, Ghost-Maker battles the Instigator and finally confronts Madame Midas.

Before Ghost-Maker and Midas battle, he tells her that he passed along evidence of her massive trafficking organization to authorities in over twenty countries, which should effectively end her global empire. While he’s been fighting her army, distracting her from the authorities, her empire has been dismantled elsewhere. Midas and Ghost-Maker fight, and before Minkhoa finishes his tale of how he bested her, he pauses. He tells Batman he doesn’t need a lecture from Batman to ruin his story.

Back in the present, the two have stopped Firefly. Batman tells Ghost-Maker that he thinks Ghost-Maker is lying, noting that Minkhoa has spent years trying to take down a single crime lord. It’s obviously personal to Batman.

In the past, the goons that arrived at Khan Export Company Singapore brutalized Minkhoa’s parents until they agree to sell their company to Midas. Minkhoa disappears that very day and begins training to become the hero he ultimately will be. We jump to Devil Skull Island, and Ghost-Maker tells Madame Midas that she is insignificant and will never change the world, just as she told him when he was a child.

In the present, Batman pushes his theory, but Ghost-Maker brushes Batman off, changing the topic to racing. He wants to race his Ghost-Racer against the Batmobile.

Analysis: Readers have long known that this annual issue was going to feature the conclusion to Ghost-Maker’s backup series. In the last issue to feature Ghost-Maker’s backup, there was an editor’s note telling readers this. It’s no surprise that the bulk of Batman 2021 Annual #1 features Ghost-Maker prominently. What is surprising, however, is how this story is framed. This whole time, this Devil Skull Island narrative has been a tale that Ghost-Maker has told Batman while the two battle Firefly.

In previous Batman reviews, I’ve not been kind to the Ghost-Maker backup features. In this annual, however, there is room for the story to breathe and find its roots, and it does so both as an origin of Ghost-Maker, who we now know is named Minkhoa Khan, and as a tale that illuminates Batman’s relationship with Khoa (as Batman calls him).

When readers were first introduced to Ghost-Maker, the vigilante was framed as an old training rival of Batman’s who later turned into a foe (and then a friend again). Readers knew there was a long friendship between the two, but with this annual, there’s a deeper layer to the relationship. Ghost-Maker has long boasted of his achievements and loves to profess that he’s a vigilante for the sheer artistry of it. In this annual, it’s revealed that Batman is able to see something buried within Khoa, and assumedly, Batman has been careful to let Khoa have his boasting while quietly knowing that there’s something deeper and more meaningful at work. It changes the dynamic between the two, as Ghost-Maker likes to advertise himself as better than Batman in almost every way. With Batman hinting that he knows more of Khoa than Khoa lets on, the power and weight of the relationship are really in Batman’s hands (as it should be, he’s Batman).

For those who enjoyed the anime action style of the Ghost-Maker backup series, this issue continues with that trend in a bombastic and explosive finale, and it’s one that sees a handful of Ghost-Maker’s rogues get their comeuppance. Artist Ricardo Lopez Ortiz delivers some exciting action pieces, particularly in the battles with Brainstorm and Madame Midas. Each battle feels kinetic and more about showcasing the flow and flurry of Ghost-Maker’s movements. While there are multiple villains in here with their own, unique power sets, the paneling for the fights feels similar in each battle, with Ortiz showing a penchant for three or four panels or less, opting for wide images over a flurry of smaller grids.

It’s a beautiful issue, and it’s fun. Ultimately, this is the Ghost-Maker story we should have gotten all along.

Batman 2021 Annual #1 is the finale to those Ghost-Maker backup stories found in Batman #107-111, and it’s the origin story we should have gotten all along.