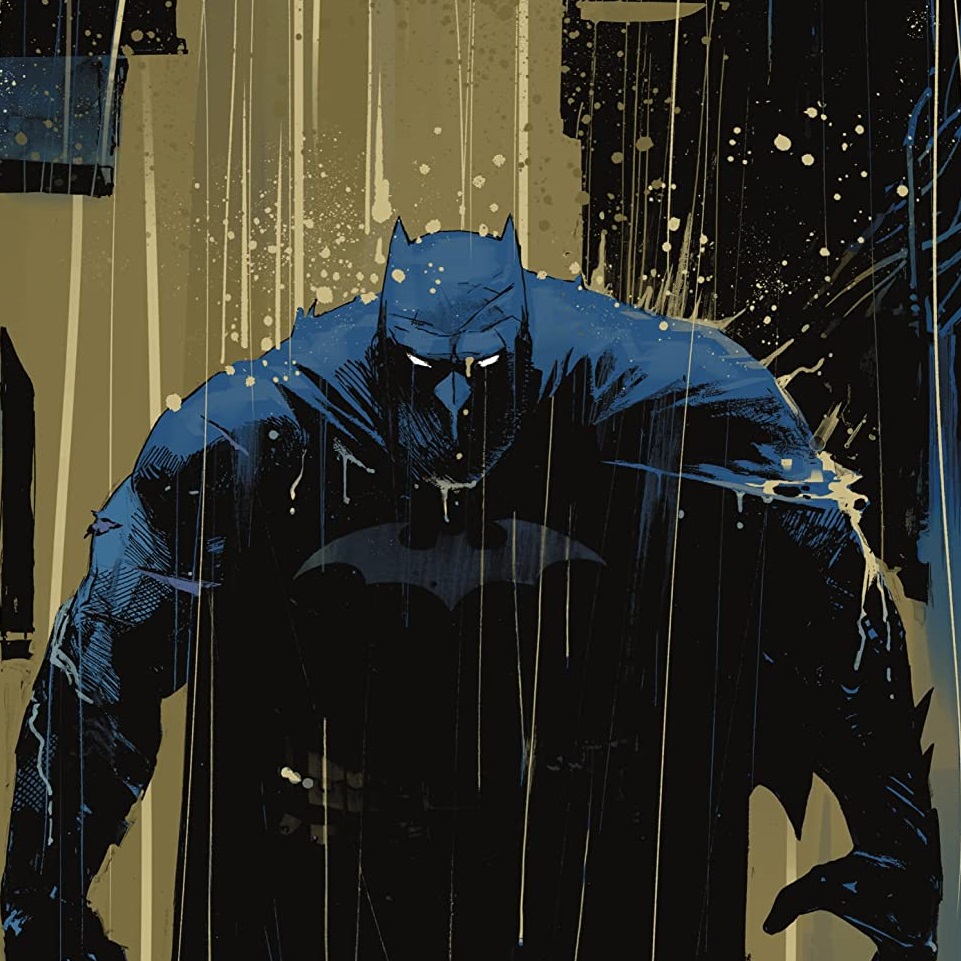 Overview: In I Am Batman #4, Fear State may be over, but in its aftermath, Jace Fox learns that Simon Saint’s Magistrate program was just the first of many working parts of the Hidden Agenda.

Synopsis (spoilers ahead): Following Seer’s lead from the last issue, I Am Batman #4 sees Jace Fox as the Next Batman finding himself in an abandoned workshop in Gotham’s Garment District, where he encounters Seer as a mannequin with a burner phone attached to its head. She reveals that Tyler Arkadine’s death wasn’t a suicide, but a murder. He was the connection between everything that led to the Fear State.

Before Seer can elaborate, they are interrupted by a sudden explosion at the hands of a surviving sect of the now-defunct Peacekeepers who had been tracking Batman. Peacekeeper-18 cuts off the meeting by shooting Seer’s phone, and then a fight ensues between the Peacekeepers and Batman, in which Batman quickly shows his superiority, and soon the revenge squad is down.

At the Fox family estate, Lucius berates Tanya for letting Batman walk away from the attack on the juvenile detention facility of the previous issue. She explains that Batman saved people in front of her eyes, and she couldn’t find it in herself to proceed with a hardened heart to shoot him. Lucius belittles her by saying that she, like Jace, is unable to stand behind her convictions. Tanya notes that Lucius hasn’t been the same since the Joker War and that maybe it’s time for their family to get the help they desperately need to get back on their feet again.

The Next Batman arrives at the home of Tyler Arkadine’s murderer; the corrections officer who had been looking over him, yet another member of the Hidden Agenda that Seer had spoken of. After a confession and the knowledge that Batman’s deduction had compromised the Hidden Agenda by his involvement, the officer shoots himself, ensuring through his death that Batman would learn nothing about the Agenda’s plans through his tongue.

In her office at the GCPD, Commissioner Renee Montoya disciplines Detective Chubb for failing to bring in Batman at the attack on the juvenile detention facility. Her discipline is a temporary transfer to New York. She visits her partner, Detective Whitaker, in the hospital and says goodbye to him and, at least for a time, Gotham City.

After the confirmation that the prisons in Gotham are compromised to the Hidden Agenda, Jace learns that Simon Saint has already been bailed out. With little time left before Saint meets the same end that Tyler Arkadine did, Batman races towards his signal.

Simon Saint finds himself meeting up with his benefactor, Victor Noonan, on a high level of a construction site. Simon knows what value his life holds for the Hidden Agenda and has no trust in being allowed to simply walk away. He learns that he was brought here to lure the Batman out from hiding and, as Tamara Fox awakens from a coma in her hospital room, Simon Saint loses his life on a cold concrete floor.

Jace arrives mere minutes too late, with Saint’s freshly-deceased body still losing blood. Vol detects no trace of another person nearby, but the signal gets jammed just before Batman is attacked from behind.

I Am Batman #4 comes to an end at a government research and development center, as Lucius Fox meets with Victor Noonan to witness a demonstration of the latter’s TALOS project. Foxtech has been instrumental in supplying the project with much of its software, and Noonan wishes to further cement their relationship. He shows them what they’ve been working on; a far more advanced version of the Magistrate program developed not just for the ‘protection’ of Gotham City, but for the entire country. Its first efforts have just paid off with the capture of the Batman!

Analysis: Fear State has concluded, and most of the Batman Universe titles are in aftermath mode, or turning away from the event and onto new destinations, allowing the fandom time for a collective deep breath. Nightwing will return to Bludhaven. Barbara Gordon, Stephanie Brown, and Cassandra Cain look forward to cementing their relationships as the Batgirls. Harley Quinn and the renewed Poison Ivy get to explore the joys of being together. Bruce Wayne will leave Gotham for a time. Things are looking up for our heroes in Gotham City. It’s a time for rejuvenation and moving on.

Timothy ‘Jace’ Fox lives in a Gotham still very much reeling from the machinations of Saint Industries’ Magistrate Program, and he alone has been on the trail of the true link of all that has brought his city and family to the brink of disaster; Tyler Arkadine, whose death has not brought about any peace, and has not in the slightest served as any speed bump for the Hidden Agenda, which is happily picking off its loose ends as it steamrolls ahead in its venture.

Is Seer friend or foe? She pops up in Batgirls as a big bad, doing what she can to usurp the Oracle and just wreaking havoc on Barbara Gordon and her loved ones. She led Jace to the abandoned warehouse only to set up a dummy meeting where her only presence is through a cell phone, which alerted the Peacekeepers to their whereabouts. The line of communication wasn’t severed, however, as the link in Batman’s cowl was still connected, through which she ‘advised’ him after he took down the revenge squad. This places her as independent of the Hidden Agenda, which may prove her to be somewhat of an ally to Jace.

Lucius Fox has adopted a hardened perspective on masks since his torture at the hands of Punchline. He now sees the criminal as well as the vigilante elements as one and the same detriment to Gotham City, its citizens, and, more importantly, to his own family. He has tasked himself with being the benefactor to the community that he felt Bruce Wayne never truly was: someone who spends his energies and resources by being face-forward, open, and transparent as a leader and figurehead of Gotham City, instead of acting in the shadows through violence and fear. However, as he rebukes his own family for what he considers their lack of conviction as seen in I Am Batman #4, he himself is on the road towards the same naivete that Gotham Mayor Nakano walked when allying himself with Simon Saint. In trying to set himself up as the true and just face of heroism that Gotham needs, his resources and waning senses of empathy and justice may lead the country down a far more miserable path than the Fear State; a police state. And with the death of Simon Saint, who at least had a genuine concern for his Peacekeepers’ safety, Victor Noonan has shown no similar trait, putting more of a ‘mission first’ face on his project TALOS.

This issue was dense with plot content while still providing the action and suspense we expect from our ground-level ‘superhero’ comics. The artwork is as dark and moody in the story’s grittier parts as it was light and smooth in its more tender scenes. The tale sweeps you along from being an aftermath episode of Fear State and into the foreshadowing of a deeper, more broadly-encompassing narrative plot.