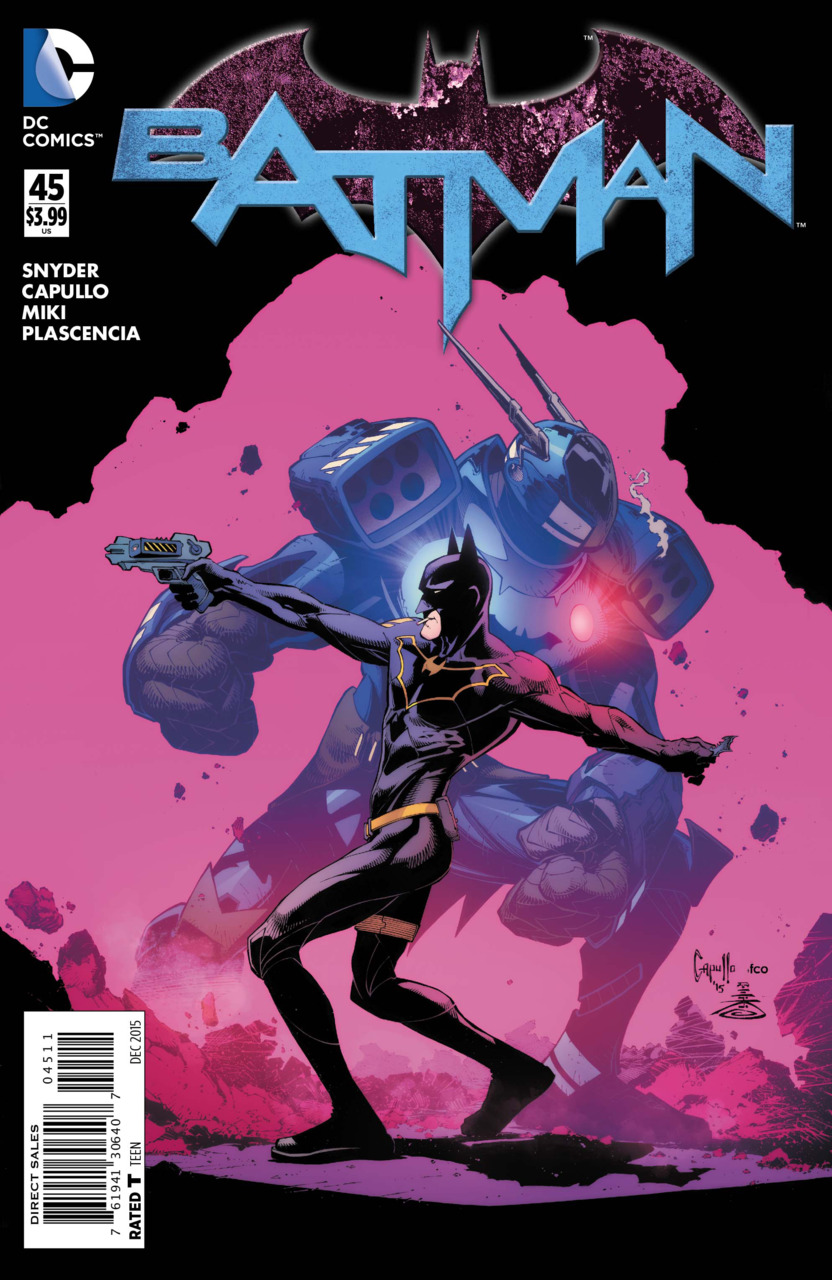 If you ask me, this issue of Superheavy was super-awesome. I know we are kinda in the middle of the story arc, but everything just seemed to come together in a beautiful way. Snyder really shows us that Gordon is beginning to struggle, and having an official Batman may not be the best thing for Gotham… AND we stop get to check up on Bruce for a bit, but we’ll save that for later. Capullo is still destroying every page. Miki just enhances anything he touches with his versatility in textures (seriously, check out the texture on the Batsuit after it’s been roasted, and Bruce’s beard). FCO’s colors are freaking gorgeous, and he really shows his versatility with the magenta in the furnace scene, cyan in the Gordon/Powers scene, yellow in the Bruce scene, and black/greys of the finale. The dude made sure to cover all his bases in this issue. This issue didn’t have any problems, but it wasn’t perfect in my mind. I believe this issue was missing a hard hitting emotional moment, but it did set everything up to hit hard in the coming issues.

This issue picks up with Gordon being trapped in a furnace as the temperature continues to rise at alarming rates. He looks around for a way out until he realizes there isn’t one, and shorts a coil out instead to get out. He gets into another brawl with the gang, in probably the best brawl I’ve ever seen. He gets punched in the crotch, which I assume to be revenge from the guy who got bataranged in the crotch last issue. Gordon gets held down and stabbed multiple times and is about to die in a brutal scene, when the robo-suit crashes in (in emergency mode) and comes to rescue Gordon. The amazing brawl continues, when the suit picks up a shark in each hand, and smashes everyone in the face. He then picks up Gordon and bolts away.

We then catch up with Bruce and Julie, as the city is wondering what to do with the crazy leftover memorabilia… I mean, where did this T-Rex come from… and that giant Joker card and penny?.. Oh well. Bruce knows what to do with it. And that is make the coolest freaking playground ever conceived.

Once Gordon recovers, he meets up with Geri in her secret lair (which I’m assuming is on the bat-blimp). She shows him their science room, where they have created multiple new elements, one of them named Batmanium, and also fires him… She has to. With a public and commercially owned Batman, they have to play the political game, and the last incident was a mess. They need Jim to resign.

On the bat-blimp, two guards stand by near a door, when a needle-like projectile goes through each of their heads. They both slump to the floor, and we see Bloom in the shadows on the other side of the door.

Later that night, while Geri is making a speech to set Jim up for the resignation… Julia give Jim a pep talk to fight to stay Batman when he suddenly notices the bat-blimp approaching the building. He runs through the crowd to get to Geri, telling everyone to get down. He tackles Geri to the floor, saving her JUST as the blimp crashes through. A bunch of needle-like projectiles start killing people in the crowd. Mr. Bloom has arrived.