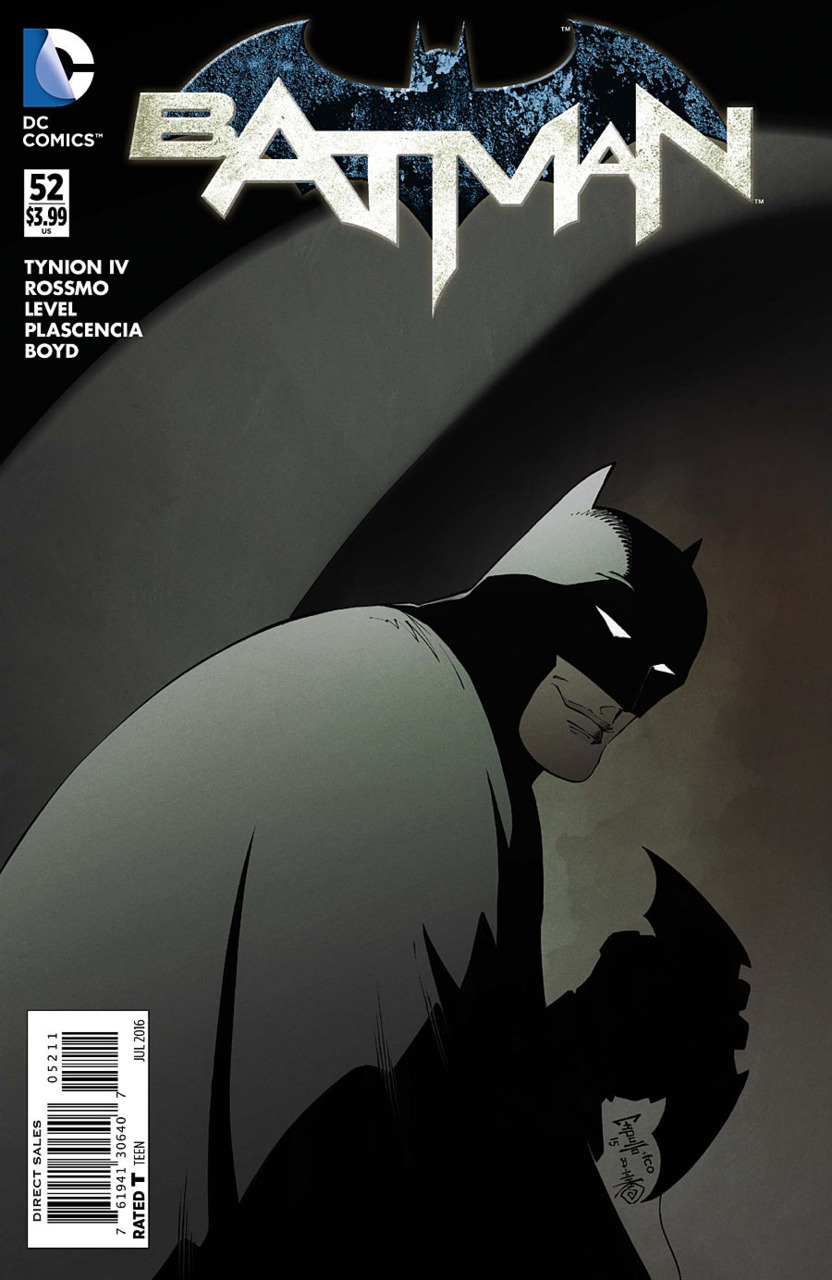 Breakdown: James Tynion IV writes one heck of a comic book. We all know that he has been Snyder’s pupil for a some time, now. And for a long time, DC was afraid to put Tynion’s name on a title without being paired with Snyder. Which is weird, because it’s a Bat-book, so odds are, it’s going to sell anyway. But with Tynion taking on Detective Comics, starting next month, this is a good testing ground to see what you are going to get from him if you’re still not sold on him. There are many things he does well; staying focused on what the point of the issue is, (and as a result) doing short stories, delivering an emotional turning point in the story. I do continue to see a glaring need that he needs to work on; his dialogue. It usually comes off pretty stiff, and almost as a caricature of what that person is. Seriously, just read his lines aloud, it sometimes comes across like a bad play.

Riley Rossmo and Brian Level do an excellent job here. I really do enjoy Rossmo’s art. I can’t ever decide how to describe his art… He can make things look so cute sometimes, and yet create a tone that is very unsettling at the same time. The issue credits Brian Level with assisting Rossmo on inks… I’m assuming he did the backgrounds or something. I’m not sure on that, but they blend together nicely and you can’t tell where the change of hands is. Ivan Plascencia and Jordan Boyd color this issue, and they do an amazing job of setting the mood. The way that the shading color effects the tone, and yet the other colors can still shine through make it look great… Now, I did some research, and there is no evidence that suggests that Ivan Plascencia and FCO Plascencia are the same person… But there is no evidence against such an accusation as well… If they are one and the same, they do a great job offering variety in tone with their colors, as “Ivan” seems to have a softer palate than “FCO”. Steve Wands never misses a beat with his pacing in lettering. He works great with Rossmo in placement, and with Tynion in never being too busy throughout the comic. There are moments of heavy dialogue, but most of the comic is pretty light in terms of letters on the page. Less = more.

Recommendation: Buy. This is such a fitting bookend to the series.

Synopsis: We open at Wayne Manor, right after the death of Thomas and Martha. Many reporters are waiting outside the gates, trying to get a picture of Bruce in mourning. Leslie Thompkins visits the manor, trying to check on Bruce to see how he’s doing. Alfred got a journal for him to make a list on “How To Move On”. So far, though, he hasn’t written in it much, and Alfred is concerned.

We then get a series of flashbacks of Bruce’s training while he was away, all the while tying back to the journal.

Back to modern times, Batman is on patrol, as we begin to see journal entries as they apply in the story: 1) Disappear, 7) Feel nothing, 21) Let go of everything, 33) Make them feel what I feel… ect.

A new, no-name villain with high tech gear that allows him to phase through solid objects is threatening a man at a bank. He gets a key to a safety deposit box, and phases through the wall, where Batman is waiting. Batman gets a good lick in, but the guy phases through him, and out the building.

In another flashback, a young Bruce approaches Alfred about writing in his journal. Not happy with his invading-of-privacy at all, Bruce tears out the page.

Back to the now, Batman gives chase, eventually beating the guy up enough to disable his phasing tech. In a last ditch effort, the guy opens the box, which happens to be from Bruce Wayne, only to find a stupid journal. Batman punches the guy out, and takes the journal back to the cave.

Alfred recognizes the journal, and Bruce explains that he promised himself that he wouldn’t open it until he accomplished everything on the list… Which he had done, except for the final entry. It’s the one Alfred had entered, #52. The one that Bruce tries to do every single night, and will never stop striving to do… “Remember that your parents will always be proud of you.”

Closing Thoughts: This issue was fantastic. It hits you right in the feels. It’s comic books like this, that make me love reading them. I also look forward to seeing what Tynion will do on Detective Comics next month.