Details for Batman ’66 at NYCC Plus New Trailer 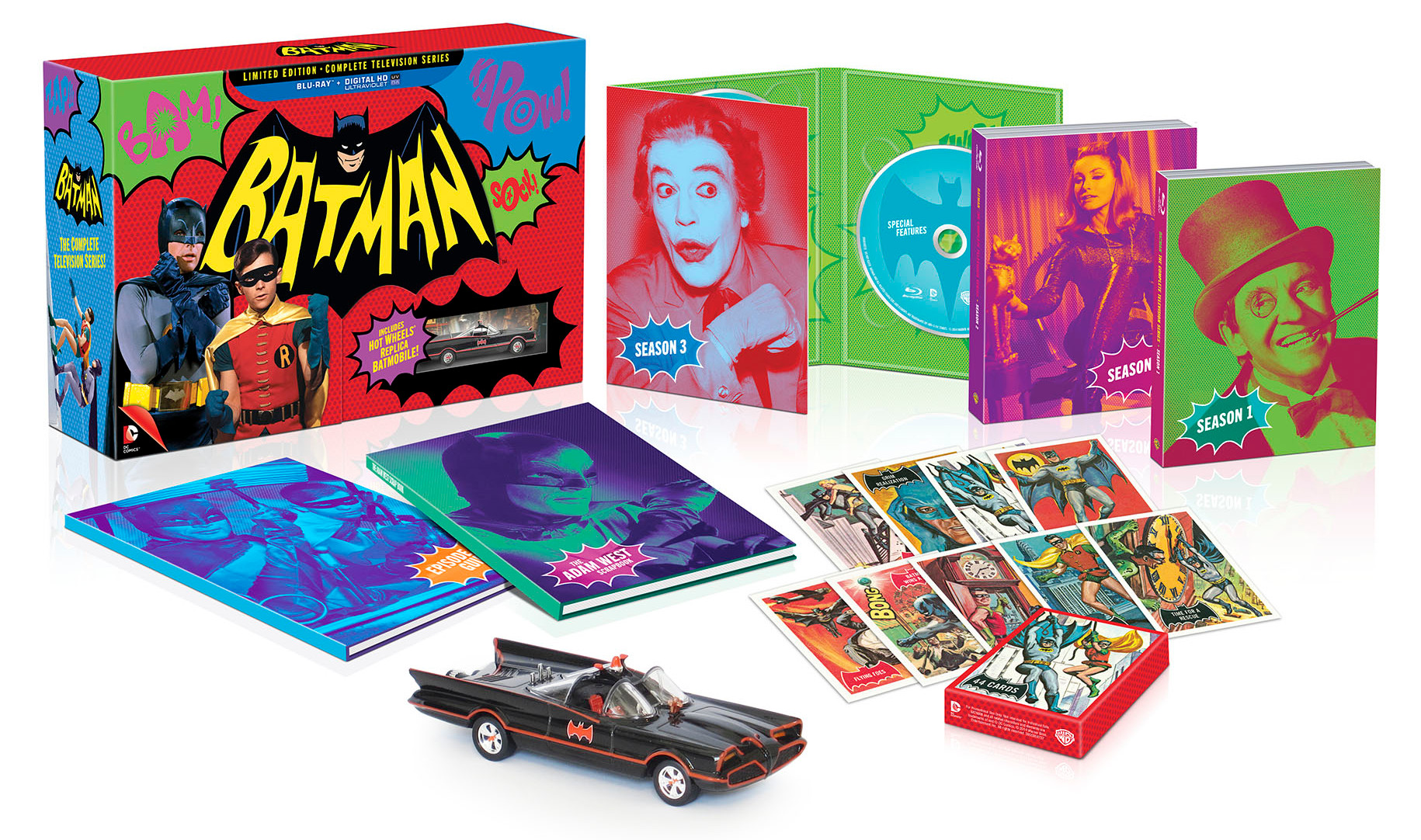 Fans will get all the details on the most anticipated home entertainment release in fanboy history when Warner Bros. Home Entertainment puts Adam West center-stage for a Bat-tastic look at “Batman: The Complete TV Series” during a special Thursday, October 9 panel at New York Comic Con.

Starting at 6:45pm on the Main Stage in the Jacob Javits Convention Center, fans in attendance – and those live-streaming the panel at home – will get an inside sneak peak at all the exclusive content in this long-awaited home entertainment release, as well as dazzling HD remastered footage from the landmark series.

“Batman: The Complete TV Series” will be released by Warner Bros. Home Entertainment as a Limited Edition Box Set, and on Blu-ray, DVD and Digital HD, starting November 11, 2014.