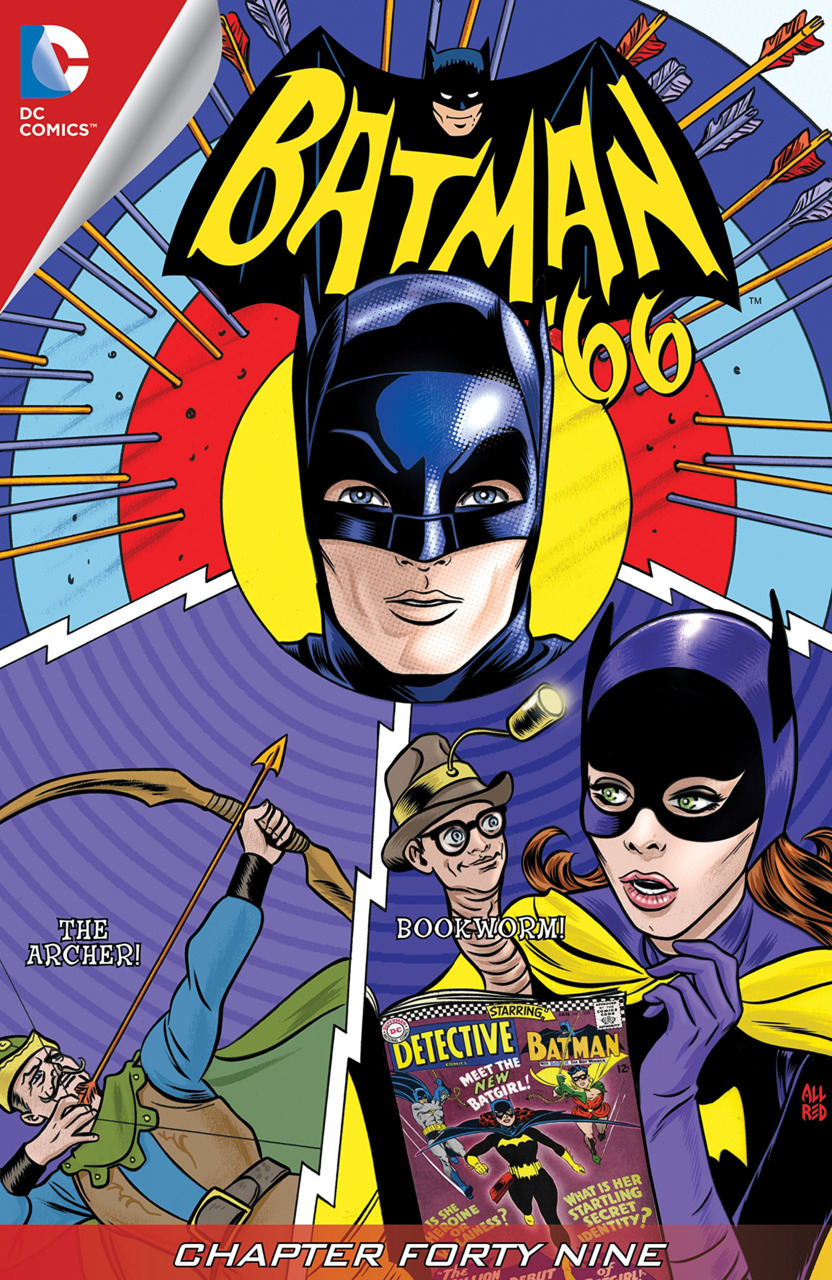 “Bats, Books, and Crazy Crooks” opens at Gotham Public library where the daughter of Police Commissioner James Gordon is hard at work. Just as the library is getting ready to close, the literature inclined Bookworm enters. He turns on the lamp attached to his head and the light dazzles the seated citizens into a stupor. Barbara confronts Bookworm and demands to know what he is after, he ends up producing a copy of “Wind in the Willows” and explains that as a child this was the first book he ever stole…the very thing that catapulted himself into a life of crime.

Bookworm explains that he wants to trade his “valuable” tome for a truly rare and terrible artifact in the library’s possession…the Celoveritas – a repository of occult knowledge written in 1743 by the twisted Turk Farsim Fazul. As Bookworm is distracted by the book, Barbara sneaks away and opens a hidden room and quickly changes into Batgirl!

Bookworm ends up picking the lock on the display case and begins reciting incantations from the tome…”bahm-pouw-krazh…nanahnahnah nahah nahnah B’aht M’nn” (sounds familiar J) Batgirl suddenly appears above them as Bookworm finished reciting, and suddenly his henchmen are turned into giant silverfish – bane of any book! Batgirl and the silverfish clash in battle…mainly the silverfish knock over book stacks as Batgirl leaps out of the way. Batgirl ends up defeating the giant monster by feeding them books to sate their appetite (don’t worry book lovers, Batgirl was only using distressed volumes set to be replaced). A quick batarang later and Bookworm is knocked unconscious and Batgirl reverses the spell and sends both the monsters and their maker into the tome. The chapter closes with the open tome displaying a trapped Bookworm with his monstrous silverfish.

This was a nice one off story. I liked that we got to see both Batgirl and the return of Bookworm. As always the writing is spot on for the 66 series, and the jokes are well done and made me laugh a few times throughout the book…special note to the incantations relating back to actors from the series including Adam West, Burt Ward and Yvonne Craig.

I also really liked the art in this book…it’s actually one of the better versions that I’ve seen and Batgirl really looks impressive and little more like the comic versions than the show.

Overall, Batman 66 delivers an excellent performance…a must read for any Bat-fan of the show or the comics in general.