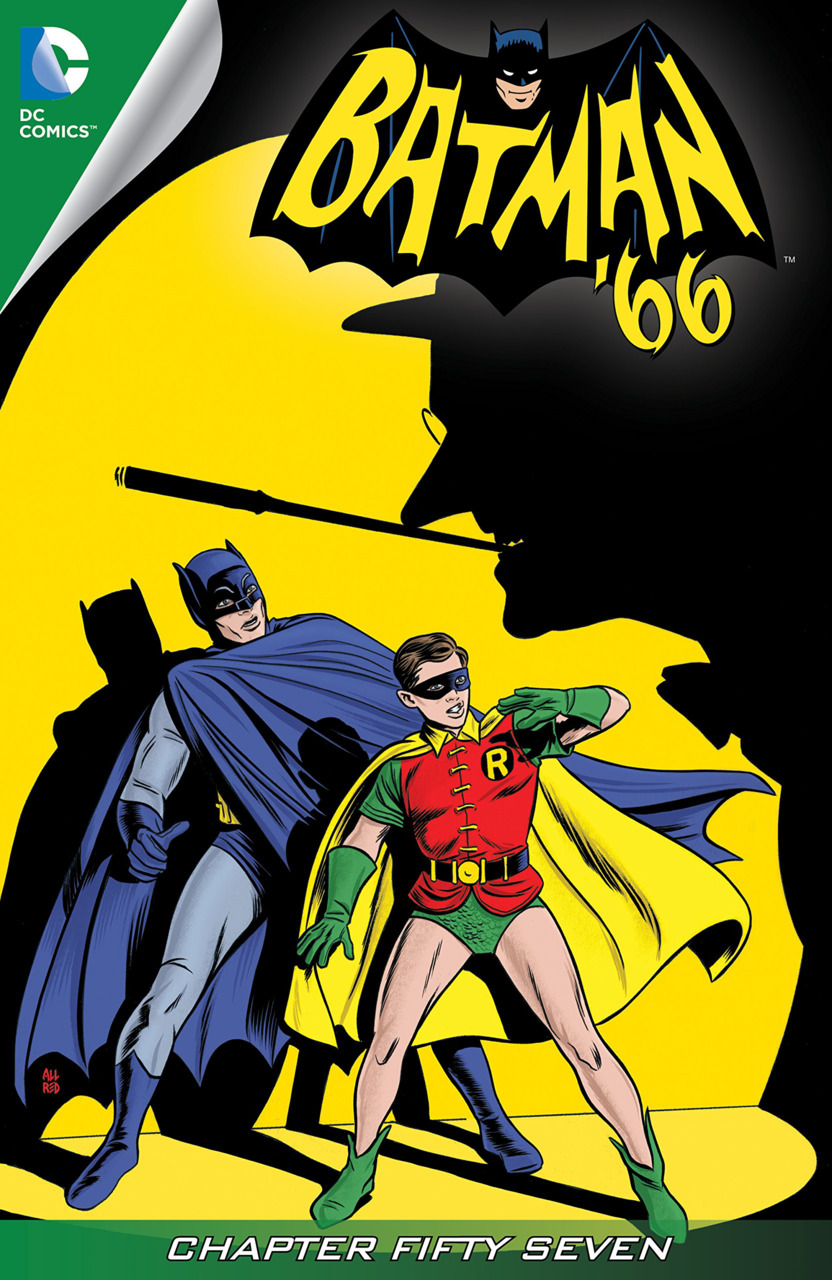 As we return to out captured Dynamic Duo, several of Penguin’s vampire bats descend on Batman and Robin. As one of his henchmen attempts to leave while the heroes are preoccupied, Penguin pulls back for want of seeing the two heroes defeated. As Robin uses a bat-laser to attempt to break free, Batman tells his young ward to keep the bats distracted while he works. Finally succeeding, Batman stands and uses a modified bat-radio to emit a sonic pulse to disrupt the echolocation of the flying bats. Realizing his plan has failed, Penguin and his men flee as Robin finally succeeds in cutting his way out of the box.

Sometime later, Batman and Robin return to Professor Carstairs and accuse him of leaking information to the Penguin…otherwise how could he have had a deathtrap prepared for them. Batman quickly knocks the professor out. Later, a disguised Batman greets the Penguin as Professor Carstairs. Penguin instructs Carstairs to flee as the Dynamic Duo had managed to escape their trap and may be coming after them. As he leaves, Penguin mentions that he will be concocting one final bat-themed crime to entice the Caped Crusader. After their departure, Robin comes out of hiding and questions why they didn’t capture Penguin when they had him…Batman reveals that they need him to reveal where he has stashed all of the loot he has plundered.

The following day, Aunt Harriet is shown watching over a baseball game with the orphans of Gotham Orphanage…however the Penguin quickly turns up to kidnap famous baseball player Battin’ Bill Maxwell. Back at Stately Wayne Manor, Bruce and Dick receive the call about the kidnapping and quickly slide down the bat-poles and rush off.

That night, Batman and Robin track their foe to the abandoned Gotham Umbrella Works Factory where they follow a tracer attached to Maxwell’s bat. As they arrive on the scene, the duo sets off a series of fireworks from the batmobile causing the villains to flee the warehouse in fear of the incendiaries igniting the explosives inside. With a swift double punch, the Penguin is quickly knocked out. As he is tied up, Batman and Robin reveal that their plan come from a technique known as bat-fowling when torches or straw were lit on fire in order to capture startled birds.

Another classic tale of “Batman ‘66” finds the dynamic duo seemingly trapped…but then escaping with a toy from Batman’s utility belt. I was half hoping that he would produce a can of bat-batrepellant.

Penguin was portrayed really well in this story and I liked that we made a point of wanting to stick around and see the duo fail in their escape attempt. I also think that the art perfectly captured the original show’s inspiration and had the characters looking like Adam West, Burt Ward and Burgess Meredith.

My only complaint comes from the capture at the end of the story, although I liked that we managed to tie in a bat reference into the fireworks display…I would have preferred a classic bat-fight that resulted in the Penguin’s capture. However it was still an entertaining story nonetheless.