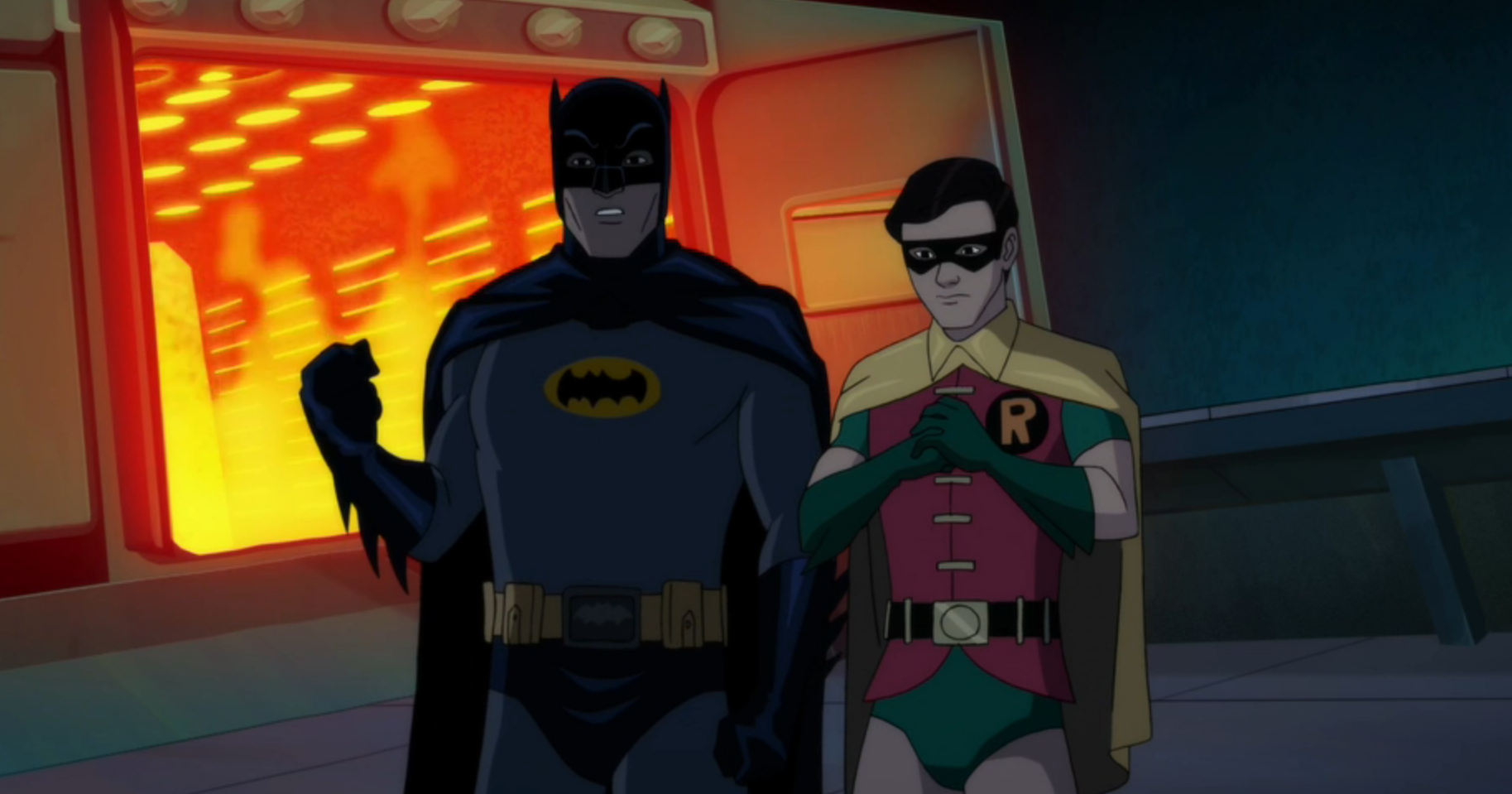 We had heard through the grapvine that something was happening with Adam West, Burt Ward and Julie Newmar and Warner Bros. We had even gone on to mention on the Comic Cast that it might have been the reason why the digital first Batman ’66 comic series’ have been spread out to still be releasing after the initial announcement that Batman ’66 merchandise would be releasing back in 2014 and the main Batman ’66 series was cancelled last year.

As it turns out all three will star in a new animated film that will release this October. The Film, titled Batman: Return of the Caped Crusaders will star West, Ward and Newmar in their respective roles. Entertainment Weekly released a short trailer and the announcement of when the film would release. Very few details have been released as of now, but the film will release digitally October 11 and on Blu-ray combo pack on November 1.

We expect that the film will have a presence at this year’s New York Comic Con since there are no other DC films set to release for the rest of 2016. Are you looking forward to West and Ward returning to Batman and Robin? Sound off below!