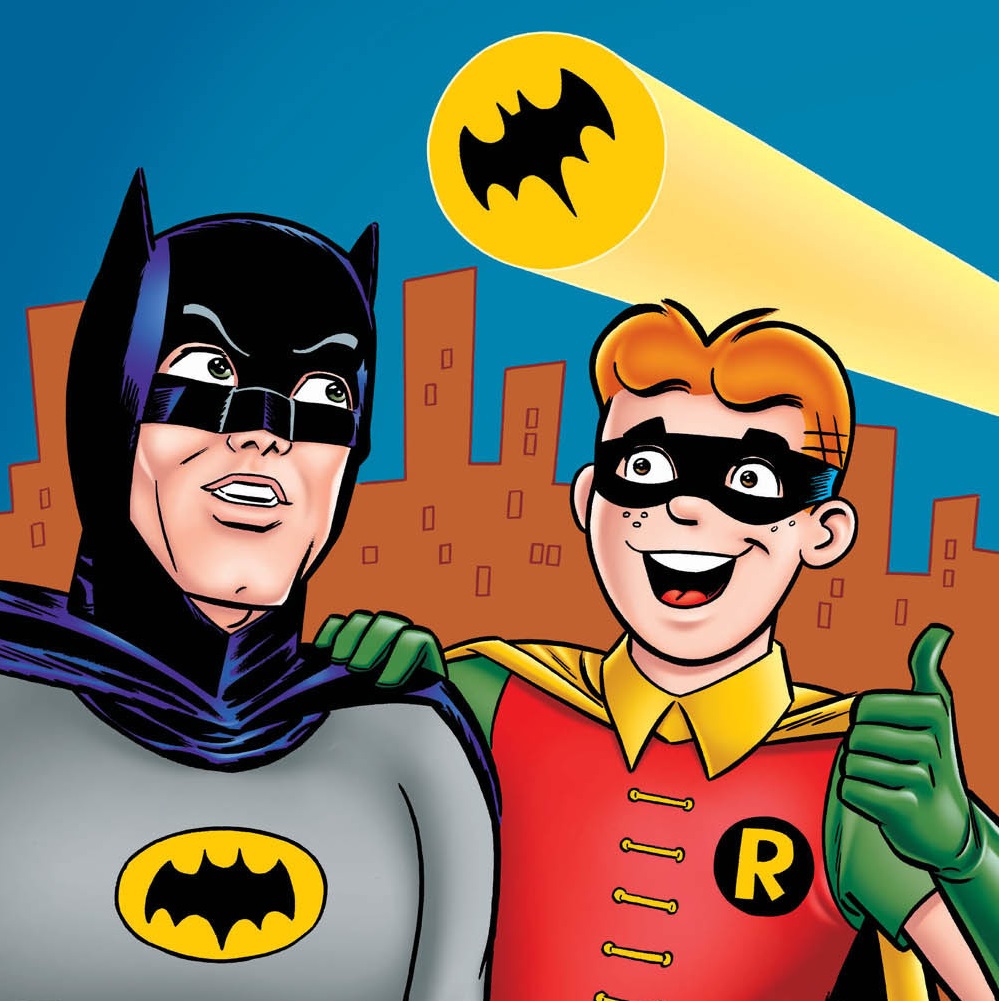 Betty and Veronica have already met Harley Quinn and Poison Ivy and now it looks like Archie is going to join in on the fun when he meets the 60’s TV Batman in Archie Meets Batman ’66, a new series coming this July from Archie Comics. Written by Jeff Parker and Michael Moreci with art by Archie comics mainstay Dan Parent, the series will see Archie teaming up with the campy Caped Crusader and Boy Wonder and the rest of the Riverdale gang are getting in on the fun. In an interview with SyFy Wire, Parker said

Look, we all want to know what Jughead and The Joker make of each other, and we want to see the romance dynamics of Riverdale High thrown completely out of gear by bringing in Dick Grayson and Barbara Gordon. And will Pop Tate get ahead of this and start selling Bat Burgers? It’s very cool to work with a heavy hitting team of top talent. Michael and I synched up immediately with plotting, and Dan and J. Bone are the exact right cartoonists to make a mash-up like this really work. We are all wearing matching R letterman jackets while working on this, by the way.

Archie is currently seeing a resurgence of popularity thanks to the CW show, Riverdale, so it’s a perfect time for his comic book incarnation to start crossing over with other popular heroes. We’d be remiss to pass up mentioning that Archie has seen many other crossovers in his nearly 80 years of existence including a Predator crossover as well as one with Marvel Comics anti-hero The Punisher. The 66′ version of Batman meanwhile has teamed up with the 70’s TV incarnation of Wonder Woman as well as the Green Hornet among others, so it seems only fitting that the two crossover happy properties come together.

There will be a number of variant covers celebrating the series featuring art by Derek Charm, Francesco Francavilla, Sandy Jarrell, Dan Parent, and Ty Templeton, which will also be available for the crossover which is set to hit comic shops on July 18.

What other crossovers would you like to see Batman ’66 involved in? Sound off in the comments below along with your opinion of Riverdale: Best show ever or greatest show ever? I might be a bit biased.