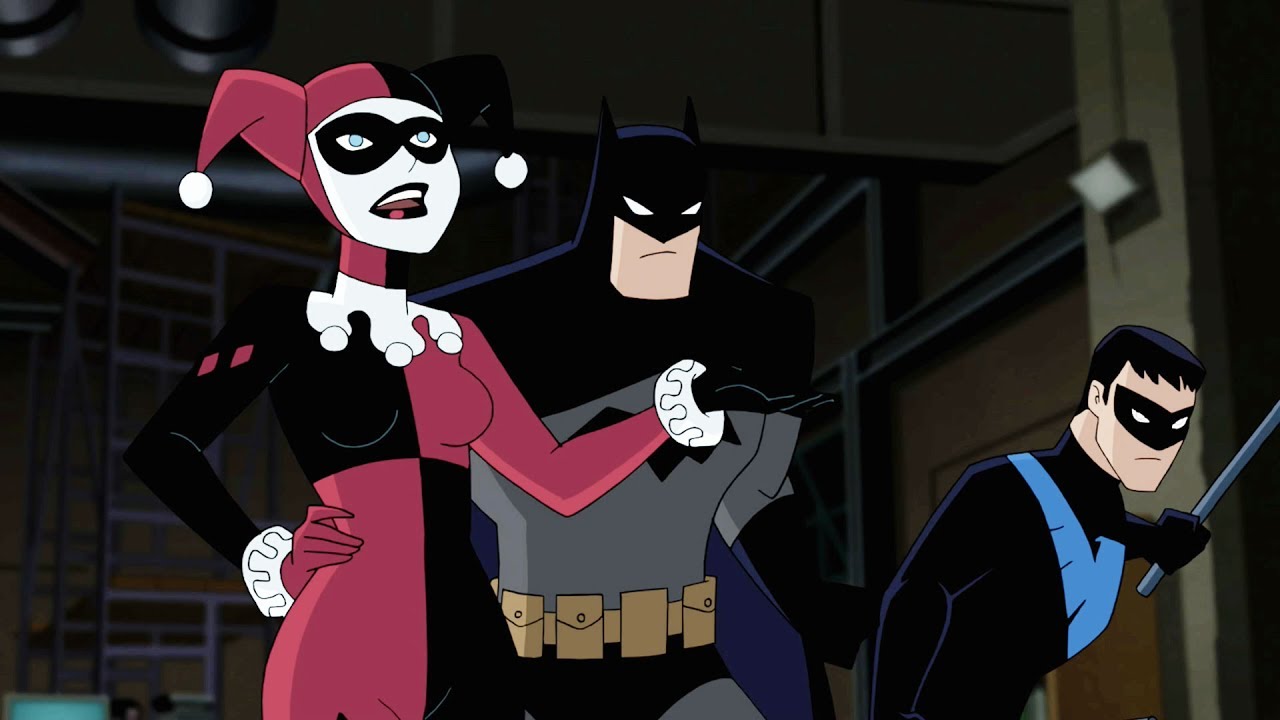 Batman and Harley Quinn is the twenty-ninth entry in the DC direct-to-video series of animated movies, and is slated for theatrical and digital release on August 14 and August 15 respectively, and video release on August 29. It premiered on Friday July 21 2017 at San Diego Comic-Con International. Shortly before the premiere, The Batman Universe participated in the press event for the film, interviewing much of the movie’s cast and crew. Those present for the event included voice actors Kevin Conroy, Loren Lester, Paget Brewster and Kevin Michael Richardson, along with writers Bruce Timm and Jim Krieg to discuss the making of the film.

The main element of our discussion with the cast and crew centered around the film’s comedic tone, with the writers outright labeling it a comedy. Bruce Timm discussed how in the wake of such serious films like The Killing Joke and Justice League: Dark, the crew was happy to try something new. It was also around the early production of the film that Harley Quinn had been heavily promoted for the then-impending Warner Bros. movie Suicide Squad, and the people at Warner Bros. Animation were looking to profit off of her large popularity.

Speaking particularly of the art design, Bruce Timm explained that when first making the DTV DC films the goal was to market them as PG-13 films with an adherence to the comic book stories they were adapting. With the number of the films now hitting thirty, they felt it was good time to return to the classic Batman: The Animated Series style, and should the film do well in sales, it could potentially start a trend of more movies of that specific era.

Jim Krieg explained that the core element of the film which makes it stand out is taking the familiar setting of Batman: The Animated Series and compounding it with jokes and humor, presenting Batman in a situation most audiences have not before seen him in. When asked if he added any influence from his current work on Justice League Action!, Krieg was quick to state that he came into the film with it already having been made humorous by Bruce Timm’s initial script. He added that some of the more slapstick scenes would appeal to younger audiences, but that there were also adult situations that wouldn’t be suitable when viewed by kids under thirteen.

When speaking on how he approached Batman in this new comedic adventure, Kevin Conroy explained that much of the humor derived from Batman’s stoicism in the face of absurdity. He said that Batman must always be constant in a world where vibrant and dynamic characters (listing the Joker, Riddler and the Catwoman) bounce off him, and that as a performer he always goes back to the root of the character, which comes from a very dark place. Dropping some nerd knowledge on Batman’s beginnings, Conroy told of how Bob Kane and Bill Finger first conceived Batman in Poe Park in the Bronx, New York (a fact this reporter was unaware of!).

Paget Brewster, the voice of Poison Ivy for the film, spoke about how in approaching the role the producers asked her to be “not that different from [her] natural speaking voice” but to be “sexier and meaner.” She also expressed great relish in voicing villain characters, and hoped to be called to do so again, admitting she was unfamiliar with many DC’s Femme Fatales, at which point we threw out several names including Granny Goodness and the Female Furies.

Kevin Michael Richardson, the voice of the Floronic Man, spoke about how, although a comic book fan himself, he had never heard of the character. When showed a picture of his design in the film, Richardson (whose career includes playing rough characters such as the Mutant Leader from the Dark Knight Returns segment of the TNBA episode “Legends of the Dark Knight”) resolved to use a voice closer to his natural register, “and just beefed him up a little bit.” He spoke on how his performances varied wildly from the Mutant Leader and the Joker from The Batman, to more reserved and human characters like Robert Hawkins from Static Shock and Martin Luther King Jr. from The Boondocks, admitting that he preferred the wilder characters that required wilder performances.

Finally, Loren Lester – the voice of Dick Grayson/Nightwing – discussed returning to the role after so many years, talked about how he had been asked by fans, acknowledging that actor decisions come down to the producers. He gave credit to his chemistry with Kevin Conroy for how people see his voice for Dick Grayson as the iconic version, and how people see their performances as Batman and Robin/Nightwing as the iconic versions for a generation.

Watching the film, I can say that it is easily the breeziest thing anything related to Batman: The Animated Series has done in terms of comedic tone since the episode “Harlequinade”, which Bruce Timm brought up in our interview. It’s a mix between BTAS and Teen Titans Go!, as there are things that occur which are very clearly for humorous affect which slam against some classic portrayals of the characters. Nevertheless it’s an entertaining romp that’s worth a fan’s time, especially if they’re yearning for something different than the last glut of grim-faced DC DTV efforts.

You can pre-order your copy of the film by heading over to Amazon now.