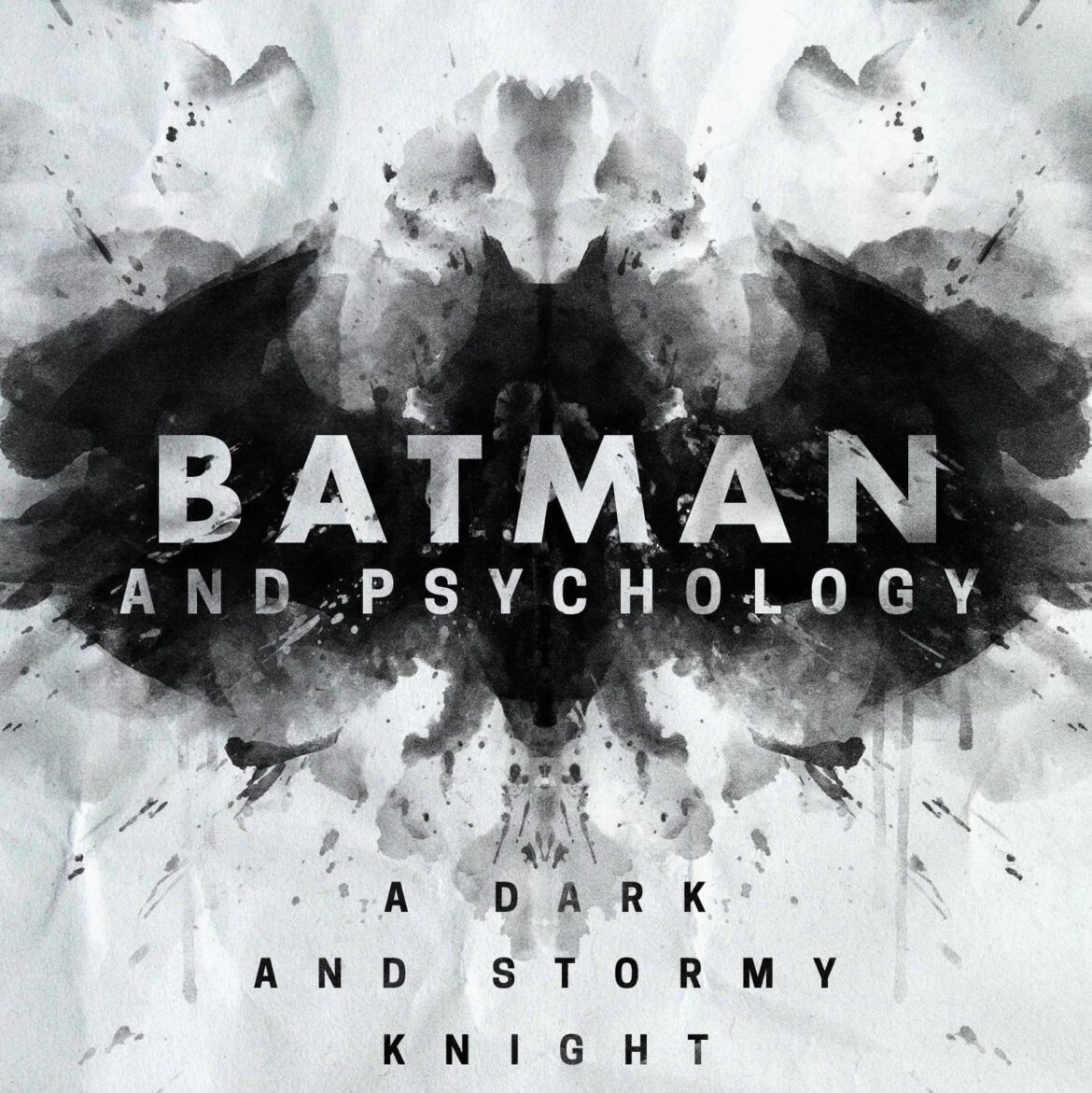 Overview: Perhaps no other comic book character other than Batman can be looked at through the lens of real-world psychology more than Batman. In Batman and Psychology: A Dark and Stormy Knight, Dr. Travis Langley looks at the caped crusader and his cast of characters and tries to figure out what makes them tick. He also seeks to answer the question: Is Batman crazy?

Summary: This is the second edition of Batman and Psychology: A Dark and Stormy Knight, which features Langley’s thank you to Bob Kane, Bill Finger, and Jerry Robinson, who played a key role in creating the dark, serious Batman that we know today, along with a tribute to Denny O’Neil. O’Neil wrote in his introduction that Batman is a character that reflects the values of the time period that he is in. He can be silly and camp or he can be dark and gritty. Langley wonders why Batman is such a beloved character and comments that one of the reasons is because Batman has no powers but can command the respect and attention of the Justice League and not be intimidated by it at all.

It is important to think about which version Batman is the one that is being analyzed, and Langley states that it is every version, from comics to movies and TV, but when in doubt assume it’s the modern comics version such as post Crisis and forward.

In breaking down the movies, the author broke down the themes of The Dark Knight Trilogy. Batman Begins is about fear. It’s about Bruce’s fear of bats and then becoming a bat to share that fear. The Dark Knight is about inspiration. Batman inspires the citizens of Gotham City to be better than the Joker. Langley wrote an interesting piece about The Dark Knight Rises which I had never considered. That Batman doesn’t fully become the symbol Bruce spoke about in Begins until the man leaves and only the legend remains. Once Bruce saves the city and goes off to Italy does Batman truly become a symbol for Gotham.

There are deep dives into the trauma that drives Bruce Wayne to become Batman. Instead of letting that anger consume him and become bitter and hateful towards the world, Bruce “dominates anger.” Bruce wears the mask to be freer and he carries on three versions of himself – Public Bruce, Batman, and Batcave Bruce. Langley says that Batcave Bruce, him in the cave with the mask off, is where he is perhaps most free as a person.

The question of why Batman doesn’t use a gun is always brought up in fandom every day. The book says that perhaps he doesn’t use one because when he sees a gun he is brought back to that trauma and grief he first felt when his parents were killed.

It was interesting to see psychological profiles on the rogues’ gallery. They are sprinkled throughout the book as “Case Files,” like something we would find on the Batcomputer. Bane’s profile spoke of his “need for achievement,” meaning that Bane is always looking for the next man to conquer, the next man to defeat. Joker’s case file broke him down into five versions. The sane killer, the wacky crook, the insane killer, the personal killer, and the overall agent of chaos. Joker’s case file is perhaps the most interesting.

The book said that Dick Grayson is Bruce’s hopes fulfilled and that Dick, along with Tim Drake, shows that even though they all come from tragedy, they can live a healthy life as an adult. Batman has a Robin to show that even though he will never settle down and have a normal family, Robin fills that need to be a parent.

I thought the chapter on the women in Batman’s life to be particularly interesting. It is suggested that Batman falls in love with versions of himself, that Bruce tends to fall for the girls that find themselves in danger such as Catwoman and Talia. Vicki Vale and Silver St. Cloud are smart like him and try to do good in the world. Langley also says he believes that Catwoman is Batman’s true love. In Catwoman’s case file, it is suggested that Batman is the true inspiration for Catwoman. Depending on the story, when Selina Kyle first sees Batman in action, something is awoken in her, and she is inspired to put on a cat costume.

In a new chapter titled “The Signal,” Langley discusses how Batman is an inspiration to people in the real world. A boy with cancer says how Batman would fight it and so will he. Paul Dini’s story Dark Night: A True Batman Story is referenced. Other stories about how this fictional hero has provided hope and joy for so many people in the world are also documented.

Finally the big question- is Batman crazy? Is The Dark Knight just as crazy as all the villains he faces on a nightly basis? The short is no. Travis Langley states that he is not more obsessed with his job as protector of Gotham than a great pro athlete is at theirs. When asked if Batman is crazy by legend Adam West, Langley simply says “Not for the world in which he lives.”

Analysis: This book is a great read. I read the first edition and was lucky enough to now read the second edition. It is fun to see Batman, Robin, Joker, Catwoman, and everyone else that we read about in comics looked at through the lens of real-world psychology. I believe that the reason that comic book movies and comic book properties have become as popular as they have become is that people are taking them more seriously as Travis Langley has here. These characters and stories are not just for kids anymore. Yes, they are meant to have fun with, but we as fans can take them in a serious manner. Batman is as popular as he is because he can be portrayed in so many ways. Frank Miller was quoted in the book that Batman is the “only character that storytellers can literally do anything with, make so dark or so silly, and yet he’s still Batman.”

There are so many more nuggets from the case files among other things that I could have provided here, but this is a book that any Batman fan should check out.

Editor’s Note: Turner Publishing provided TBU with a copy of Batman and Psychology: A Dark and Stormy Knight (2nd Edition) for review purposes. You can find this book and help support TBU in the process by purchasing this book digitally on Amazon or a physical copy of the title on Amazon.

Batman and Psychology: A Dark and Stormy Knight (2nd edition)

Batman and Psychology: A Dark and Stormy Knight is an essential read for any Batman fan looking to break down the hero, his world, and his rogues in complex ways that we, as readers, may not fully realize.